Boise and “I, Too, am America”: Now Accepting Session Proposals for the 2023 Annual Conference 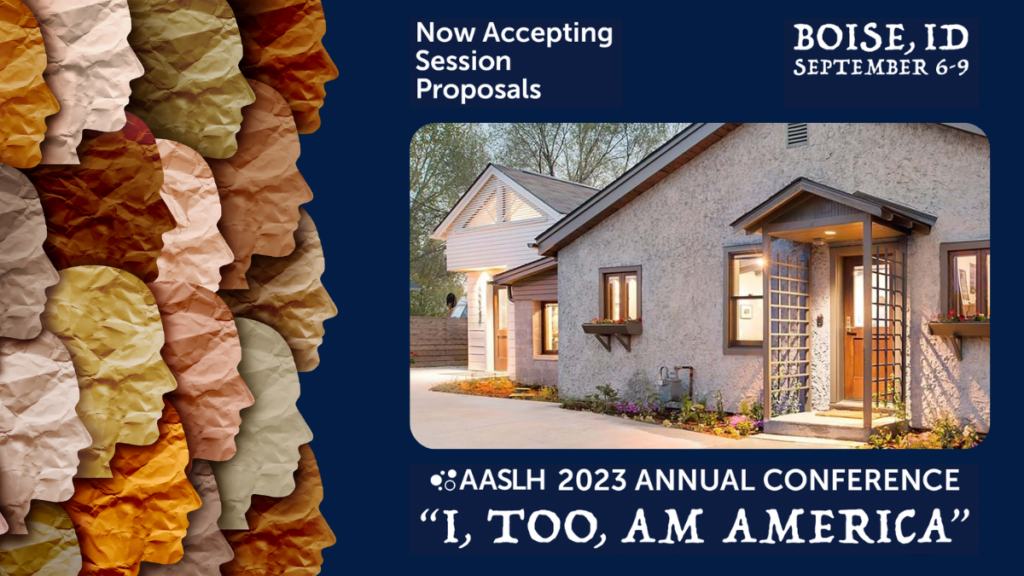 Boise, Idaho will host the 2023 AASLH Annual Conference, which has the theme of “I, Too, Am America.” The conference will be held September 6-9, 2023.

This theme was chosen because it draws on the broadening concept of American identity that is found in Making History at 250: The Field Guide for the Semiquincentennial.

In the lead-up to America’s 250th anniversary in 2026, our conference themes are drawn from the five guiding themes that are included in the Field Guide. One of those themes is “We the People.” Since our nation’s founding, the concept of “we the people” has changed. Langston Hughes, in his poem “I, Too,” asserts his identity and that of all Black and African Americans as Americans when he writes “I, too, am America.”

Boise and its museums reflect the broad and inclusive concept of American identity highlighted in this theme. One example is the James Castle House, a historic site operated by the city that preserves the legacy of deaf and self-taught artist James Castle.

Castle never became proficient in reading, writing, or a conventional means of communication. Because of this he was excused from helping his family on their farm and was allowed to spend his days making art. He was extraordinarily skilled at making soot drawings and is also noted for his constructions made with found objects.

Castle’s art was unknown until his nephew shared it with faculty at a college in Oregon. Soon after, his art began to be displayed and sold. In the last 25 years, interest in his work has grown and major exhibitions have been mounted in Philadelphia, Washington, D.C., and Madrid.

James Castle, too, is America.

Session Proposals
We encourage everyone to join us in Boise and experience this beautiful—and diverse—city!

We also encourage everyone to share your perspective on state and local history by submitting a session proposal for the conference. Use the button below to submit your proposal.

Proposals are accepted through Friday, December 9.