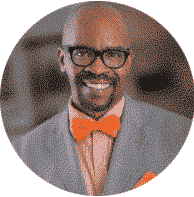 Richard Josey is the Founder and Principal Consultant for Collective Journeys LLC, a consultation and contracting service for museums and historical organizations interested in producing inclusive historical narratives. Richard spent 20 years building inclusive narratives at The Colonial Williamsburg Foundation and the Minnesota Historical Society. Josey began his career in 1985 as a history interpreter portraying African-Virginian experiences in the 17th and 18th centuries, including slavery. In 2001, he became a manager of interpretive programs and soon after supervised staff and developed programs that cross class, race and gender boundaries. In 2012, Josey became the Manager of Programs at the Minnesota Historical Society and directed the development of interpretive programs and provided administrative supervision and support for the Society’s network of 26 historic sites and museums. Richard is an alum of the Getty Leadership Institute and the formerly titled Seminar for Historic Administration, now the AASLH History Leadership Institute (HLI). He serves on the faculty of HLI, as well as the George Washington Teacher’s Institute, is assistant chair for the AASLH Diversity & Inclusion Committee, and also serves on the AASLH Task Force on the U.S. 250th and the History Relevance Steering Committee.