This webinar asks how we can better incorporate African American women into our histories of women’s suffrage and voting rights. This question challenges often stated assumptions about a narrative that goes from Seneca Falls to 1920. And from this vantage point, ratification of the 19th Amendment was not a clear victory in the struggle for women’s rights. As white American women celebrated being granted the vote, many black women remained disenfranchised for another 45 years. Southern states used laws and lynching to keep them away from the polls, just as they did their fathers, husbands and sons. American women appeared to have won a constitutional revolution, but across the South discrimination rooted in sexism proceeded in lock-step with racism. We will explore this other campaign for women’s voting rights – the battle against Jim Crow – waged by black men and women together. Their story began in the early decades of the 19th century, and culminated at last in 1965 with the passage of the Voting Rights Act.

This webinar is part of the History Check-In webinar series, a partnership between the American Association for State and Local History (AASLH) and the Organization of American Historians (OAH). Each webinar in this series is designed to provide history professionals from throughout the field with an update on the current state of historiography for a particular subject.

COST: $20 Members of AASLH and OAH (OAH members should contact OAH for a discount code) / $30 Non-members

We will record this event. Access the Recorded Webinar in the AASLH Resource Center after the event has passed. Registrants of this event receive complimentary access to the recording in their Dashboard.

Closed captioning is provided for this event. 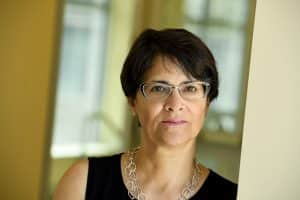 Professor Martha S. Jones is the Society of Black Alumni Presidential Professor and Professor of History at The Johns Hopkins University. She is a legal and cultural historian whose work examines how black Americans have shaped the story of American democracy. Professor Jones is the author of All Bound Up Together: The Woman Question in African American Public Culture 1830-1900 (University of North Carolina Press, 2007) and Birthright Citizens: A History of Race and Rights in Antebellum America (Cambridge University Press in 2018,) winner of the Organization of American Historians Liberty Legacy Foundation award for the best book on the history of civil rights. She is also a coeditor of Toward an Intellectual History of Black Women (University of North Carolina Press, 2015. Professor Jones frequently writes for broader publics at outlets that include the Washington Post, the Atlantic, USA Today, Public Books, the Chronicle of Higher Education, and Time. She is currently completing Vanguard: A History of African American Women’s Politics – to be published in 2020 in conjunction with the 19th Amendment’s centennial – and is at work on a biography of Supreme Court Chief Justice Roger Brooke Taney. Professor Jones serves as a Co-President of the Berkshire Conference of Women Historians, and a member of the Organization of American Historians Executive Board.