Exploring History Through the Power of Place 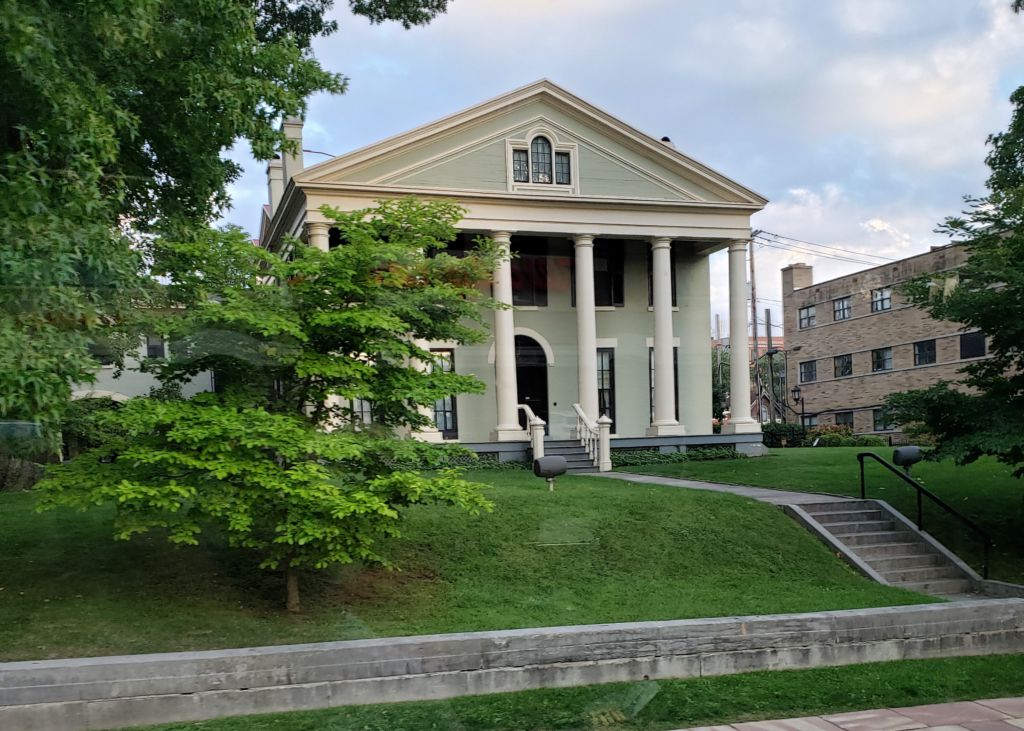 I am so thankful I got to attend my first AASLH annual conference in Buffalo with a Small Museums Scholarship!

The conference itself was fantastic with inspiring sessions, ample networking opportunities, and the chance to learn from my peers across the country. But I got so much more through the conference’s theme, The Power of Place, by immersing myself in the historic sites of Buffalo and the surrounding region. 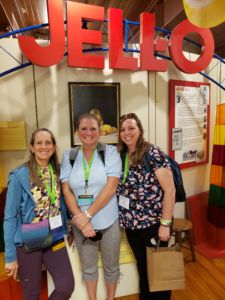 On the first day I went on the tour of LeRoy’s JELL-O Gallery Museum (which included the LeRoy historic house and a transportation exhibit). People outside of Utah may not know this, but JELL-O is an important and beloved food to Utahns; it was even selected to represent the state on a 2002 Olympic collectible pin, and the Museum has a large JELL-O arch that was on display in Salt Lake City during the 2002 Olympics. Next, we stopped at Genesee Country Village & Museum, a sprawling living history museum where I spent hours learning from a historic gardener, a cooper, and a seamstress about their crafts and the history of the region. Although northern Utah and western New York are vastly different, I was able to make many connections between my own local history and traditions and the history I was learning throughout the site. The historic buildings at Genesee are beautifully restored and interpreted, and I could have easily spent all week exploring them.

That evening was my favorite event and field trip: “Welcome to the City of Lights” at the Buffalo History Museum. The building, the only remnant from the 1901 Pan-American Exposition, was beautiful but the exhibits inside made it spectacular. The approach to telling the history of the Native nations of the region is inclusive and approachable. The sports history gallery was fantastically put together and helped me, a non-sports fan, understand why sports and the Buffalo Bills are such an important part of Buffalo’s community. After exploring this gallery, I understood why every Uber driver or local employee I encountered told me about the upcoming Monday Night Football game the Bills would be playing as their home opener the next week. The county history gallery laid out the importance of Buffalo, the Erie Canal, Pan-American Exposition, Teddy Roosevelt, industry, and adversity and the complex intersections that shaped the region into the place we visited this year. But most impactful was the art display by Marie Watt of monumental textiles and sculptures encompassing Native worldviews. Watt’s art also highlighted Nancy Bowen and her tragic homicide trial in 1930, using Bowen’s name in neon lights to recall indigenous voices of the past tied with contemporary movements in representation. 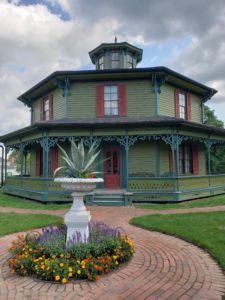 Although I did not get the chance to visit the Theodore Roosevelt Inaugural National Historic Site, I drove passed it several times and was able to see the house from the road. It was while reading the exhibit at the Buffalo History Museum about President McKinley’s assassination at the Pan-American Exposition that I realized not only did history happen here, but history happened on this date. On September 14, 121 years ago, just down the street, Theodore Roosevelt was sworn in as president. The house of Roosevelt’s friend Ansley Wilcox was never meant to be a site of national historic significance. But the course of history has made it the place where Roosevelt’s presidency began.

The other evening events and tours I attended were just as impactful. Dining on the Erie Canal and listening to jazz at the Colored Musicians Club were more memorable because of the history of the places themselves. As I wandered around Buffalo, I was struck by the architecture and beautiful buildings all around me. You can see the importance of preservation and revitalization to the community. 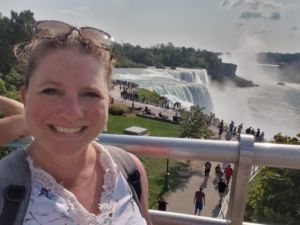 On the final day I was in Buffalo, I took the opportunity to visit Niagara Falls and see the sheer power of so much water cascading down the river. The award-winning project that brought me to the conference in the first place, H2O Today in the Bear River Heritage Area, focused on the importance of water as both a historic and contemporary topic during a period of extreme drought in the state of Utah. Water is one of the most universal elements, yet how we use, need, and interact with water is so diverse. Coming from a high desert drought state and being drenched with water under this natural wonder really emphasized the power of place and how it impacts history.

I can’t wait to attend AASLH again next year in Boise to explore more regional history closer to home!