By Emily Libecap, International Museum of the Horse, Lexington, KY

As Content Administrator Intern for the Chronicle of African Americans in the Horse Industry, I wanted to share my approach to reading sources with a different lens, and how to make the most of existing sources while questioning the biases of the past.

The Chronicle of African Americans in the Horse Industry is a digital history project in development, as a website being created by the International Museum of the Horse (IMH). With this initiative, the Chronicle preserves and displays the stories, artifacts, and images of African Americans who have contributed to the horse industry. From individual person profiles to themed stories to virtual artifact exhibits, the Chronicle presents this marginalized history in new ways to audiences who may know nothing about it.

Creative research strategies are often the key in discovering how African American horsemen and women contributed to the equine industry. The Chronicle provides historical context to their lives, preserves their stories, and shares them with the world. To do so, the museum’s team of researchers and writers work with the available sources, even if they are biased or fragmented.

As the Content Administrator Intern, I take sources previously assembled by the Chronicle’s researchers and transform them into person profiles. You can read more about this process on the Chronicle’s blog.

Sources that focus solely on African American horsemen, either individually or as a group, are scarce. A few monographs and biographies provide a comprehensive examination of their histories:

Aside from these helpful secondary sources, some rare primary sources do exist. These include written memoirs, oral histories, and magazine interviews. Genealogical records are useful, too, thanks to community historian Yvonne Giles, who is skilled in tracking down these valuable sources. However, there are other kinds of sources that may not be apparent at first glance. 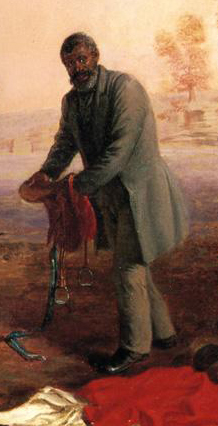 Getting Creative with Sources

My love of research often pushes me to discover unique sources. I was initially inspired by Pellom McDaniels III and his article “An Accidental Historian in Antebellum America” (2015). He discusses the life and work of Edward Troye, who painted Thoroughbred horses in the mid-nineteenth century. As McDaniels found, Troye ended up documenting more than he originally intended to.

McDaniels explains, “Through an examination of his life, experiences, and a close reading of a few of his paintings, Troye becomes a kind of accidental historian, who through his efforts to record the property of horse breeders and slaveholders created a visual record of African American men and boys who would otherwise be lost to history.”

Inspired by McDaniels’s approach, I reconsidered other sources as potential places to gather information about Ansel Williamson. Williamson was born into slavery in Virginia and was purchased by a wealthy Thoroughbred breeder in Kentucky. There, Williamson learned to train and condition horses, and became a talented trainer. He is best known for training the 1875 Kentucky Derby winner Aristides, yet sources about Williamson himself are scarce. Using genealogical records, we were able to gain a general sketch of his life. 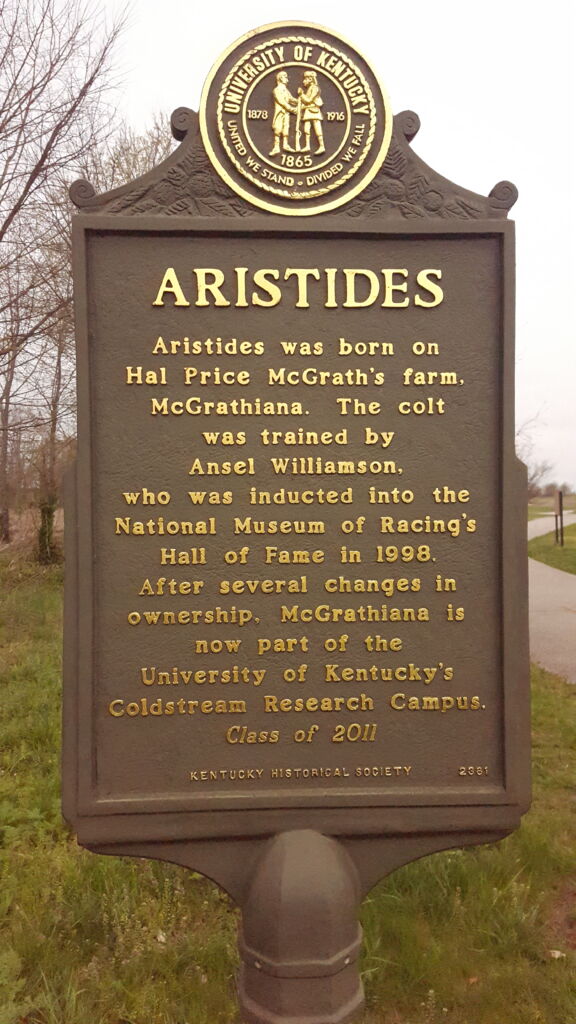 I had heard that a highway marker memorial to Williamson had been constructed in Lexington. Yet, searching for this marker was fruitless—until I thought to search for Aristides, the horse he trained, instead. Sure enough, once I adjusted my search to look for information on Aristides, the marker, its donation, and dedication came up immediately in my search. The historical marker was installed in 2012 at the Coldstream Research Campus, the former site of the McGrathiana farm.

While the marker only contained a passing reference to Williamson, and focuses mostly on Aristides and his owner, the marker’s existence is what matters most. In this case, the “accidental historians” are the makers of the marker, the Kentucky Historical Society. While intending to honor a horse, they also included Williamson and honored his legacy in a permanent, public way. Like the horsemen depicted in Troye’s paintings, Williamson was intended as an afterthought, but remains as a figure worthy of further study and remembrance.

This goes to show the value in creatively considering existing sources. You never know what might be helpful in illuminating the life of someone from the past. Encountering a dead end while researching does not mean your work is over—it may mean that your hunt is just beginning!