Meet a Member: Ah-Tah-Thi-Ki Museum of the Seminole Tribe of Florida

Meet a Member: Ah-Tah-Thi-Ki Museum of the Seminole Tribe of Florida

Meet a Member is a biweekly blog series spotlighting our members. AASLH has 5,500 fascinating members working hard for the field of history, and we want to show them off. Each month we feature one individual and one organization.

Ah-Tah-Thi-Ki Museum of the Seminole Tribe of Florida.

The Museum of the Seminole Tribe of Florida is a place for Tribal members and visitors to learn and remember (the meaning of Ah-Tah-Thi-Ki in the Mikasuki language). 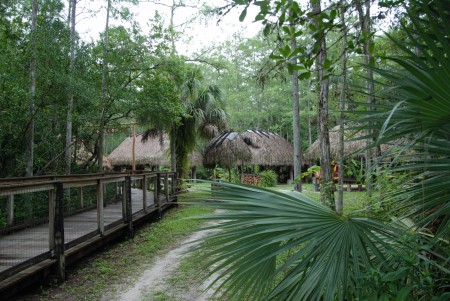 The Village on the Museum grounds, where Tribal members make and sell traditional Seminole crafts.

When and why was the museum established?

The Museum was opened in 1997 on the grounds of Chairman James E. Billie’s old campgrounds.  He set aside the land in order to have a place to tell the Seminole story. The official mission of the Museum states that we strive to celebrate, preserve and interpret Seminole culture and history and be an essential resource for the cultural heritage of the Seminole Tribe of Florida.

Tell us about your staff and volunteers.

Despite our remote location, we have a vibrant intern and volunteer program in the Collections division. Interns come from nearby universities on a professor’s recommendation. Both volunteers and interns generally come once a week and scan documents and photos, enter information into the database, or digitize newspapers, for example. They also work with exhibit creation, conservation, and attend division meetings in an effort to familiarize each with the field of museum work. 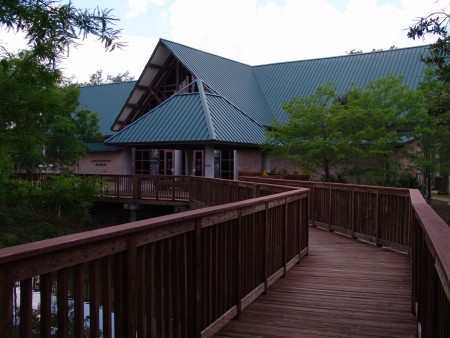 Front of the Ah-Tah-Thi-Ki Museum

Membership in the program has given us access to so many great resources. And it is an honor to be affiliated with other museums and programs in the state. 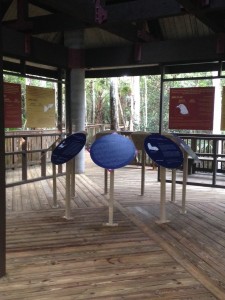 Newly refurbished clan pavilion, explaining the Seminole clan system. Located on the mile long boardwalk that winds through the cypress dome directly behind the Museum, and leads to the Village.

Why is history important to the museum?

History is everything to our Museum since we connect history to the present-day Seminole Tribe of Florida. For example, one of our most well-received exhibits recently was on Seminole patchwork, entitled “Modern Seminole Patchwork: It’s Not a Costume.” Although the patchwork technique is over 100 years old, it has been adapted and continues to be worn in modern times. History informs the present.

What is happening or upcoming at your institution?

We have a fascinating new exhibition, “Struggle for Survival, 1817 – 1858,” which opened in December and runs through November 24, 2016.  It deals with the idea that between 1817-1858 there were not three separate wars but one long tumultuous conflict that included removal efforts by the U.S. military and a resistance that allows the Tribe to call itself the Unconquered. We also have an oral history exhibit installed in our Nook gallery featuring Tribal members’ stories and remembrances of growing up Seminole.

Connect with the Ah-Tah-Thi-Ki Museum:

June 22nd, 2018
Speak Up for the NEH + More Ways to Advocate for History and Museums (Weekly Dispatch)