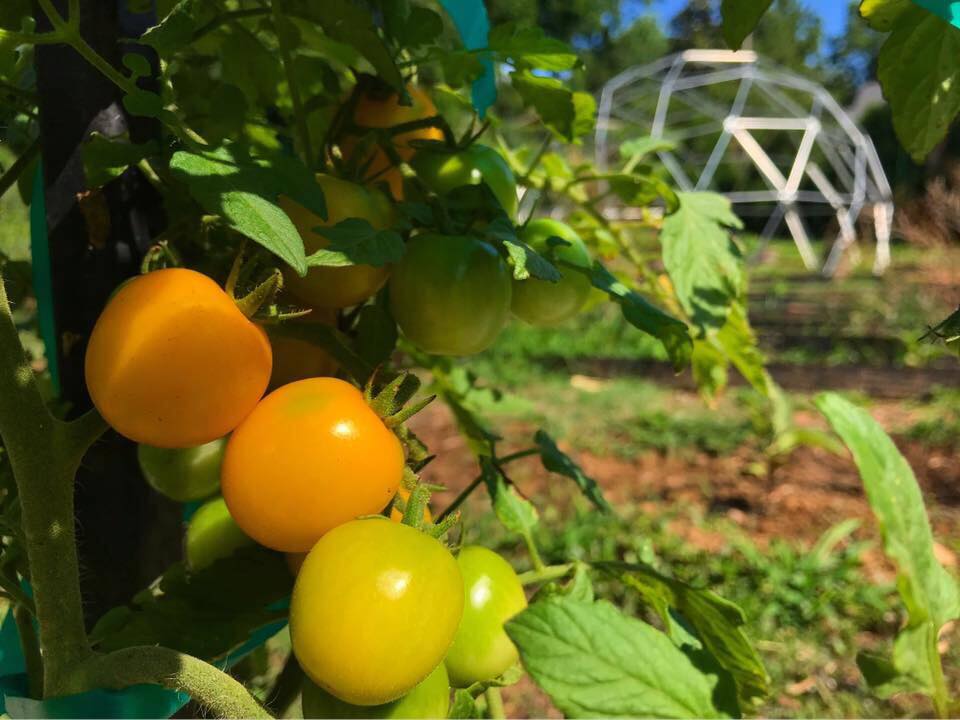 When spring rolls around, Eric Jackson, head gardener at Old Salem Museums & Gardens, is normally setting up the spring rotation in the site’s historic gardens: nasturtium, foxglove, and unique heirloom vegetables, like salsify and good-king-henry. It’s an assortment designed to showcase the diversity of historically cherished plants in the museum’s seed collection.

But this year, things are different. Instead of flowers and unusual veggies, Jackson is mounding up soil for a robust potato crop and planting familiar, table-friendly like beets, carrots, and sweet potatoes. At harvest, these high-yield, nutrient-dense, and shelf-stable crops will go directly to local food banks through Second Harvest Food Bank.

The change is part of Old Salem’s response to the COVID-19 crisis. President and CEO Franklin Vagnone’s philosophy of community service spurred the transformation from historic gardens to twenty-first-century “Victory Gardens.” As Vagnone assessed the local impact of the crisis, he says, “we quickly realized that Old Salem’s existing garden and plant propagation resources are already geared towards growing food plants. It was a logical next step to use them to help those in need during this difficult time.” 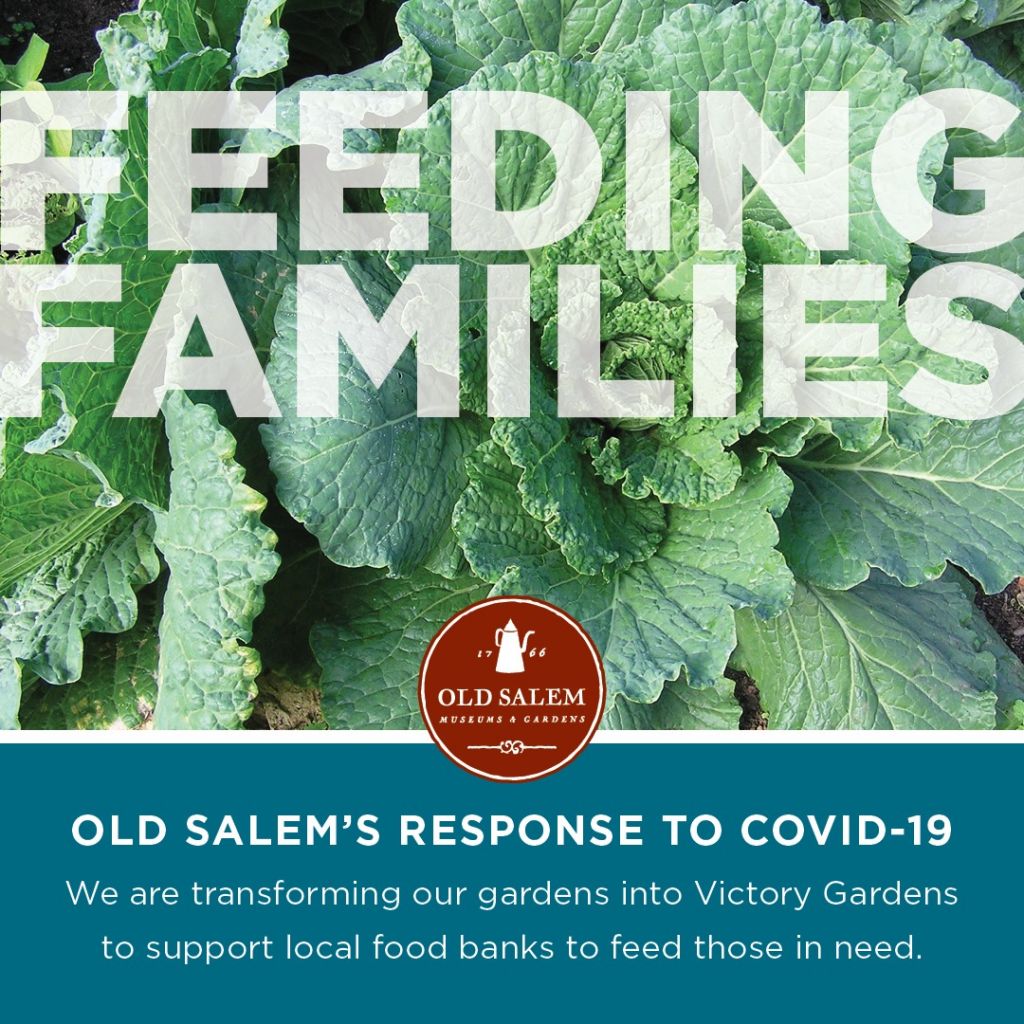 The gardens are a new focus of shared effort for the twenty-three staff members who remain at work since the COVID-related closure prompted the layoff of Old Salem’s large hourly staff. Many—including Vagnone, to sometimes comic effect—are taking up the rake and hoe to help grow food. The museum’s newly renovated Winkler Bakery Annex has also been pressed into service. Head Chef Chad Smith is churning out fifty loaves of bread for donation each day, using kitchen facilities that normally help support education programs and a retail baked-goods operation. “It’s a no-brainer,” Vagnone says. “We’re part of this community, and if we can do anything to help in a crisis, we should.”

Old Salem is just one of many museums across the country dedicating landscape and garden resources to COVID-19. In Tulsa, Oklahoma, the Philbrook Museum of Art is expanding its edible garden as well. The effort began well before the pandemic, building on a strong foundation; with twenty-five acres of garden surrounding its historic villa, the museum had already done a bit of food gardening for onsite use, and even planted a vegetable garden during the Great Recession of 2008. When President Scott Stulen arrived in 2016, bringing a can-do DIY mentality to his post, he helped reposition the garden as a space for visitor engagement, a celebration of the region’s cuisine, and a community resource. In partnership with the Tulsa Urban Bee Company, the museum installed twenty-three beehives and began growing more produce for its onsite restaurant as well as for the Community Food Bank of Eastern Oklahoma and Food on the Move, a mobile food distribution project. So the idea of expanding the site’s food-growing potential “didn’t come out of thin air when the crisis arrived,” Stulen said. As the virus outbreak unfolded, the staff determined it would be possible to triple the size of the vegetable garden, getting in three full seasonal crop rotations. What’s more, they are planning to keep it at that scale for the long haul. “We want to give back and contribute what resources to we can to the community,” says Stulen. “I don’t expect this to stop.”

Growing food is a pragmatic way for museums to put their assets in service to local communities—and the need is great.

Food insecurity in the United States was already high pre-COVID; according to USDA studies, more than one in nine Americans struggled to get enough to eat. The COVID crisis only deepens insecurity. Facing widespread unemployment, suspended school lunch programs, and grocery  shortages, Americans are struggling to fill the pantry. Feeding America, the nation’s largest hunger prevention charity, projects that an additional 17 million of our neighbors—or 46% more than usual—will need food assistance over the next six months.

Such deep need changes the way you look at a garden. At most historic sites, gardens are primarily an interpretive tool. But in the COVID crisis, gardens can contribute to community support in an even more direct way.

Why have so many museums turned to the Victory Garden as model and inspiration? “While wartime supply chains demonstrated some of the frailties in our industrial food distribution networks, Victory Gardens came to the rescue,” says horticulturist and garden historian John Forti, Executive Director of Bedrock Gardens. Forti notes that WWII garden campaigns not only taught people to plant food, they also brought a hope-filled connection to soil, senses, and beauty that helped build morale. The vibrant imagery of political propaganda helped cement the Victory Garden in public memory as a positive communal effort. And what’s more, they worked. At their wartime peak, 20 million home gardens produced more than 40% of the fresh produce consumed domestically, allowing farm products to be diverted to troops and allies overseas.

The idea of food gardening for collective purpose, though, long predates World War II. Beginning in the late nineteenth century, what the Smithsonian Libraries have called “Gardening for the Common Good” has emerged over and over again. As I describe in Interpreting Food at Museums and Historic Sites, hunger-relief gardens, rooted in Progressive reform efforts, took off formally in 1893, when Detroit Mayor Hazen Pingree set aside vacant lots to serve as food gardens. The city’s poor could apply to work on a patch, keep the produce, and sell any excess. Dubbed “Pingree’s Potato Patches,” this model spread to twenty-five other major cities in a movement that only waned when the financial depressions of the 1890s lightened.

In World War I, the strategy returned again as President Wilson promoted “Liberty Gardens,” replacing poverty with patriotic duty as a motivation for gardening. In the 1930s, poverty again drove a garden movement as the Hoover administration implemented “Relief” or “Welfare Gardens” to provide work and shore up the faltering food supply. By 1938, recovery was underway and the Welfare Garden program came to a close—only to be revived in 1941, when President Franklin D. Roosevelt sought solutions to the problems of malnutrition, shortages, and freeing up war resources. As recently as the Great Recession of 2008, the idea came to life again with Michelle Obama’s Victory Garden, planted on the White House lawn, where Eleanor Roosevelt’s had once been. In addition to communicating the utility of gardens for food relief, it supported the First Lady’s platform on health and nutrition.

The Philbrook and Old Salem are part of a much larger cohort. Minnesota’s Oliver Kelley Farm is starting seedlings for its own Victory Garden, sharing information and how-to instructions on its Facebook page.  Colonial Williamsburg has begun producing food for Meals on Wheels and Williamsburg House of Mercy in its hospitality kitchens, and the historic gardens are bagging produce for distribution via the Village Initiative, a local equity organization.

There’s more to these efforts than being a good neighbor. The willingness to repurpose museum spaces and resources to fill an emergent community need is evidence of a more profound shift many museums are making. As Forti puts it, “more and more museums are coming to follow the lead of public interest to give greater focus and attention to the world outside our walls.” Forti believes that living collections, cultural and historic landscapes can play a central role in that work. “Museums and public gardens are stepping up to fill obvious voids in educational and public services, knowing that cultural leadership is critical for connection,” he says. “If we can safely engage staff to create spaces that utilize our land and landscapes to feed our communities, we can also teach lessons of resilience.”

Museums moving toward a community-centered practice ask first “what do people need?” and “how can our resources help?”

Research has already affirmed that museums and historic sites can increase social and cultural capital, empowering communities to better meet their own needs. But putting museum resources directly in service to that community represents a new horizon in museums’ relationship to their communities, moving from the abstract world of social ties and new knowledge to the concrete world of potatoes, tomatoes, tutorial videos, or 3D-printed ventilator parts and unused N95 masks. These gifts are more profound: the stuff that makes a difference between life and death.

The gift of a museum’s food is a gift of its people, time, and resources. Geographer David Crouch, in his studies of British community gardens, calls the resulting social connection a “gift relationship” that represents a deeper interpersonal connection than one based on transactions or one-way service delivery. By giving produce, seeds, and know-how, gardeners planted “seeds for possibility and social progress, a new way of social organization in the sharing of what is grown and mutual reliance.” 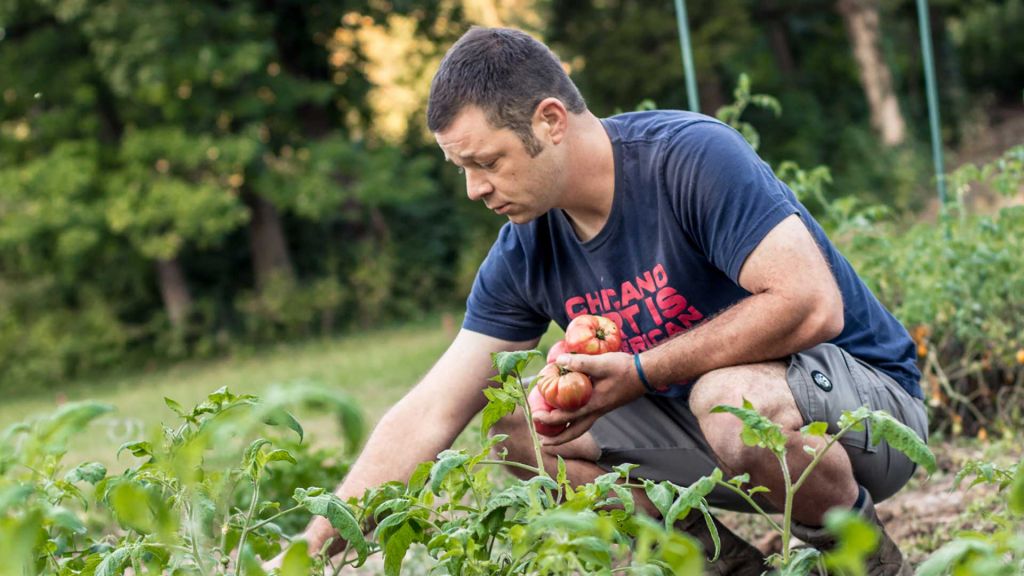 As museum gardens produce food for their neighbors’ tables, they help to build  what Crouch calls a “culture of reciprocity” in which the museum is not just a donor or service provider, but a community member and recipient of community appreciation and belonging. At the Philbrook, Stulen has already seen the results. “People in the community that kind of thought of the museum as, like, a country club, now know it’s really a place for everyone,” he says.

In a time that will challenge museums and historic sites in every way, linking historic landscapes with contemporary tables is one way museums can assert that they are not just decorative luxuries, but vital community assets worth supporting and defending. Maybe even essential.

Michelle Moon is a museum professional and a food studies scholar, and the author of Interpreting Food at Museums and Historic Sites (2015) and Public History and the Food Movement: Adding the Missing Ingredient (2017 with Cathy Stanton).