YORBA LINDA, Calif., June 2, 2016—A completely new interactive presidential museum is opening at the Richard Nixon Presidential Library on October 14, 2016. The opening will come nearly a year after the $15-million construction began on the 25-year-old exhibits.

After opening, the Nixon Library will be the newest presidential museum in the nation. The new museum will inspire guests to take an unexpected look at the life and legacy of our 37th president utilizing new technology and originally produced interactive media, creating a state-of-the-art learning environment. 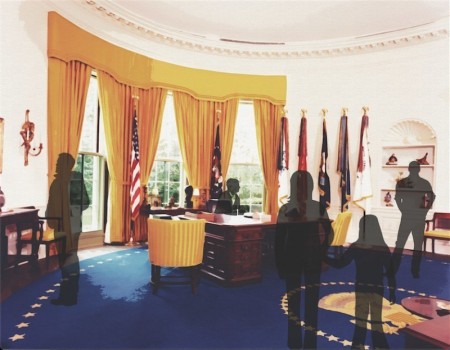 The opening ceremonies on Oct. 14 at 11:00 a.m. will include national, state and local leaders; Nixon family members; representatives from the Nixon Foundation board of directors and the National Archives and Records Administration (NARA); and many of the dozens of benefactors who made the new museum possible.

The opening celebration continues the following day on Saturday, Oct. 15, when the Nixon Foundation and National Archives will host a day of discussion on President Nixon’s life, times and legacy, bringing together experts on the Nixon era and the creators and designers of the new museum.

“President Nixon himself offered during the planning of this Library, ‘I hope the Nixon Library will be a vital place of discovery and rediscovery, of investigation, of study, debate and analysis,'” said David Ferriero, Archivist of the United States at recent event honoring Library supporters. “This Library is living President Nixon’s vision and NARA’s mission,” he added.

On Feb. 9, 10 and 11, 2017, the Nixon Foundation and National Archives will officially dedicate the New Nixon Library and Museum with a gathering of those who served in the Nixon administration; a celebration of Chinese culture in honor of President Nixon’s special relationship with the PRC; and the launch of the inaugural Nixon Global Affairs Forum that will examine and analyze the current geopolitical situation in light of President Nixon’s foreign policy experience and vision.

The new museum is being designed, produced and constructed by Thinkwell Group, a global experience design company that has created major projects for the leading studios, theme parks and professional sports leagues; and Cortina Productions, a creative, multi-media design and production company specializing in museum experiences.