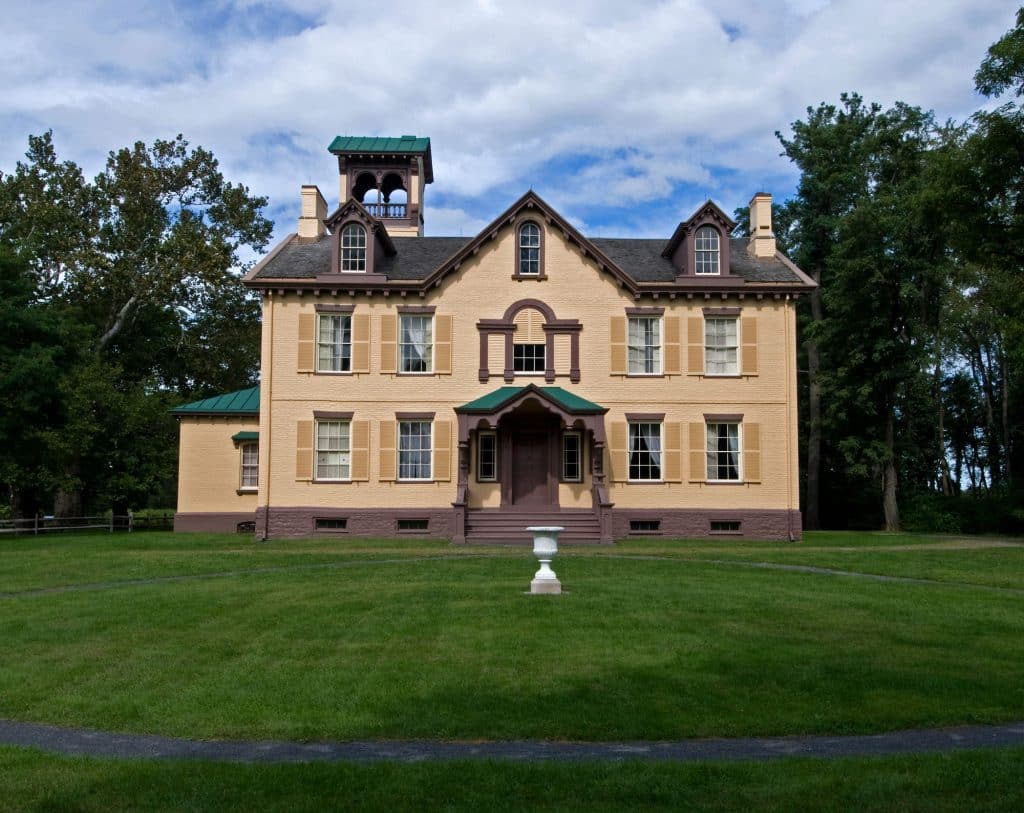 Are Americans still interested in history? This simple question elicits passionate responses, but it remains remarkably difficult to answer. Recent articles on visitors’ negative reactions to discussions of slavery on southern plantation tours highlights some Americans’ unwillingness to confront honest interpretation and hard truths about the nation’s past. Other stories argue that visitation declines at prominent history institutions like Colonial Williamsburg, the Smithsonian National Air & Space Museum, and Gettysburg National Military Park reveal that American historic sites have “lost their allure” and that “the American story is losing its pull.” Other studies have shown that Americans have difficulty answering history-based questions from the U.S. citizenship test. Collectively, such stories leave audiences with the impression that Americans are increasingly disinterested in learning about the nation’s past.

And yet, these stories, particularly those focused on visitation, demonstrate a tendency to select a limited number of data points from long-established sites and ask them to stand in for the wider field. An analysis of all National Park Service sites that have a primarily historical function—all of the National Historic Sites, Historical Parks, and Battlefields in the NPS system, along with the Memorials, Monuments, and other sites primarily focused on human history, rather than natural history or the environment—reveals that, since 1979 (the first year for which data is available), the average number of annual visits to such parks and sites has increased considerably. While average visitation to these sites experienced peaks and valleys during the 1980s and 1990s, it has been increasing fairly steadily since the early 2000s. The 2010s saw substantial growth until 2016, when visitation began a sharp decline. Despite that decline, however, average visitation in 2018 was still higher than it was in the beginning of the decade, and the 2010s feature higher average visitation numbers than any previous era. From 2014 through 2017, NPS history sites averaged more than 500,000 annual visits, the first time in the data visitation surpassed that threshold. While some NPS sites, like Gettysburg, Colonial National Historical Park, or Valley Forge, have experienced declines, others, like the Boston African American National Historic Site, Lincoln Memorial, or Pearl Harbor National Memorial, have seen consistent increases.

Likewise, the total number of visits to NPS history sites is much higher today than it was in 1979. NPS history sites totaled just over 56 million visits in 1979, compared with more than 109.5 million in 2018—a 95 percent increase. Over that same period, the total U.S. population has only grown about 45 percent, while the global population has grown about 72 percent. Additionally, unlike the average annual visitation, total visits has grown fairly steadily over the entire forty-year period for which data is available. That so many more people are visiting a growing number of history sites within the National Park Service seems to suggest a robust public interest in American history. 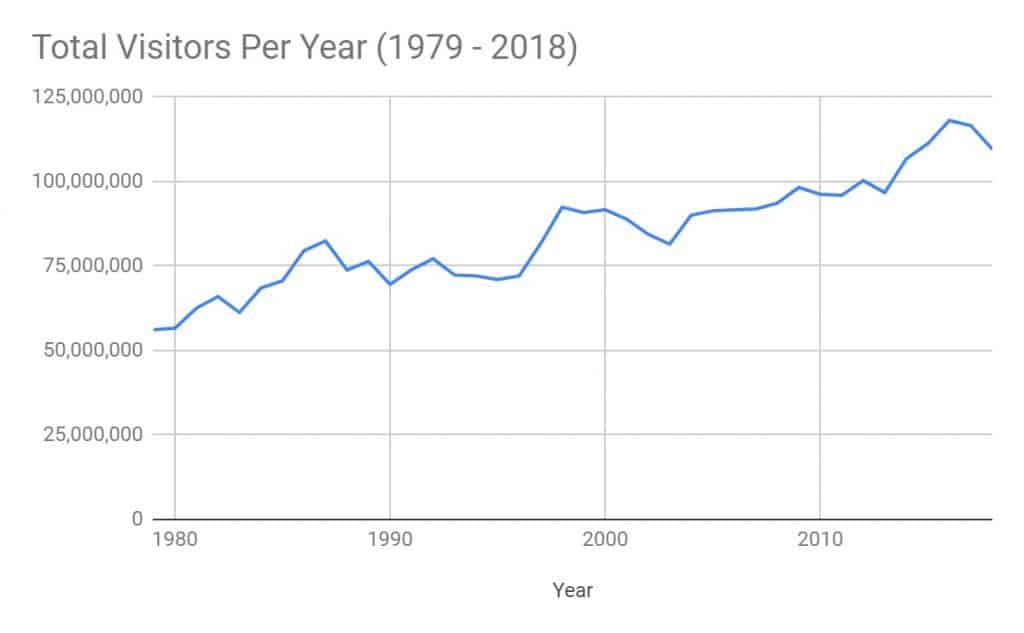 This data, along with other data recently analyzed by the Humanities Indicators, present reasons for optimism for history institutions, with both average and total visitation to NPS history sites growing over time—signaling a continued or growing interest in the nation’s history. The data raise several new questions—what is the proportion of unique visitors to repeat visitors? How has the number of international visitors changed over this period?—but this more complete view of visitation trends differs significantly from the story of perpetual decline that has been repeatedly told regarding visitation to America’s historical sites.

The data also suggest that interest in history might simply be changing, rather than declining. For example, while it is true that visitation to some of the larger institutions such as Colonial Williamsburg and Gettysburg has fallen in the past few years, this may be less a result of Americans becoming disinterested in their history (as some commenters claim) than it is a result of Americans becoming interested in different kinds of history. According to the NPS data, seventy-four sites have opened since 1979, with forty-eight of them opening since 1989 and thirty since 1999. Many of the NPS history sites opened since 2000 involve African American history (Brown v. Board NHS; Little Rock Central High School NHS; Martin Luther King Jr. Memorial; Tuskegee Airmen NHS; Charles Young Buffalo Soldiers NM) and women’s history (First Ladies NHS; Belmont-Paul Women’s Equality NM; Rosie the Riveter WWII Home Front NHP; Women’s Rights NHP), as well as the history of Indigenous people, Latinx people, LGBTQ people, and immigrants in America. This same period has seen some of the strongest visitation growth of any period for which data is available. This could suggest that as the National Park Service’s sites and interpretation have grown more inclusive of a broader range of histories and more representative of the nation, an increasing number of Americans are visiting.

NPS data suggest that Americans are not ignoring historic sites, but rather visiting those that tell more relevant and engaging histories. They suggest that Americans’ interest in history, and in visiting historic places, remains as high as ever. It also raises new questions about who is visiting and why, which others in the field (like Colleen Dilenschneider and Susie Wilkening) are able to address with an increasing level of specificity. Analysis of nationwide trends like visitation requires a broad lens and the use of the best data we can gather. As more institutions make their data available, and as organizations like AASLH expand their research and their ability to survey the field as we approach the nation’s 250th anniversary, we will improve our understanding of how Americans view history.

For more on visitation trends at U.S. history organizations, check back with AASLH the week of November 4th, when we will publish the results of our National Visitation Survey.