Reconsideration of Memorials and Monuments

Reconsideration of Memorials and Monuments 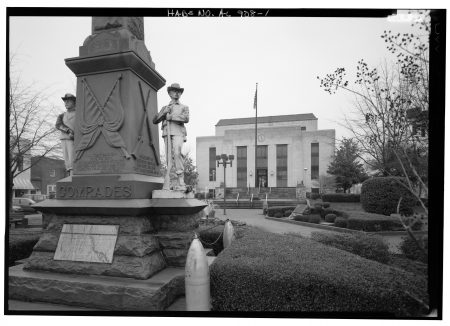 Communities throughout the United States are in the midst of a widespread reconsideration of symbols of the Confederacy and white supremacy. The murder of nine African Americans in Charleston, South Carolina, in June 2015 is the most immediate cause of this scrutiny, but the national discussion of race and violence that emerged in response to the deaths of Trayvon Martin and Michael Brown has also led communities to examine monuments.

The debates over Confederate statues and symbols are con­centrated in the South, but are also occurring in places like Harvard Law School, which recently removed a shield hon­oring the slaveholding Royall family. Although some people may regard the vehement arguments over these symbols and the calls for removal of monuments as a new part of twenty-first-century life, protests over the display of Confederate monuments and emblems go back decades.[1]

This issue of History News features three articles, each offering perspectives on the history and present-day legacy of the symbols and history of slavery and the Confederacy. Jill Ogline Titus discusses the history of Confederate memo­rials on the Gettysburg battlefield. F. Sheffield Hale, presi­dent and CEO of the Atlanta History Center, describes the sophisticated, user-friendly toolkit that his staff developed to help organizations and individuals interpret monuments to the Confederacy. Finally, Kelley Fanto Deetz, Bradley Lynn Coleman, Jody Allen, and Thomas E. Camden describe the work of a coalition of colleges and universities recognizing their fundamental connections to slavery and commemo­rating the lives of enslaved people who lived and worked at these institutions. 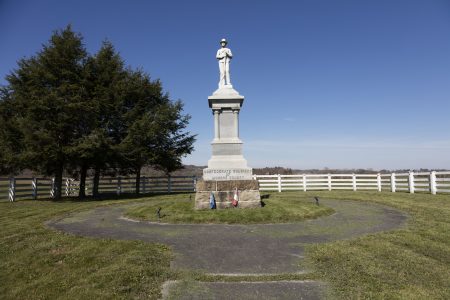 There are Confederate monuments even in states that fought for the North. This 1901 monument in Monroe County, West Virginia, was dedicated to “men who served the lost cause,” Photo by Carol M. Highsmith, Library of Congress, Prints and Photographs Division.

These articles provide examples of how museums and cultural institutions are engaging with the history of slavery and monuments to the Confederacy, but they do not provide a one-size-fits-all template for communities grappling with this issue. Such a tool cannot exist, in large part because each community discussing these monuments must engage with both the local historical context and larger historical trends. Because the discussions of Confederate monuments are local and engage with interpretations of the past, institutions concerned with local and state history could be involved in their communities as they contend with these issues. Yet many history organizations appear to be uncertain about what they should do or say about these monuments or have opted to maintain official silence, fearing that any statement could alienate local politicians, donors, friends, and neighbors. Silence, however, often speaks volumes.

This introduction provides a brief overview of how these Confederate monuments came to be placed in the land­scape and then discusses strategies used in the recent past to respond to criticism of these monuments. Ideally, museums and museum workers can use these articles and resources to deepen the discussion of Confederate symbols in their communities.

Memorials honoring Confederate soldiers and generals began appearing in the South during the latter part of the nineteenth century as organizations such as the United Daughters of the Confederacy sponsored monuments in towns and cities throughout the region. Scholars Kirk Savage and John Winberry have documented that, over time, the preferred site for these monuments shifted from cemeteries to civic spaces such as parks and courthouse squares. These obelisks, plaques, and statues not only honored individuals or common soldiers, but also asserted that the values for which the Confederacy fought, including white supremacy, had not been defeated. This monument building was part of a social, political, and cultural movement that celebrated the Lost Cause in official and popular culture.[2] 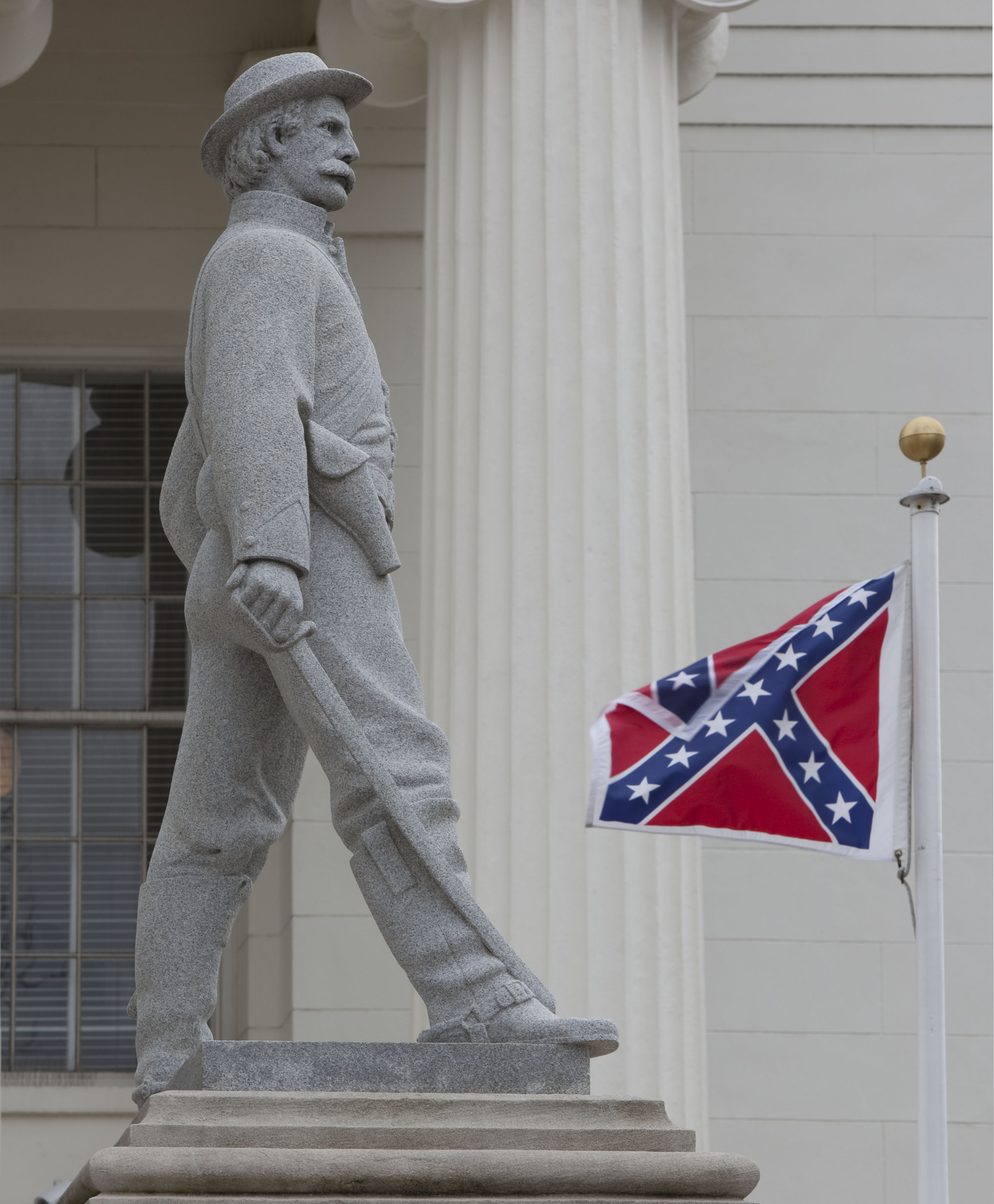 White southern women organized many of the efforts to memorialize Confederate soldiers. The Ladies Memorial Association raised funds to create the Monument to Confederate Soldiers and Sailors of Alabama, which stands on the capitol grounds in Montgomery. Photo by Carol M. Highsmith, Library of Congress, Prints and Photographs Division.

In the late 1800s and early 1900s, anyone would have understood the connection between a Confederate statue and the ongoing economic, legal, social, and political sub­ordination of African Americans. Racial violence, in the form of lynching, racial cleansing, and everyday harassment, enforced this social order through terror.

In addition to Confederate monuments, southerners created monuments overtly celebrating white supremacy, such as the commemoration of the 1874 Battle of Liberty Place, in which the White League led a coup against a New Orleans government made up of white and African American men. A subset of monuments placed before World War II focused on the “faithful slave” or free black individual who presumably allied with aristocratic whites. One of the most notorious of these monuments is the “Good Darky” statue of a deferential black man tipping his hat to passersby, which stood for decades in Natchitoches, Louisiana.[3]

Architectural historian Dell Upton argues that even as African Americans in the South gained political and eco­nomic strength, powerful whites have retained the ability to force many memorials focusing on African American history to conform to their tastes, often muting the message of these monuments. As monuments commemorating the Civil Rights Movement started changing the landscape, the historical markers, monuments, and other memorials to the Confederacy came under increasing scrutiny. Today’s propos­als to alter Confederate symbols in public spaces draw on strategies that have developed over decades: alteration, rein­terpretation, creating new monuments, removal, and doing nothing. Many communities have used several strategies over the years. These alternatives, it is important to note, are not exhaustive strategies for engaging with Confederate memorials.[5]

Altering a Confederate monument has the potential to make profound changes in its meaning. In Tennessee, the Maury County African American Heritage Society and the Genealogical Society of Maury County led the effort to add the names of county residents who fought for the Union to the local war memorial. A ceremony in 2013 dedicated a stone slab engraved with the names of fifty-four African American men who served in the United States Colored Troops (USCT) and four white men who fought for the Union. Many of the men who served in the USCT had been enslaved and were fighting to end slavery and ensure the permanent freedom of their families. Newspaper reports do not reveal the process by which this remarkable project occurred. The simple listing of names may prompt viewers to reconsider their previous ideas about who fought in the Civil War and their motivations.[6] 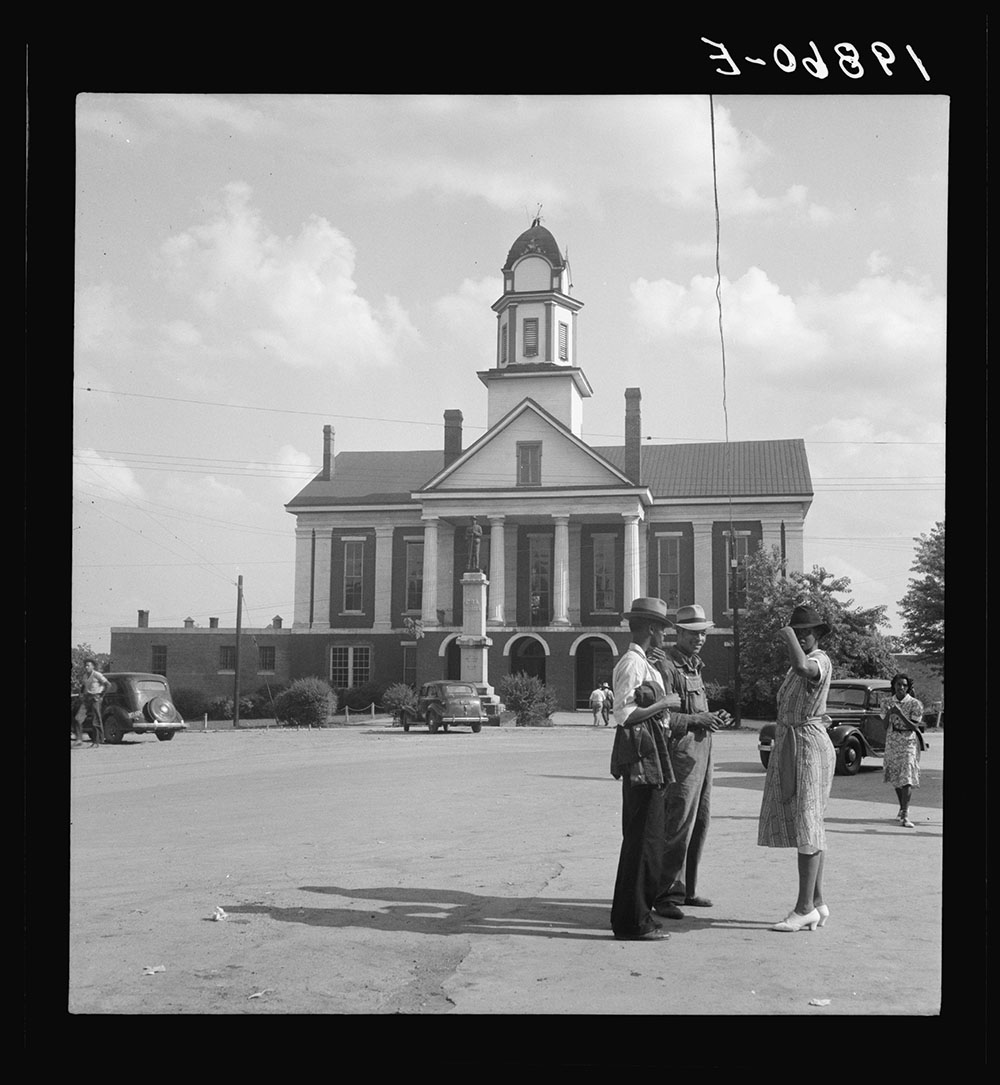 Dorothea Lange’s 1939 photograph captures the color line at work in Pittsboro, North Carolina. During the Jim Crow-era, Confederate monuments in courthouse squares throughout the South symbolized the connection between the Civil War and racial inequality. Library of Congress, Prints and Photographs Division.

Reinterpretation of monuments, through reading rails or plaques, allows the original monument to be preserved. Ideally, the viewer is able to develop a complex interpreta­tion of the monument, but also of memorialization more generally. Qualitative evaluation would help historians understand whether or not the plaques are achieving this goal. If the reinterpretation is conducted in collaboration with people who have divergent positions on the monument, the project itself may provide an opportunity for discussion and, potentially, understanding.

Ari Kelman and Kenneth Foote have analyzed what they consider to be the successful reinterpreta­tion of a Union monument that describes the 1864 Sand Creek Massacre—in which Colorado Territory troops attacked a peaceful village of Cheyenne and Arapaho people and killed more than 150 individuals—as a Civil War battle. (Full disclosure: I had a small part in the process of reinterpreting this monument.) Several factors made this reinterpretation possible: the cultural and moral authority of Cheyenne and Arapaho rep­resentatives, many of whom had relatives killed in the massa­cre; the willingness of these nations to be officially involved in reinterpreting the monument; the widespread consensus among non-indigenous power brokers that the Sand Creek Massacre was indefensible; and the marginal standing of those who sought to minimize the massacre. Comparable factors may not exist in many communities seeking to rein­terpret Confederate monuments.[7]

Installing a new monument to contextualize or counter Confederate monuments is another strategy. Many commemorations of the Civil Rights Movement have been placed near Confederate memorials. Dell Upton calls this practice “dual heritage.” Although such placement means civil rights monuments are in prominent, familiar locations, Upton argues that this strategy conveys the message that the civil rights struggles are equivalent to the Confederacy. Several monuments successfully avoid this form of equivalency, honor people victimized by white supremacy, and convey the power and complexity of the civil rights struggle. A short list of such monuments includes: Maya Lin’s Civil Rights Memorial in Montgomery, Alabama; the commemoration complex in Birmingham’s Kelly Ingram Park; and the Clayton Jackson McGhie memorial in Duluth, Minnesota, that honors three African American men murdered by a lynch mob.[8]

The Jasper, Alabama chapter of the United Daughters of the Confederacy dedicated this monument in 1907. In 2016, Alabama’s legislators considered a bill that would have banned cities from removing historic monuments without state permission. The measure was designed to protect Confederate monuments, but did not become a law. Photo by Jet Lowe, Library of Congress, Prints and Photographs Division.

Demands to remove monuments bring up fundamental questions about the purpose of commemoration. Should monuments in public spaces represent ideal community values? If these values are no longer acceptable, what should happen to the monuments? Many involved in public history or historic preservation recoil from proposals to remove these memorials, concerned about what will be lost if the monuments are moved. Protesters calling for the removal of these memorials emphasize that they take these symbols of white supremacy seriously and highlight the harm they expe­rience when they encounter such monuments in their daily lives. Some protesters suggest memorials be placed in less prominent locations or in museums. Historian Aleia Brown, writing about the Confederate battle flag, raises concerns about the ability of many museums to provide adequate interpretation of this racially charged object. Her concerns also apply to interpretation of these monuments. In his blog, Kirk Savage has suggested that if monuments are removed, an empty column should remain, to remind viewers of what the public had renounced.[9]

Confronting Confederate symbols and memorials is a com­plex task in part because an honest discussion requires grap­pling with important issues that cannot be easily articulated, let alone resolved. How are race, identity, and history inter­twined? What does the symbolic and historic Confederacy mean, both in the South and in the nation? What roles should museums and cultural organizations play in determining what communities should preserve and how the past should be interpreted? Some people worry that discussing these issues causes racial dissent. However, it is important to recognize that these conversations are already occurring in private or semiprivate spaces, from living rooms to Facebook, and are already affecting people’s public actions and statements. Museums can choose whether or not to engage in the com­munity discussion, but they should begin these discussions within their own walls. The ability of museums to preserve, care for, and interpret the contentious past is dependent upon these discussions. Many museum workers have complicated relationships to the history of slavery and the Confederacy, which they are reluctant to discuss with their coworkers, or anyone outside of their families. Yet, without honest engage­ment with the difficult past represented by Confederate symbols, the ability of history museums to engage in their core mission—interpreting the past—will be compromised.

For resources and citations, download the PDF of the full article here or view it below.