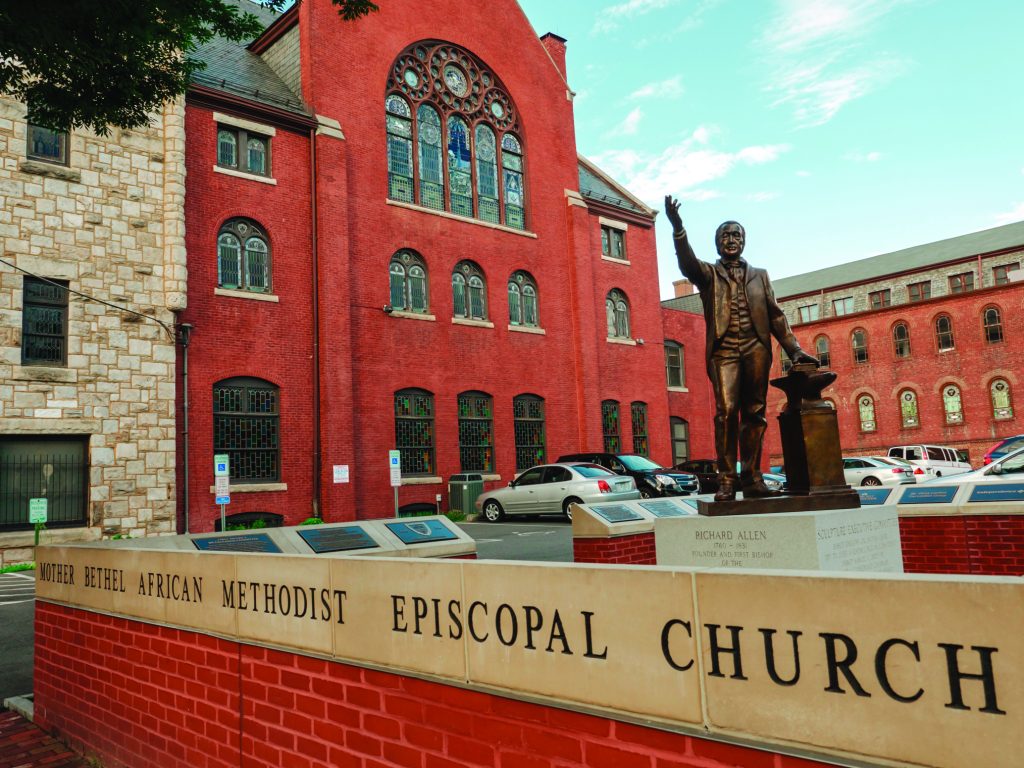 There’s a lot going on along South Street, and there always has been. Existing as Cedar Street in 1682, South Street marked the southern boundary of Philadelphia in William Penn’s original city plan. Head House Square, at Second and South, was the site of one of the first marketplaces in America. Built in 1745, the “headhouse” of the market still stands today. In the late eighteenth and early nineteenth century, South Street became a corridor for the city’s growing black community, drawn at first by the nearby presence of African American churches, including the first established African Methodist Episcopal (AME) Church in America, Mother Bethel. The African American presence spread west along South Street during the Great Migration period of the early twentieth century. 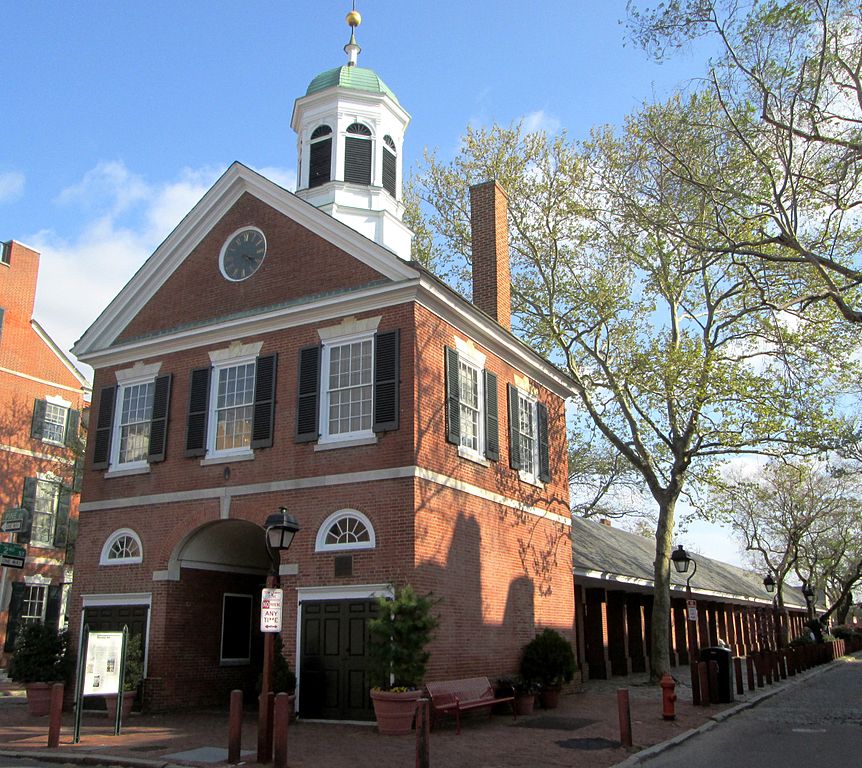 The twentieth century saw even more evolution, as thousands of European immigrants flocked to the city, settling along South Street and in nearby neighborhoods. Jewish-owned fabric and garment shops opened next door to the African American-owned theaters and cabarets that bloomed and thrived along the street. South Street became a commercial hub and the place to go for entertainment, a label it continued to hold into the 1960s and 1970s, when a number of natural food stores, independent artists’ galleries, and LGBT bookstores—like Giovanni’s Room, which opened in 1973—began to populate the district. During these decades, known as the South Street Renaissance, artists and businesses moved to South Street and helped to revitalize the area, which was under threat from the proposed Crosstown Expressway. Isaiah and Julia Zagar were two such hybrid artist/business people. The couple opened the Eye’s Gallery and created over two hundred public mosaics and murals around South Street; Isaiah is known for the buildings that he has fully covered with mosaics, inside and out, and the creation of Philadelphia’s Magic Gardens. South Street welcomed the punk rock and alternative music scenes in the 1980s and 1990s, further evidence of the area’s role as host to a counterculture community, a characteristic immortalized by the Orlons’ lyrics, “Where do all the hippies meet? South Street, South Street!” 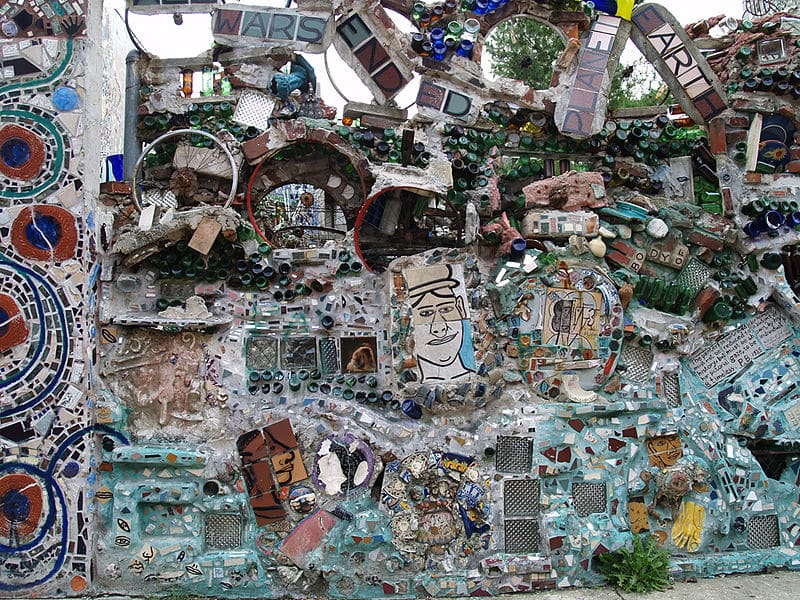 Cured meats, cheeses, and gelato galore—not to mention immigration history and Italian culture—await visitors at the Ninth Street Italian Market. Running along nearly twenty blocks, the open-air market dates to the turn of the nineteenth century, when it served as the principal shopping hub for Italian immigrants settling in South Philadelphia. In 1915, a group of Italian American businessmen banded together to create the South Ninth Street Business Men’s Association. The association promoted commercial development in the area and worked to beautify the area, cleaning and paving the streets. 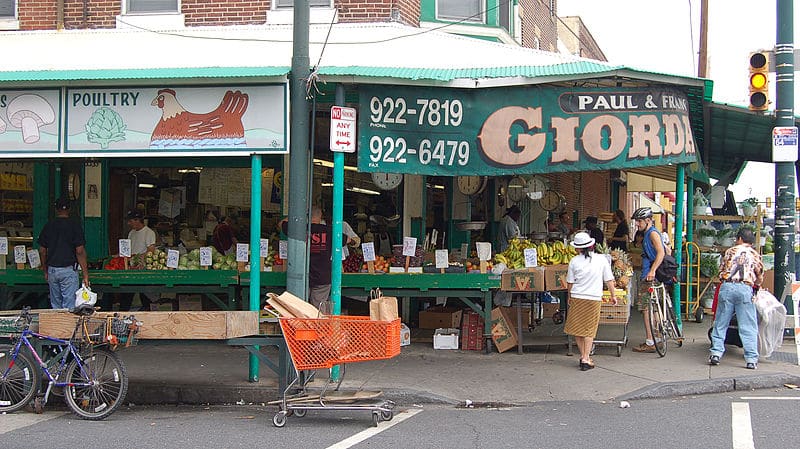 By the 1940s, the Ninth Street Curb Market was commonly referred to as the Italian Market, a reflection of the dominance of Italian-owned businesses and customers. Since its founding in the early twentieth century, the market has continued to evolve alongside waves of immigration into the city. In 1983, when many of the commercial spaces were listed for rent as merchants moved to other areas, the first Korean-owned shop opened in the Italian Market. From that point onward, the market space became a mix of cultures as Vietnamese, Chinese, Korean, and Mexican vendors established businesses along Ninth Street. The market continues to be a community of immigrants, a place full of history, and a source for fresh produce year round.