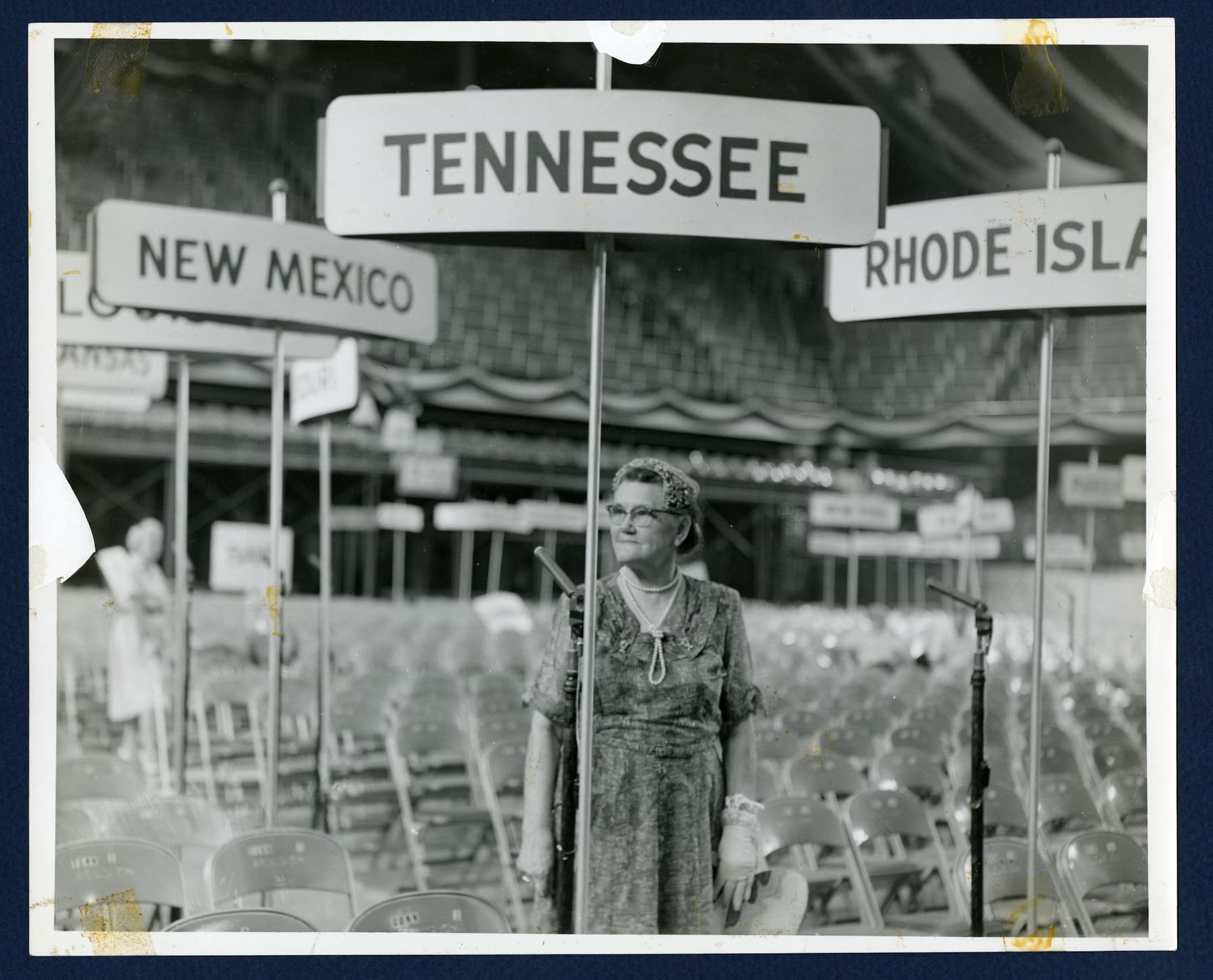 Pictured here is Annie Sybil Thomas Jarret at the Republican National Convention in either the 1940s or 1950s held in Chicago. Jarret was an African American teacher born near Saulsbury, Tennessee who left a legacy to her family of the importance of education, civic engagement, and the contributions of African Americans to history. Jarret is among the first generation of African American women voters in Tennessee. Her political history was documented in a project leading up to the commemoration of the 19th Amendment in Tennessee organized by Chick History in partnership with Humanities Tennessee. Image courtesy of Chick History.

Next year will mark the 100th anniversary of the ratification of the 19th Amendment, and many organizations across the country will commemorate this historic milestone for women’s suffrage. Interpreting this history is both rewarding and challenging. As with all American history, suffrage comes with many victories and inspiring narratives, but it also comes with complexities and flaws.

At the 2017 AASLH Annual Meeting in Austin, the Women’s History Affinity Group (WHAG) recognized early on that suffrage would be important to interpret and that a Value Statement should be drafted that could serve the field of public history. We also knew that interpreting this history as it had been done in the past, by highlighting just a small number of predominantly white, wealthy women leaders along the eastern seaboard, would serve only to perpetuate the myths surrounding women’s enfranchisement. Instead, WHAG believes that as public historians we must offer critical analysis into the ways in which we share this history, with the priority being that we offer a deeper historic understanding of the complexities and inequalities of suffrage in America.

During the summer of 2018 we launched a Call for Public Comment designed to gather relevant data about the plans around programs and events at historic sites, libraries, and museums during the anniversary year. The more than 100+ responses we gathered served as the baseline for the “Telling the Truth about Suffrage” roundtable and small-group work session conducted at the 2018 AASLH Annual Meeting in Kansas City, which then informed the final Value Statement. In May 2019, the final draft was submitted to Council and adopted as an AASLH statement.

After over two years of discussion and hard work on the parts of many, we are pleased to present the AASLH 19th Amendment Centennial Value Statement.

The Women’s History Affinity Group is grateful for the enthusiastic input from our colleagues in the field, and for the support of John Dichtl and the AASLH Council on this project.

The goal of the statement is to:

The Value Statement provides Guiding Principles and Starting Points as best practices and encouragement to AASLH members and the field for interpreting the Centennial Anniversary of the Ratification of the 19th Amendment. It is also intended to inspire innovative methods for interpretation that can be shared, improved upon, and disseminated to the field during 2020 and beyond. We look forward to continuing this vital conversation at the 2019 Annual Meeting in Philadelphia.