Public History in a Social Service Agency: The House on Henry Street Exhibition Connects Staff and Neighbors with Their Past

Public History in a Social Service Agency: The House on Henry Street Exhibition Connects Staff and Neighbors with Their Past 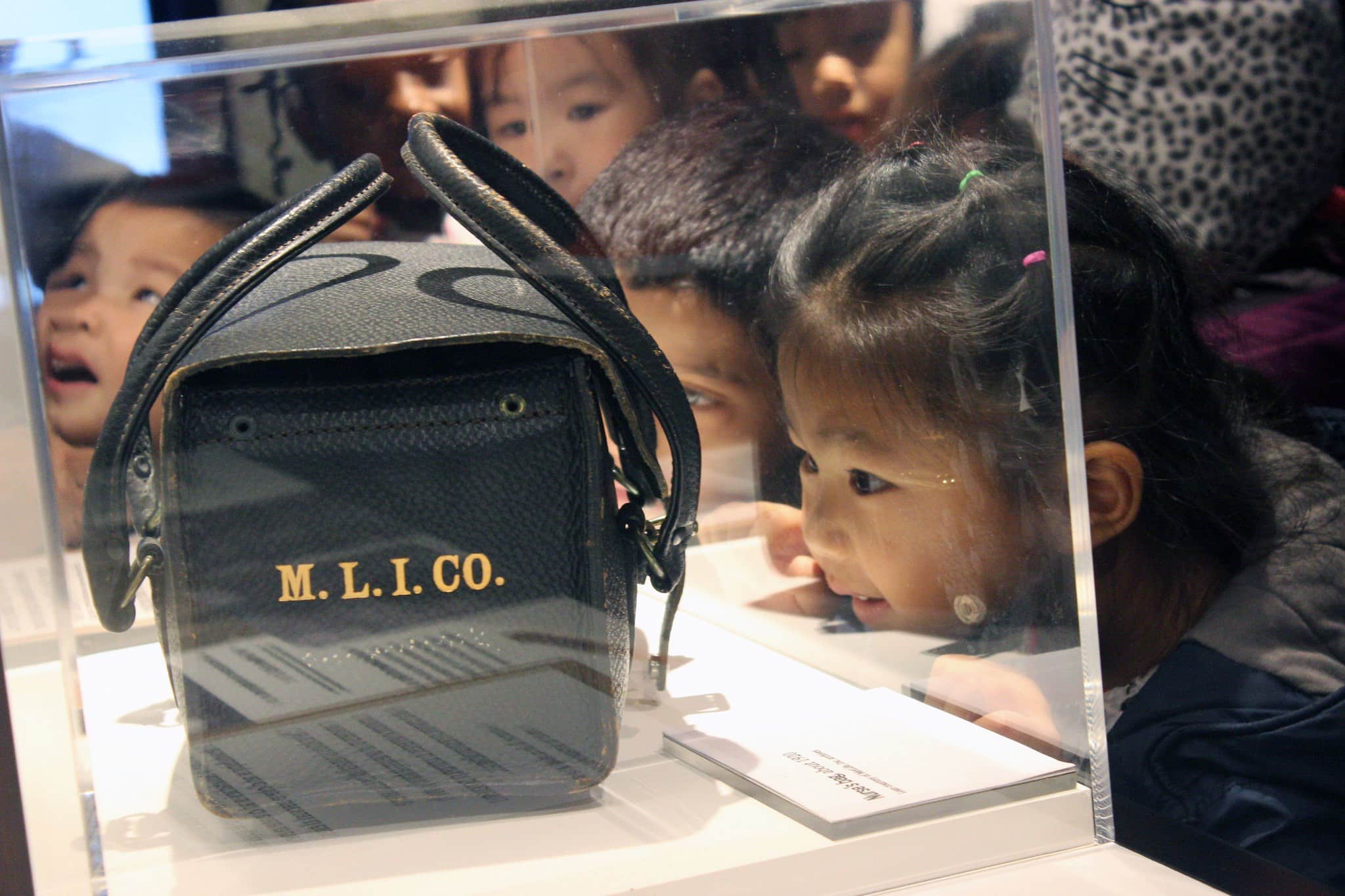 There is a resonance between the past and present that invigorates the current work of Henry Street Settlement. Founded by Lillian Wald in 1893 during the Progressive Era reform movement, the organization was established to provide nursing care to an impoverished population and quickly expanded to include education, arts programming, and a wide range of social services to the Lower East Side’s majority immigrant community. Today, the Settlement, serving 50,000 New Yorkers every year, still thrives.

I am honored to be a steward of Henry Street’s history in my position as the Settlement’s public historian. To celebrate Wald’s vast contributions and the Settlement’s 125th anniversary, in September 2018 Henry Street mounted a history exhibition, The House on Henry Street, in our headquarters, Wald’s former home. The exhibit covers themes of immigration, social reform, and community activism. Regularly on the tours I lead, I encounter staff members who have worked at Henry Street for decades. Other visitors participated in the Settlement’s programs as children, having experiences that shaped the trajectory of their lives. These team members, clients, and neighbors know the history of Henry Street in a way I will never fully grasp. As Wald said in the early twentieth century, “A long procession of saints and martyrs, sympathizers, and supporters have crossed the threshold of the House on Henry Street and stirred deep feeling there.” 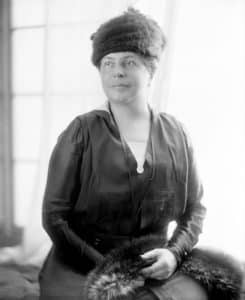 Wald was a visionary. At the turn of the twentieth century, in the world’s most crowded neighborhood, Lower East Side residents lived in sordid conditions and had few protections or safety nets. Seeking to serve the country’s most vulnerable, Henry Street was a place where low-income residents and newcomers could turn for help.

Wald believed it was not enough to provide services; it was essential to fight for structural change. She was a public health pioneer, an advocate for the rights of immigrants, an activist on behalf of women and children, and an early civil rights leader and co-founder of the NAACP. She emphasized treating all people with dignity regardless of their circumstances, advocated for immigrants’ cultures to be valued, and provided resources for people to thrive, not just survive. These were radical values at a time when anti-immigrant sentiment, violence against African Americans, and eugenics thinking were on the rise. In many ways, these are still radical values today. 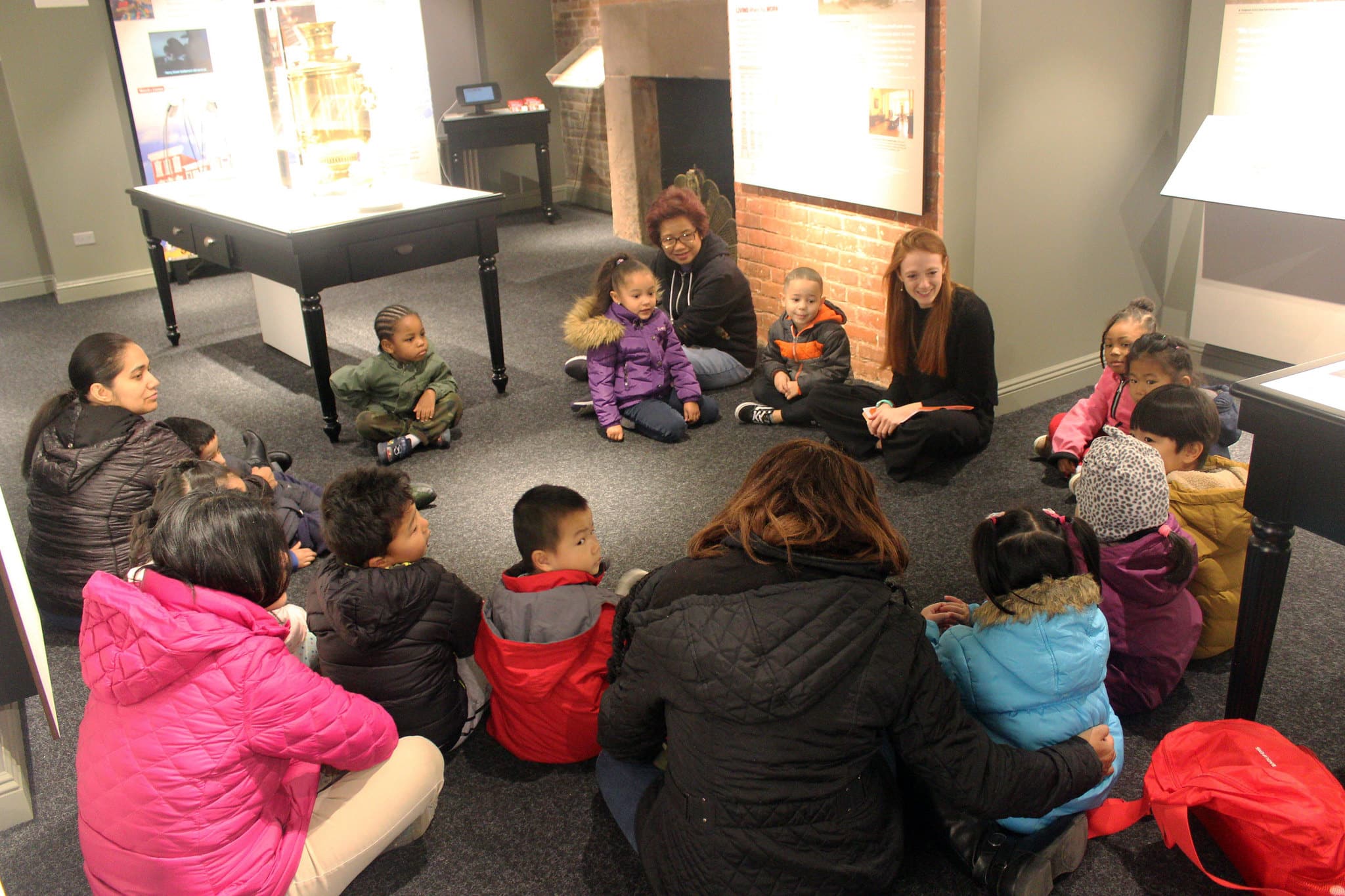 Since the exhibit opened, I have led tours and educational programs for thousands of people, including nurses and social workers, local school groups, professional organizations, and long-time Lower East Siders. But the programs that are most memorable have been for our own Henry Street team members, clients, and members of the immediate community. There is already a deep connection to and investment in the neighborhood. Following a tour for Henry Street’s school-based social workers, a team member reflected, “The exhibit really lights the fire for me all over again and reminds me exactly how important the work is. Everyone at Henry Street is a little Lillian Wald in their own work and we can make the difference.”

Henry Street’s history provides a blueprint for making decisions in the present and for the future of the organization. Our executive director, David Garza, frequently cites historian Daniel Boorstin: “Trying to plan for the future without knowing the past is like trying to plant cut flowers.” There continue to be significant challenges for Lower East Siders, especially in a neighborhood with significant income disparity. The Settlement remains at the center of the community and a place where New Yorkers can turn for help. Garza, whose office is in the original headquarters of the Settlement and Lillian Wald’s former home, refers to Wald’s vision for the organization as a guiding light. Henry Street Settlement’s Camp Henry students engage in a scavenger hunt at The House on Henry Street exhibition. Photograph courtesy of the author.

Though The House on Henry Street was built to celebrate the Settlement’s 125th year, it has created the impetus for us to embrace our history beyond the anniversary year. On May 29, 2019, we will be hosting a panel discussion on the origin of the NAACP 110 years ago in the room where it all began, Henry Street’s historic dining room. At this event, historians and current NAACP leadership will discuss Henry Street as a significant site of the early civil rights movement. To learn more about this event and other upcoming programs, as well as how to schedule a visit to the exhibition, visit www.henrystreet.org.