5 Citizen History Projects You Should Know About (Part 2)

5 Citizen History Projects You Should Know About (Part 2) 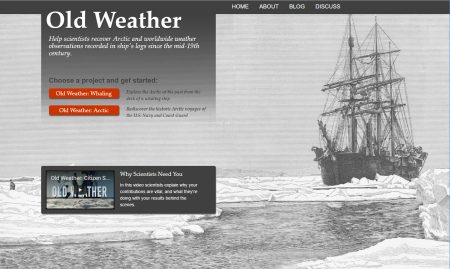 Libraries, museums, and other academically oriented non-profits often collaborate with each other on research efforts. Recently, they are reaching out the public for help as well after the example of citizen-science project.  This is the second post in our series on citizen-history projects. Over a few blog posts, we’ll highlight some of the interesting projects being crowdsourced via the internet. We hope these inspire you and your organization with some new ideas about to engage people in history. You can see the first post here.

If you know of any other interesting crowdsourced history projects, let us know by contacting AASLH Membership and Marketing Intern Stephanie Fulbright at: fulbright@aaslh.org.

“Old Weather volunteers explore, mark, and transcribe historic ship’s logs from the 19th and early 20th centuries… Data about past weather and sea-ice conditions are vital for climate scientists, while historians value knowing about the course of a voyage and the events that transpired. Since many of these logs haven’t been examined since they were originally filled in by a mariner long ago you might even discover something surprising.” (website) This project is being done in partnership between University of Oxford’s Zooniverse programme, the US National Oceanic and Atmospheric Administration, US National Archives, UK Meteorological Office and Naval-History.Net.

People are invited to help “[t]ranscribe handwritten documents by Shakespeare’s contemporaries and help us understand his life and times. Along the way you’ll find words that have yet to be recorded in the authoritative Oxford English Dictionary, and which will eventually be added to this important resource.” (from website) This project is being done in partnership between University of Oxford’s Zooniverse programme, Folger Shakespeare Library, Early Modern Manuscripts Online, and Oxford English Dictionary.

We Were There Too

Focusing on Jewish history and World War I, “We Were There Too is a unique cross community project created to capture, record and preserve the impact, experience and contribution of London’s Jewish communities during the First World War era.” (About page) 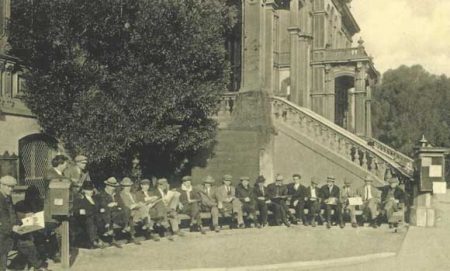 The Plaque Project encourages people to share their own stories and photos and videos about Berkley in order to create a crowdsourced database of the city’s history. The collection is supplemented by works from the BAHA archives and the personal archives of BAHA’s executive director Anthony Bruce.

The Smithsonian has an extensive collection of historical documents and biodiversity data. They are reaching out the public to help make those records more accessible: “Join 7,153 volunteers to add more to the total 215,774 pages of field notes, diaries, ledgers, logbooks, currency proof sheets, photo albums, manuscripts, biodiversity specimens labels that have been collaboratively transcribed and reviewed since June 2013.”

This project was just announced on Valentine’s Day. Europeana Transcribe, a crowdsourcing initiative to transcribe digitized materials from the First World War, is inviting people to join their “transcribathon” of love letters from Europe during WWI. The project offers people a glimpse into an often forgotten side of war –the relationships between people on the front lines and at home that form, grow, struggle, survive, and end against the backdrop war.