Attend a Naturalization Ceremony at #AASLH2019

Attend a Naturalization Ceremony at #AASLH2019 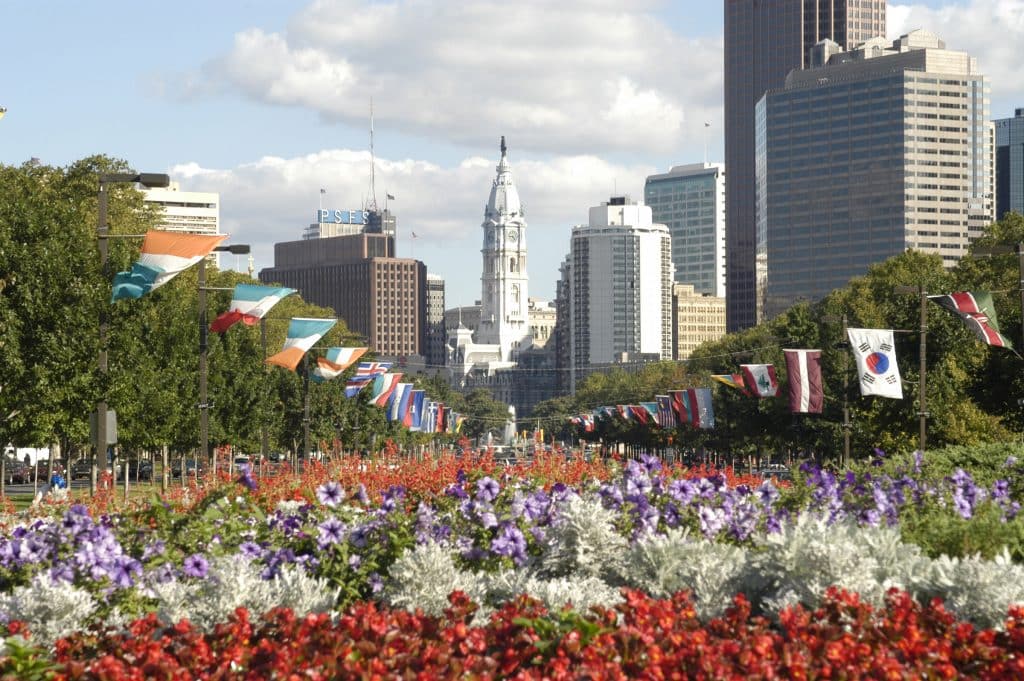 Hosting a naturalization ceremony is a great opportunity for your institution to connect with its local community, draw new audiences, and give people the chance to welcome and celebrate new citizens. In order to allow #AASLH2019 conference attendees to experience the power of a naturalization ceremony, AASLH’s Law and Civics Affinity Community has arranged the opportunity for attendees to observe a ceremony at the James A. Byrne United States Courthouse on Thursday, August 29, at 10:30 a.m. (pre-registration required).

A naturalization ceremony is the culmination of a lengthy process whereby someone who is not born in the United States becomes a citizen. There are only two ways to become a citizen: to be born in the U.S., or to naturalize. In certain situations, children born to U.S. parents living outside the country are also considered natural born citizens. In order to become a citizen, applicants for naturalization must first obtain permanent residence, also known as a green card, giving them permission to reside in the United States. After a set amount of time (five years in most circumstances), permanent residents become eligible to apply for citizenship. Applicants fill out a form, pay a fee, submit biometric information (including fingerprints, photographs, and a digital signature), gather original documents, are interviewed by immigration officers, and take an English and civics test. At any step along the way, applicants can face hurdles, and not everyone who applies will be granted citizenship. According to the Department of Homeland Security, which is responsible for admitting new citizens, 750,000 people were naturalized in 2018.

Naturalization ceremonies are typically intensely emotional experiences for those being sworn in, their families, and those in attendance. Ceremonies range in size from just a few new citizens to hundreds of people, depending on the venue and circumstances. Judicial ceremonies are presided over by a federal judge, who administers the Oath of Allegiance to the new citizens. Ceremonies usually feature guest speakers, often including one of the new citizens, musical performances, the distribution of American flags and other small gifts to the new citizens, and a group recitation of the Pledge of Allegiance.

Historic sites and museums can host naturalization ceremonies, and often include other special programming, such as costumed interpreters, honor guards, distribution of handmade cards by local school kids, refreshments, and free admission for new citizens and their families: sites are encouraged to get creative! Naturalization ceremonies held at historic sites and museums also tend to attract positive media attention, both before and after the event. Sites are encouraged to invite the wider community to attend as well; many natural-born citizens never have the opportunity or cause to attend a ceremony, and including folks who don’t have a personal connection to someone going through the citizenship process are often surprised at how moving a ceremony is.

If you’d like to learn more about how to host a naturalization ceremony at your site, please attend the ”From Polling Places to Naturalization Ceremonies: A Practical Guide to Civic Engagement” session at 8:00 a.m. on Friday, August 30, organized by the Law and Civics Affinity Community. Acting as a polling place and hosting naturalization ceremonies are both opportunities to become a focal point of civic engagement. The session will feature speakers from a small historic home, the Benjamin Harrison Presidential Site, and a large educational institution, the Constitution Center.  Both of these organizations have  hosted naturalization ceremonies and/or acted as a polling place for primary and general elections. Come to this session and learn how to help raise civic awareness in your community and raise your profile with new audiences.

See you in Philly!

Learn more about the Law and Civics Affinity Community and #AASLH2019.