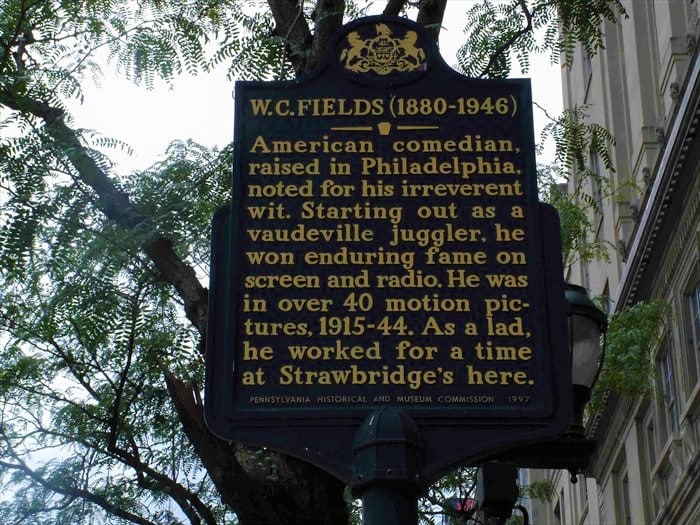 Although I worked media support for a major Indianapolis museum in the 1980s and ’90s, I really wanted to learn more about the collections side of museum work. My dream job was to be the curator at the Red Skelton Museum of American Comedy in Vincennes, Indiana. After volunteering in 2006 and becoming a part-time employee in 2015, my dream became a reality in 2017. But like the joke about a dog that chases a car and finally catches it, now that I have, what do I do with it? Attending the AASLH Annual Meeting with support from the Small Museums scholarship helped me learn ways to preserve the collection and present it to public. 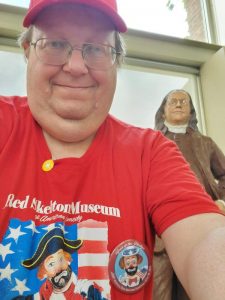 I arrived in Philadelphia a day early and immediately went in search of local history by visiting the new Museum of the American Revolution and the Benjamin Franklin Museum, as well as reading the numerous historical markers on the streets. I also did some research on Ed Wynn, a friend of Red Skelton’s, at the Free Library’s Rare Book Department and learned about pop culture history by visiting the Franklin Institute’s Marvel comics exhibit.

The sessions at the meeting were a mix of excellent information that touched all aspects of my job. From programs to work on, ways to preserve the collection, methods to enhance exhibits, networking, use of social media to tell a story, and current museum issues, there was something for everyone. Listening to the presenters and visiting with the vendors in the Exhibit Hall, I thought of programs and methods to enhance my museum. One fun session inspired by the Shark Tank tv show led to a meeting with someone from my own state. Talking with her led to an idea for a way we could work together to bring awareness to a major figure in state and local history. Sometimes it takes a City of Brotherly Love and an AASLH meeting to connect with people in your own backyard!