For the Record: Nomenclature…Moving 4-ward

For the Record: Nomenclature…Moving 4-ward 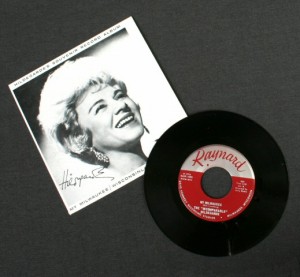 The new year provides those of us on the Nomenclature Task Force the perfect opportunity to report on the past and give everyone a glimpse into 2015.

When Nomenclature 3.0 hit the stands in January 2010, it had been nearly 22 years since the previous edition (Revised Nomenclature) was published.  In that period of time, new standards of information management had transformed the ways museums needed to document their collections, and AASLH’s Nomenclature Committee had a lot of catching up to do.  With so many years under the bridge, institutions had built their own cataloging lexicons, and while Nomenclature may have been their common base, homegrown terminologies proliferated and the consistency of an established standard was compromised out of sheer necessity.

Once Nomenclature 3.0 was in the can, Nomenclature became, for the first time, an ongoing operation for AASLH.  The Nomenclature Committee (since redubbed the Nomenclature Task Force) did not disband as previous iterations of the group had done post-publication.  The group spent a lot of time promoting the new product and enhancing its usefulness with online resources.  Anticipating yet another edition, the team began an active, ongoing effort to solicit ideas for new content from the museum community.

Now it’s time for a status report.  In August 2013, the Task Force began working on an update with Rowman & Littlefield Publishers, Inc.  This past spring and summer, several Task Force members proactively researched a number of other accepted controlled vocabularies to mine terminology that may prove useful to Nomenclature users; among them were the Getty’s Art & Architecture Thesaurus, the Parks Canada Descriptive and Visual Dictionary of Objects, and the Library of Congress Thesaurus for Graphic Materials.  Seeking to strengthen Nomenclature’s representation of archaeological terms, the Task Force consulted authority files used by the National Park Service and its Western Archaeological and Conservation Center.  Researchers combed through thousands of possible terms to determine which ones would be useful and appropriate for Nomenclature.

In addition, Task Force members consulted with subject experts for feedback on ways Nomenclature could be improved in their areas of specialty.  The Task Force received significant input from folks with maritime collections.

The Task Force has completed its charge to vet all of the terms the research team recommended as well as terms that folks like you have submitted over the last few years.  The task of incorporating all of these additions and changes into Nomenclature has just concluded.  Nomenclature users can expect to see more than 1400 new or changed terms, including both preferred and non-preferred, in the new edition.  There’ll be expansions and some reorganization in such areas as Water Transportation T&E and Religious Objects, there’ll be accommodations for digital collections and tweaks to electronic devices (think smartphones and tablet computers) and there’ll be useful, specific terms for museums with large collections of such things as coins and phonograph records (33 1/3, 45, 78 rpm).

The Task Force is also working with Rowman & Littlefield on improvements in book design, based on concerns raised by users of Nomenclature 3.0.  The publisher is aiming to have Nomenclature 4.0 available by mid-2015.

The new book is just the first of several products the Task Force is preparing to keep Nomenclature an active and ongoing standard.  Nomenclature 4.0 will also be made available in electronic form for museum collections software companies to update their lexicons.  And plans are in the works for a searchable online version with regular updates (4.1, 4.2, etc.)!  We’ll keep you posted on developments as they occur.

Thanks to everyone who has contributed ideas for the new edition.  This product is truly a group effort.