Are Historians Ready For The Semiquincentennial? 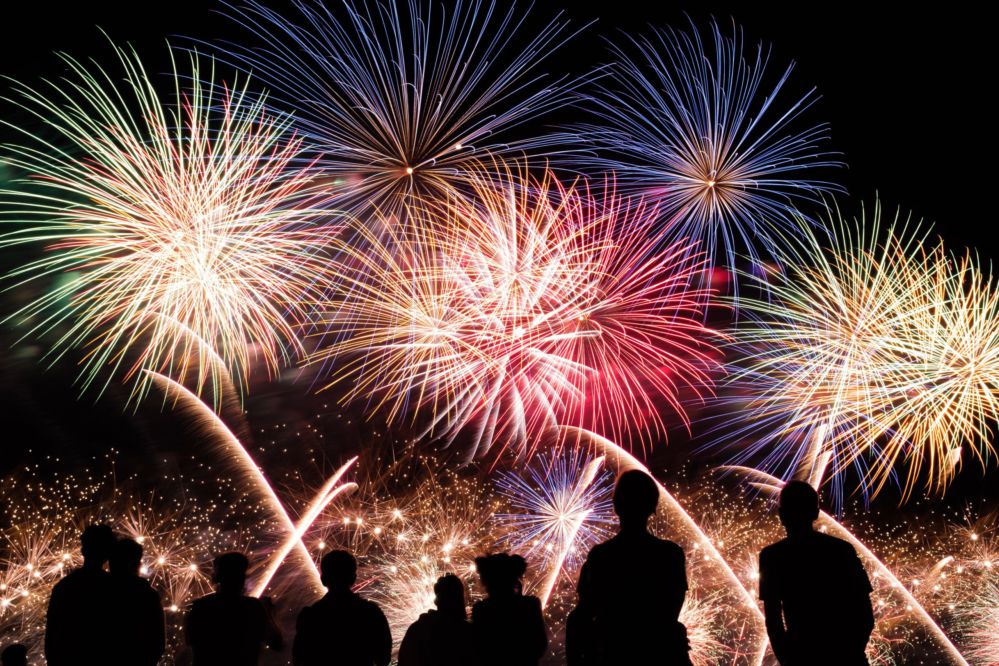 This July 4th will mark the four-year countdown to the 250th anniversary of the United States’ founding, providing an important moment to take stock of the field’s preparedness—from the national planners at America250, the official nonprofit partner of the U.S. Semiquincentennial Commission, down to your local historical society. To that end, as a Graduate Summer Fellow with AASLH, I will be writing a series of blog posts and articles that distill and synthesize historical and contemporary discourse on the Semiquincentennial. The goal of this series is to help you and your organization construct a strong foundation for your 250th programming to build on over the next four years.

Recently, AASLH has been busy creating tools such as Making History at 250: The Field Guide for the Semiquincentennial (2021) to facilitate planning for the 250th and promote the role of history workers and their academic and professional values in the planning and design of this national celebration. Indeed, it is crucial for historians and memory workers to take the lead in facilitating thoughtful programing and community engagement around the Semiquincentennial.

It may feel daunting to approach Semiquincentennial planning (I mean, even having to say “semiquincentennial” out loud for the first time requires some courage), especially when your organization’s plate is already precariously full with activities happening in 2022. One easy way to start to prepare for the 250th, however, is by establishing a solid historical foundation. Thinking historically about commemorative practice in the U.S. also provides an opportunity to plant thematic seeds that will inevitably bloom into robust programming and public history work. 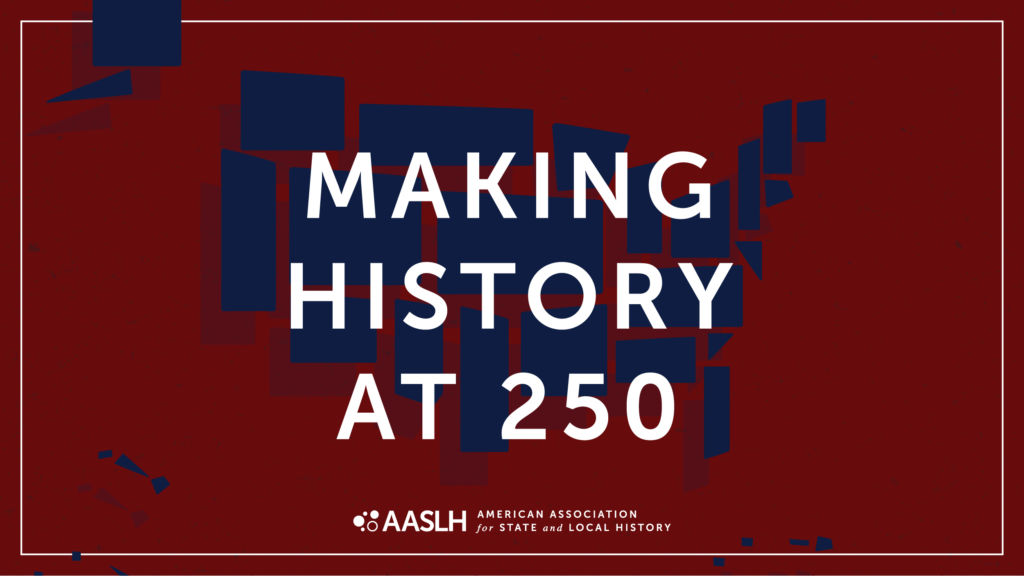 When brainstorming this series, the natural place for me to start was the Bicentennial (1976), or 200th anniversary of the founding of the United States. The Bicentennial has been the subject of multiple books and articles, its memory enduring as a poignant, transformative moment at the dawn of the the public history movement in the 1970s. In History Comes Alive: Public History and Popular Culture in the 1970s, M.J, Rymsza-Pawlowska’s argues that “affective understanding of the past was central to the creation of identity and political consciousness in the 1970s and remains even critical now.” The Bicentennial was a central vehicle for Americans to engage with the past during this “fundamental shift in American’s relationship to history during the 1960s and 1970s.”

“Where is the History?”

Why was the Bicentennial such an important part of this transformation? And what lessons can be learned from the Bicentennial as Semiquincentennial planning gets underway? For more apathetic community members, 2026 might be just as historically important as 2025 or 2027; age is just a number, after all. It is up to us to imbue the 250th with meaning. That is exactly what the American Revolution Bicentennial Commission (ARBC) attempted to do during its active years from 1966-1973 and what the American Revolution Bicentennial Administration (ARBA) continued to do from 1973-1976.

Part of the reason that the Bicentennial was such a major part of public consciousness in the 1960s and 1970s was because historians demanded that stakeholders from the federal to local level draw attention to the anniversary and take advantage of its transformative potential.

In an editorial column from the April 1972 issue of History News, then-director of AASLH William T. Alderson states: “Frankly, we’re discouraged. For the past four years we have waited—patiently and hopefully—for the American Revolution Bicentennial Commission to get something started for the two hundredth birthday of the nation. […] But where is history? Where are the substantive plans for programs to help Americans in every state gain a better understanding of the nation’s heritage?”

At that point in time, the ARBC had already unveiled an ambitious Bicentennial Parks program that aimed to “provide a centralized entertainment venue in each state,” laid the groundwork for domestic and international Bicentennial Expos in key cities, and established elaborate public-private partnerships around the minting of Bicentennial medals and other branded memorabilia. Embroiled by controversy and accusations of partisan favoritism and corruption, much of the ARBC’s slate of signature programming was scrapped in 1973 and replaced by a reformed, reined-in ARCA. Alderson’s editorial recognized that consumption and fanfare were inevitably part of the national planners’ focus, but urged a rapid refocusing, concluding: “Time is running out.” 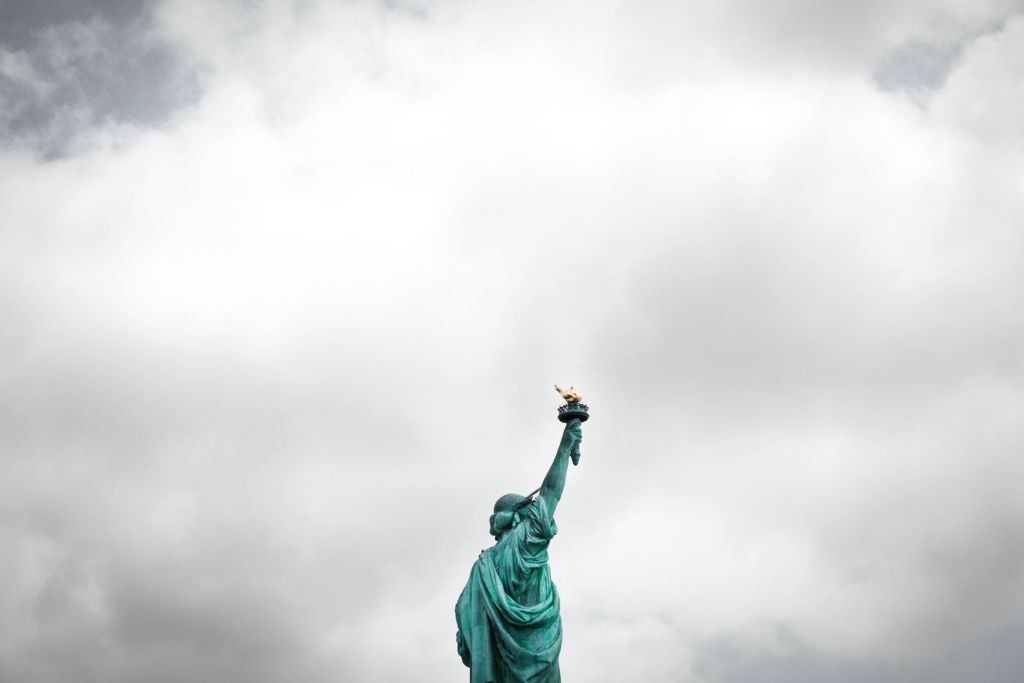 America250 faces similar controversy, including the resignations of top female staffers citing gender discrimination and accusations of misappropriation of funds. Last week, their only corporate sponsorship with Meta (formerly Facebook, the then exclusive social media partner of the Semiquincentennial) fell apart. According to the Wall Street Journal, people familiar with the deal—which had already been criticized as a misstep for the foundation by giving Meta outsized access and influence over a federally funded project—suggested that the lack of direction and leadership was ultimately the cause of the cancellation of the $10 million sponsorship.

The staggering difference between the fraught conditions of 1972 and 2022, however, is the lack of programmatic ambition or planning that America250 has displayed thus far. Based on comments from Semiquincentennial Commission members, history might repeat itself: “We need a fresh start with this project, one that involves many more Americans and is focused on historic preservation, national renewal and bold ambition.” This poses questions of what is fundamentally wrong with the national organizing model, one that seemingly necessitates a hard reset at the half-way point.

Alderson distilled the AASLH’s Bicentennial aspirations thus: “We think the commemoration ought to help Americans understand the principles of the founding fathers, and of the Declaration of Independence, and the part those principles have played in the development of the nation.” The claim underlying Alderson’s statement is an important one: that commemorative events such as the Bicentennial or Semiquincentennial have unique potential to expand and improve Americans’ understanding of their past, and thus offer them a better future.

Historians and federal planners were not the only ones who came to this conclusion; grassroots movements such as the People’s Bicentennial Commission (PBC) and the Afro-American Bicentennial Corporation (ABC) seized the Bicentennial moment to critique the official framing of the American Revolution and America’s history as heroic and exceptional. They launched public discourse and debate, held parallel events or even physically disrupted official ones, and demanded accountability from the official planners. In short, despite their dissatisfaction with the official narrative of the Bicentennial, they did not abdicate the event’s planning or programming.

To that point, I hope that the parallel history of 1972 will prove inspiring to historians and memory workers across the nation who have had the specter of the Semiquincentennial hovering in their periphery. On the one hand, the field isn’t necessarily working around a prominent yet misguided federal steering body; in this vacuum, however, it is up to individual organizations and networks to get the conversation started and start seriously thinking about the 250th. Rather than working with and against an institution like the ARBC or ARBA, let’s start having conversations with people in our communities and each other. We still have time for outstanding, ambitious public history programming, and commemorative actions that will continue the ongoing project of expanding and enhancing Americans’ understandings of past, our present, ourselves, and our futures