Historical Thinking and Other Unnatural Acts

Historical Thinking and Other Unnatural Acts

In its deepest forms, historical thinking is neither a natural process nor something that springs automatically from psychological development. Its achievement goes against the grain of how we ordinarily think….

– from Sam Wineburg’s, Historical Thinking and Other Unnatural Acts: Charting the Future of Teaching the Past (Temple University Press, 2001)
Nothing beats having great a “hallway conversation” at a conference or discovering a session that turns out to be far more than you were expecting. Much of the best that comes from a conference are those experiences that are serendipitous. But Sam Wineburg’s keynote presentation at the AASLH Annual Meeting in Louisville (10:45 a.m., September 17) is one event that I am expecting to be terrific. [Update: Listen to the keynote recording.] 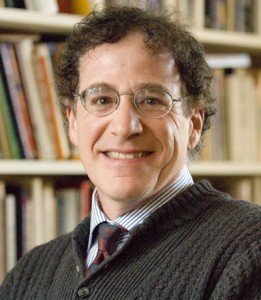 I was a big fan of his 2001 book, Historical Thinking and Other Unnatural Acts: Charting the Future of Teaching the Past, though I admit I have lost track of what Wineburg has been up to the past few years. I’ll be eager to hear how he discusses his research on the cognitive psychology of education—figuring out how students and others learn and understand history—in the context of what AASLH members do.

Wineburg has long been a proponent of dramatic change across the historical profession. His Historical Thinking and Other Unnatural Acts challenged history educators to figure out exactly how a well-practiced historian approaches source materials, formulates probing questions, and resolves historical conundrums. Wineburg closely observed students and teachers, parents and historians, and concluded that it really is an unnatural thing to think historically. It can be taught, but carefully. Historical thinking involves a choreography of contextualizing and “sourcing” documents, images, and other materials to determine who created them, how, and why. Historians also “corroborate” their primary sources, drawing linkages between them and related materials, making comparisons or contrasts as well to the interpretations offered by other historians.

Historical Thinking demonstrated that history really ought to be taught as a specialized, separate (from social studies) subject. And yet—here is where the larger challenge to the profession comes in—many K-12 educators, college professors, and museum educators alike have too vague a sense of how the historical mind is developed. We think we know that “background knowledge” in the historical discipline is crucial for teachers, that familiarity with “key ideas, events, concepts and interpretations” in the discipline generally make for better classroom educators, but we don’t know exactly why it is so.

This uninformed forward march gets more disturbing. In his 2004 article, “Crazy for History” (Journal of American History), Wineburg noted that more than 80 percent of history teachers in middle and secondary schools did not study the subject in depth in college. Unfamiliarity among teachers with the key ideas and concepts of the historical discipline is THE major problem, according to Wineburg. Teaching American History grants, the more than $1 billion federal program created by the late Senator Robert Byrd, which many in the AASLH community will remember for bringing history organizations and schools together to train teachers (in-service), was a “colossal waste,” he says. Despite the limited good the TAH program did, it mostly reached veteran teachers and didn’t change the teaching accreditation system that encourages teachers unprepared in historical thinking to enter the history classroom.

Wineburg also chastised the profession for having ceded so much power over the decades to large-scale standardized testing. From 1917 to the present, in test after test, America’s students are repeatedly found to be more ignorant of history than ever before. Wineburg shows how in the mechanics of test construction, test designers throw out questions that all or most kids could answer correctly, looking instead to find relatively more obscure nuggets of history that some will get correct, but which most will not. Also, any potential question that the kids who score overall well on other questions might answer incorrectly, is not used. This, he says, is a form of “handicapping students who possess different historical knowledge from those in the mainstream.” Wineburg argues that “no national test can allow students to show themselves historically literate,” because the true point of such tests are to sharply rank individuals, to find ways to differentiate them from each other so as to fit them on a traditional bell curve. Standardized test are not designed to show what students do know and can do when it comes to historical knowledge or historical thinking.

Fortunately, history classes, whether they are excellently or poorly taught, are not the only exposure students have to history. Wineburg says in the conclusion to “Crazy for History” that “The mind demands pattern and form, and both are built up slowly and require repeated passes, with each pass going deeper and probing further.” To learn history, we need focused inquiry, not coverage of massive amounts of factual information, which is typical in most textbooks. Students need themes and questions, connections and challenges, patterns and puzzles, Wineburg observes.

I bet we all would agree that encounters with historic sites and historical exhibits can be these “repeated passes” that help prepare the mind to see the “pattern and form” in history. Historical organizations have tremendous potential to help students and adult learners to refine their historical thinking over a lifetime. We’ll see what Sam Wineburg says about all this at the conference in Louisville.

John Dichtl is President & CEO of the American Association for State and Local History.