I Remember When Part 10

I Remember When Part 10

In the olden days (before Bill Gates introduced the Windows operating system and became a multi-billionaire), it was generally necessary to provide instructions to a computer via a keyed command entered from an enigmatic “C-prompt” (C:\>). Those commands might or might not resemble the English language. “MD\database” for example, would instruct the computer to create a “directory” (what’s now known as a “folder”) called “database,” and “copy A:*.* C:\database” would be an instruction to copy all the files from a floppy disk in drive “A:” to the “database” directory on the hard drive “C:” 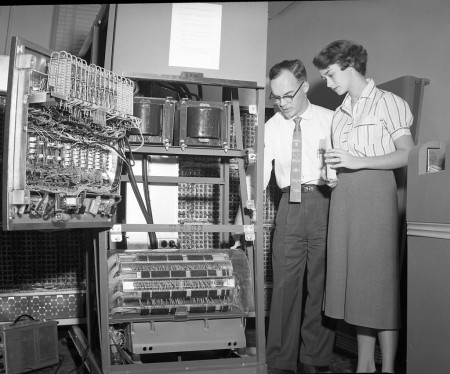 To be sure, it was a bit arcane and could be clumsy, but it worked. In fact, to this day, I believe that it worked better in some circumstances than more modern Windows (or Mac) operating systems with their sophisticated GUIs (graphical user interfaces) and mouse-driven “point and click” choices presented in drop-down or pop-up menus, dialog boxes, “radio” buttons, etc. It may just be the cantankerous geezer in me, but there was something very satisfying and powerful about being able to key a command, in a collection management database, like:

and to thereby generate a printout, arranged numerically, of catalog numbers, object names, and object descriptions for cataloged documentary items, other than poems, that are written in pencil or crayon. I believe that there are some collection management systems widely used today that could not process a search query of that complexity – especially with reference to the “and not” parameter. I will grant, however, that the process of making point-and-click selections from dropdown or popup menus eliminates the problem of “typos” that often plagued commands keyed from a DOS prompt.

One of my most interesting and challenging experiences in the dim distant days of DOS was that of programming a database system to process commands such as the one above, in Latvian, to meet the needs of the National Cultural Museum of Latvia. I even earned to cuss in Latvian (frequently!) during the course of that project.