The Board of Directors of the Robert E. Lee Memorial Association today announced that John S. Bacon has been named President of Stratford Hall. In this capacity, Bacon will be responsible for raising the profile of Stratford Hall’s mission, directing operations on site, representing the institution in the community and more broadly, and leveraging the property and programming to increase visitation and financial support. 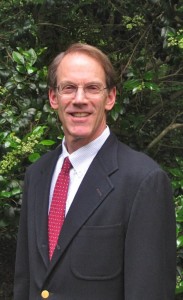 Bacon previously was with the Colonial Williamsburg Foundation in Williamsburg, Virginia, for 28 years, where he honed his executive leadership skills through service as a member of the president’s senior staff and oversight of significant staff and financial resources. As Senior Vice President for External Affairs, Bacon’s executive responsibilities included creation and supervision of a vibrant integrated marketing and communications strategy; oversight of the visitor center and admission ticket sales; community and government relations; publication of a quarterly history magazine; and corporate archives and records. He has also led fundraising and event initiatives. Bacon first joined Colonial Williamsburg as in-house legal officer, assuming responsibility for all legal work at the Foundation and becoming the organization’s first in-house general counsel.  He served as secretary of the Foundation with administrative responsibility for board relations throughout his tenure.

“Stratford Hall’s mission, centered on the leadership of generations of the Lee family, and the range of opportunities on site are gems, and I am excited to help convey that identity to current and future audiences,” said Bacon.  “The historic site arena is challenging but immensely important and enriching, and Stratford Hall, with its exceptional grounds and riverfront, has fascinating stories to tell and memorable experiences to offer.” 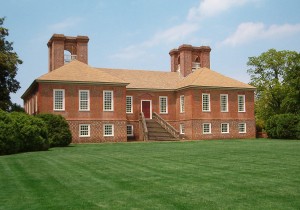 “John is a seasoned and proven nonprofit executive who is uniquely qualified to move the organization forward,” said Mary Wilson, Chair of Stratford’s Board of Directors. “We are very pleased to have him on board with us.”

Bacon’s appointment, which begins June 6, is the result of a comprehensive search process. “Over the past six months, the Search Committee worked with the search firm Russell Reynolds Associates in a very thorough executive search,” said Mary Jane Brock, chair of the board’s Search Committee. “John emerged as the committee’s first choice, and the Board of Directors unanimously voted to approve the committee’s recommendation during its most recent meeting.”

Bacon holds a BA in history from Amherst College and a law degree from the University of Virginia. He and his wife Margaret have four grown children.