Many Voices: Moving Beyond the White Male Interpretation in a NJ Historic House

Many Voices: Moving Beyond the White Male Interpretation in a NJ Historic House 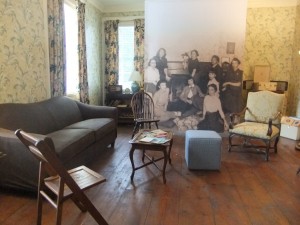 There’s a saying “it takes a thousand voices to tell a single story,” but until recently only one voice was heard in the 1796 Crane House. When the Montclair Historical Society (MHS) saved it from demolition in 1965, they restored it, capturing the white, mostly male voices from the house’s early American heritage. Israel Crane, the house’s builder and one of the town’s founders, was the predominant voice. The voices of the African American women who worked, taught, and lived in the Crane House when it served as the “Colored” YWCA from 1920 to 1965 were silent – and stayed silent for 40 years. With Board approval, plans to “tell” the story of the YWCA women moved forward in 2012, when I was brought on as Project Director.

Montclair, NJ, a New York City suburb, has a reputation for being a mixed-race, progressive town for young professionals and their families. In recent years, MHS struggled to maintain attendance and relevance. They recognized the Y story was one that needed to be told to inclusively portray 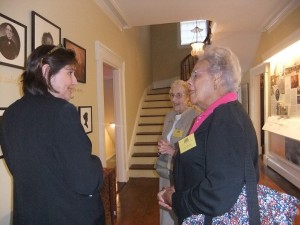 Montclair’s diverse history. Furthermore, it provided a window onto state and national stories. Extensive research yielded more stories about how the YWCA uplifted the lives and spirits of African American women and girls, and through a community-collecting project we interviewed ten women involved in the YWCA.

We produced a documentary about the YWCA and Montclair’s de facto segregation in a national context. A Place to Become: Montclair through the Eyes of the Glenridge Avenue YWCA Women, 1920-1945 premiered at the 2014 Montclair Film Festival.

We also reinterpreted the house to reflect the new voices and stories. Visitors now see how the Crane family,

their domestic help, and the women of the YWCA fit into a state and national context. Visitors begin exploring an exhibition articulating how local and national events intersected with the house’s inhabitants. As visitors explore the rooms, docents encourage them to discuss the issues of the period, including race relations.

Hear more about this transformation in the panel, Old Houses, New Diverse Stories on Friday September 18, 2015 at the AASLH Annual Meeting in Louisville. Hope you’ll join us!