Mark the Mammoth: A Small Museum Makes its Mark on the Twitterverse

Mark the Mammoth: A Small Museum Makes its Mark on the Twitterverse

The arrival of the internet has certainly changed many things, including how we think about marketing our museums. For at least a decade, a museum webpage has been as essential as a yellow page listing was a generation ago. The rise of social media –  with Facebook, YouTube, Twitter and many more –  has increased the importance of the internet in promoting a museum. At the Chemung County Historical Society we’ve been moving  slowly but steadily in to more social media and having some very positive results. 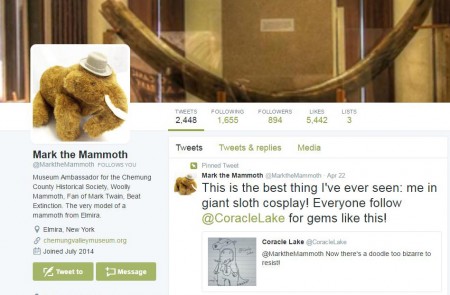 As a director with a small number of staff members, I worry about giving them too much to do. We’ve increased our use of social media, but we’ve also spread things out across so no one person does all the heavy lifting. This lets the staff specialize in areas that are of direct interest to the individual and most closely associated with their particular job. For instance, our curator maintains a Tumblr blog, posting images of collection items she finds interesting. While all the postings are mission- focused, with more people doing the posting, we have an active and interesting variety of voices.

Our newest effort is on Twitter. We specifically chose to do two things with this account. The first is that we wanted to have fun on Twitter with both our history and with our institution. The second is the voice we use on Twitter: our new museum mascot, Mark the Mammoth.  We chose a mammoth because our place name, Chemung, comes from a Native American term meaning “place of the big horn”. This refers to the mammoth tusks people used to find in the river. His name became Mark for both its alliterative value and because Samuel Clemens (a.k.a., Mark Twain) married a local girl and spent many summers in Elmira, NY. 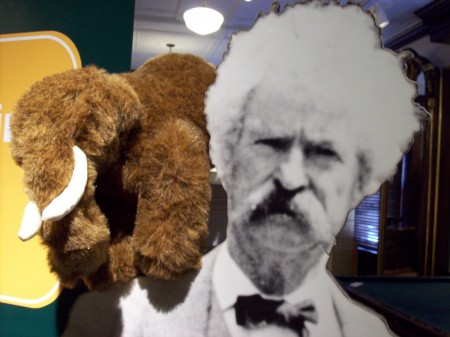 We’ve since discovered that the internet arranges usage on our social media platforms. Local people tend to use Facebook, so it’s become a convenient way to interact with them and promote museum visits. Twitter, on the other hand, has a wider audience, with regular followers across North America and Europe. Hash tags make everything more immediate, allowing us to link with many different groups quickly and easily.

We’re now thinking about using all of our internet portals as part of the whole museum, not just for marketing. The reach of the internet has allowed us to think about and work towards connecting and interacting with people around the globe, even if we never expect them to set foot in our galleries. Twitter and Mark the Mammoth allow us to have one more avenue for that connection. 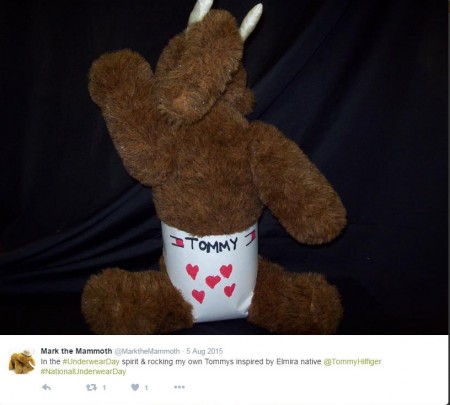