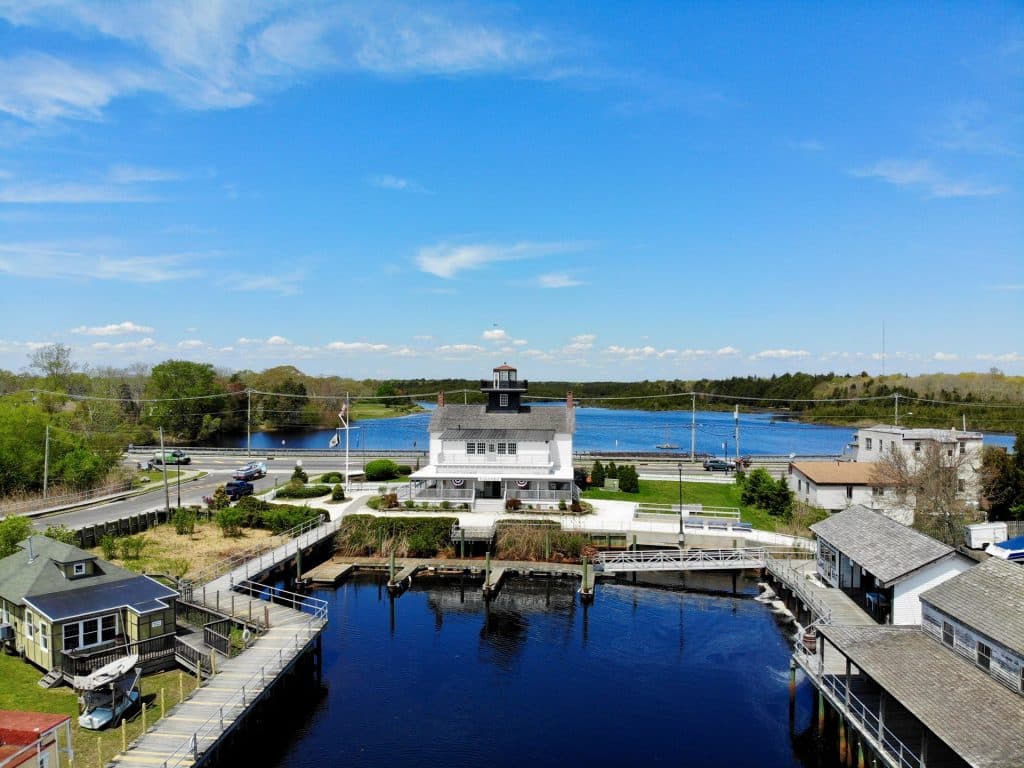 The AASLH Small Museums Affinity Community encourages small museums to share successful strategies in workshops and at national meetings, and to demonstrate what the field can learn from small museums. We will be holding a luncheon during the 2019 AASLH Annual Meeting in Philadelphia on Thursday, August 29, and tickets are still available! Here, Small Museums Affinity Community steering committee member Aimee Newell interviews featured speaker Brooke Salvanto, Executive Director at Tuckerton Seaport & Baymen’s Museum in New Jersey. Brooke will present her talk, “How to Spot Opportunity Disguised as Chaos (at a Small Museum)” at the luncheon.

Aimee Newell: Tell us about what inspired your talk – it’s a great title!

Brooke Salvanto: My talk could have been called “How to survive a lightning strike at 2 a.m. to the Visitor Center right after you recover from the most damage to any Jersey Shore cultural institution following Superstorm Sandy,” but that seemed like overkill! The Seaport has mindfully built a workplace culture that embraces change and welcomes the opportunity to fail. What choice did we really have? For us, chaos and opportunity are inextricably tied together. It has been said: When you cannot control the direction of the wind, adjust your sails. The art of adjusting our sails readily has transformed this grassroots museum into a community center strategically focused on cultural sustainability.

AN: Give us some background on your career path and about Tuckerton Seaport:

BS: I arrived at Tuckerton Seaport in 2011. They needed a grant writer and I needed a spot to land after the theatre where I had been the grant writer was reorganizing. I thought I would stay a few months, recalibrate, and move on. Turns out, the Seaport was the perfect fit for me. Close to home, close to the beach, close to the water, what more could I ask for? The Seaport also put my Master’s degree in American History from Monmouth University to good use. The Seaport was actively building the team of the future. They were looking for staff with diverse outlooks and opinions (and ages) to offer a breadth of experiences and perspectives to continue the transition from grassroots museum to community museum.

Then, in 2012, Superstorm Sandy changed everything. While the forty-acre museum site experienced $350,000 worth of damage, it also found a new calling and a new way of serving its community. The Seaport became a community leader and hub for information and services. I am not sure we realized it at the time, but looking back, the transition from traditional museum to community center began then. Our rebuilding efforts, with a focus on community service first, have been recognized through an IMLS Anchor of the Community Nomination, the United Way’s Young Altruistic Professional of the Year Award, and New Jersey’s President’s Award for Excellence in Tourism, the highest award given at the state level to a tourism destination. In a town with a population just over the three thousand mark, these national accomplishments are not only noteworthy but almost unimaginable. How could I not want to be a part of that? 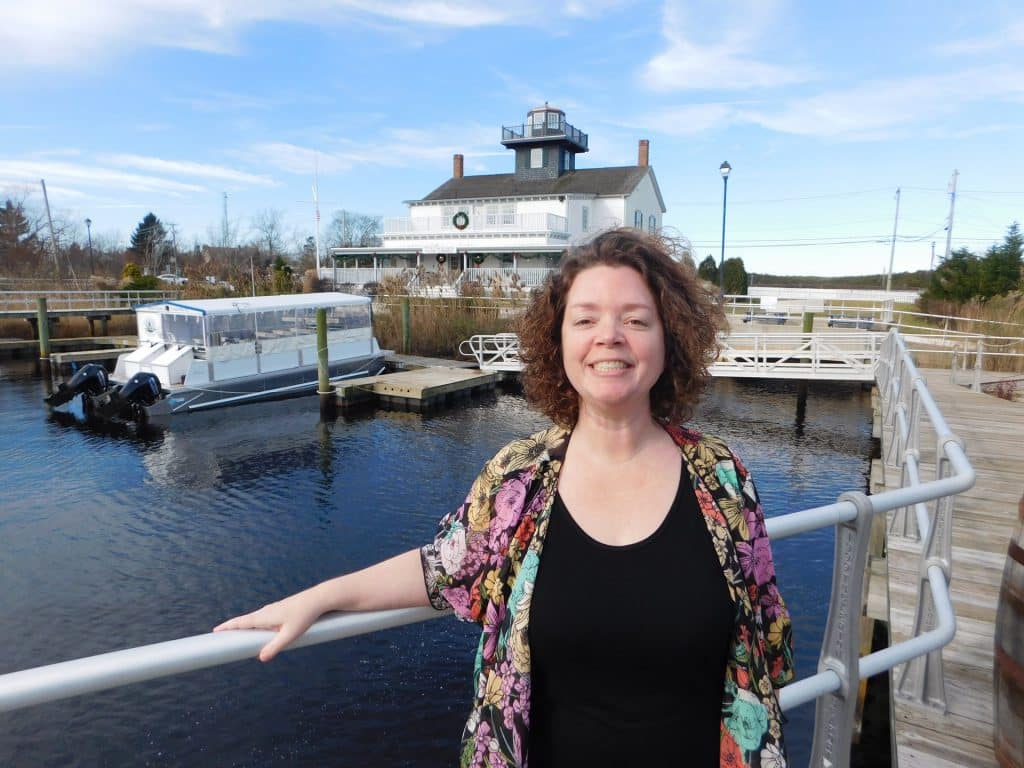 AN: What is your favorite part about working at a small museum?

BS: My favorite things about working at a small museum include being part of a team of professional lemonade makers. I am surrounded on a daily basis by people who make the impossible possible in new and creative ways. I also like being an agent of change. I have learned that having fewer resources does not mean having fewer opportunities – but it does mean less red tape! Other favorite parts of my job include doing our own stunts (the Seaport launched a floating classroom/ferry service this year and we painted our own boat) and building the team of the future to serve the community of the future with a focus on environmental, cultural, and social sustainability (and economic to hopefully follow).

AN: What’s at the top of your wish list for Tuckerton Seaport right now? 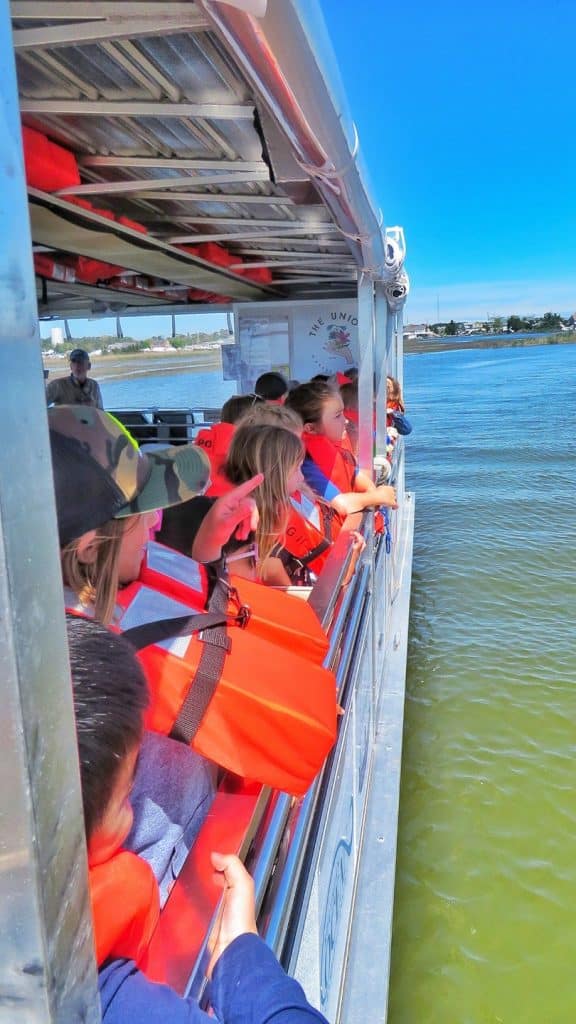 BS: Tuckerton Seaport launched a floating classroom/water ferry service this year. Our goal is to get twice the number of people who live in our town out on the water to have a firsthand transformative experience by the end of next summer. With the first month under our belt, we are approaching the one thousand mark! When we discovered that 94% of the students who visit the Seaport have never actually been out on the water, we knew it was our obligation to change that. Students aboard the Pohatcong II travel the same historic route that residents over a hundred years ago traveled. They learn about these early inhabitants’ occupations and recreation centered on the water and nearby Pinelands. They also learn how living and working in harmony with nature ignited utilitarian forms of art that are being passed on today at Tuckerton Seaport through tradition bearers and makers. The floating classroom has provided a new way to engage audiences on the water with the coastal culture of New Jersey by providing a sense of place and also a sense of community.

To learn more from Brooke about how her team has found opportunities in chaos, please join us at the Small Museums Affinity Community luncheon on August 29!