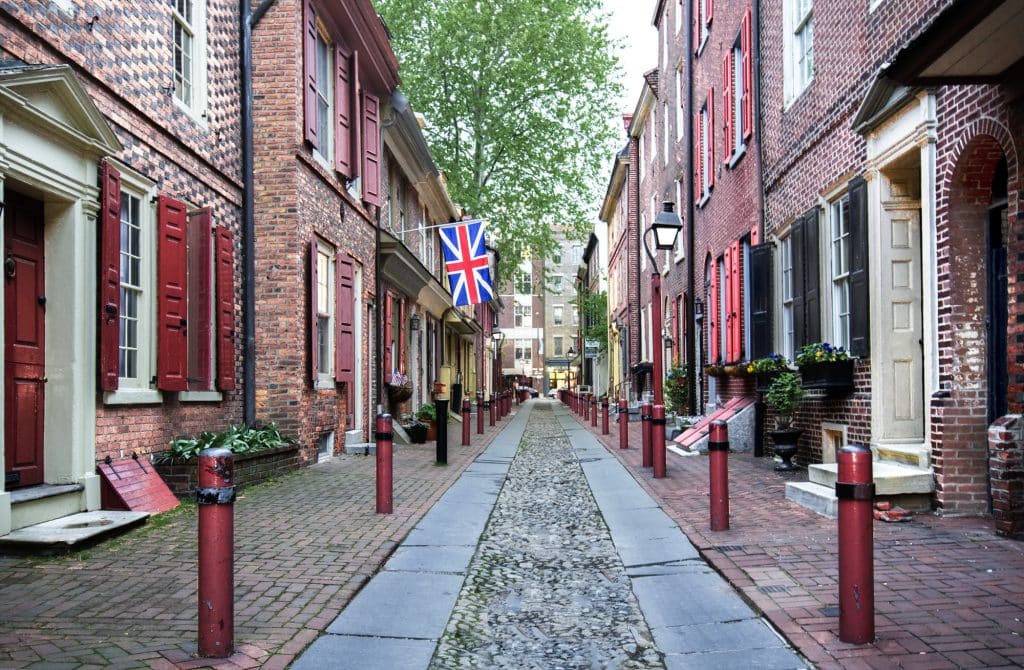 Philadelphia is home to countless museums and heritage sites, but historic house museums offer a unique chance to step into another time and experience different ways of life in this historic city. Add a few of these historic gems to your list while in town for the AASLH Annual Meeting, and keep an eye out for treasures chosen by staff at each site. 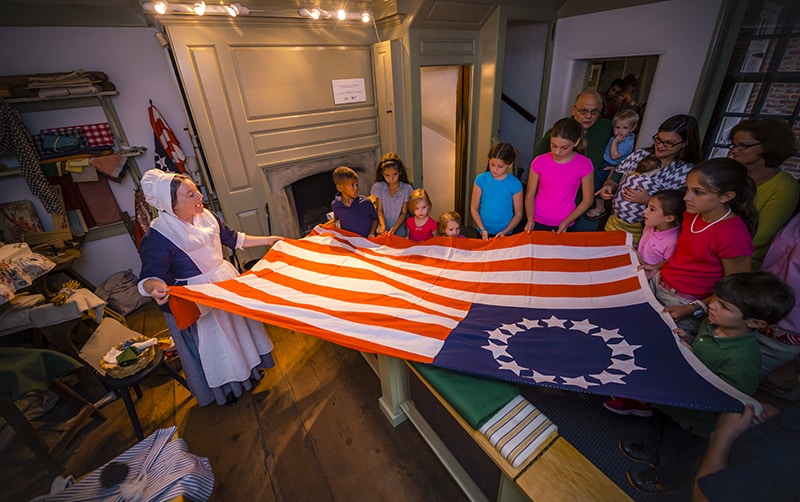 While it is most commonly known as the Betsy Ross House, this museum’s official name is The American Flag House and Betsy Ross Memorial. The site celebrates the life of the American flag seamstress and her contributions to the American Revolution.

What’s Happening:
Visit the Upholstery Shop to see curtains, linens, and of course, flags crafted in the eighteenth-century tradition. The pieces are often seen on display, and the shop helps other heritage sites with their textile needs as well. When she’s not busy with bobbins, a Betsy Ross interpreter can answer your questions about stitching stars and stripes.

Collection Highlight:
Kim Staub, Collection and Exhibition Manager, calls out the Claypoole Family Bible as a highlight. The bible holds records of milestones of several generations of Betsy’s family. To Staub, the bible serves as “a reminder that Betsy’s story is more than just a single flag, but of a lifetime of using her talents as an upholsterer, a woman, and a patriot to help build a new nation.” 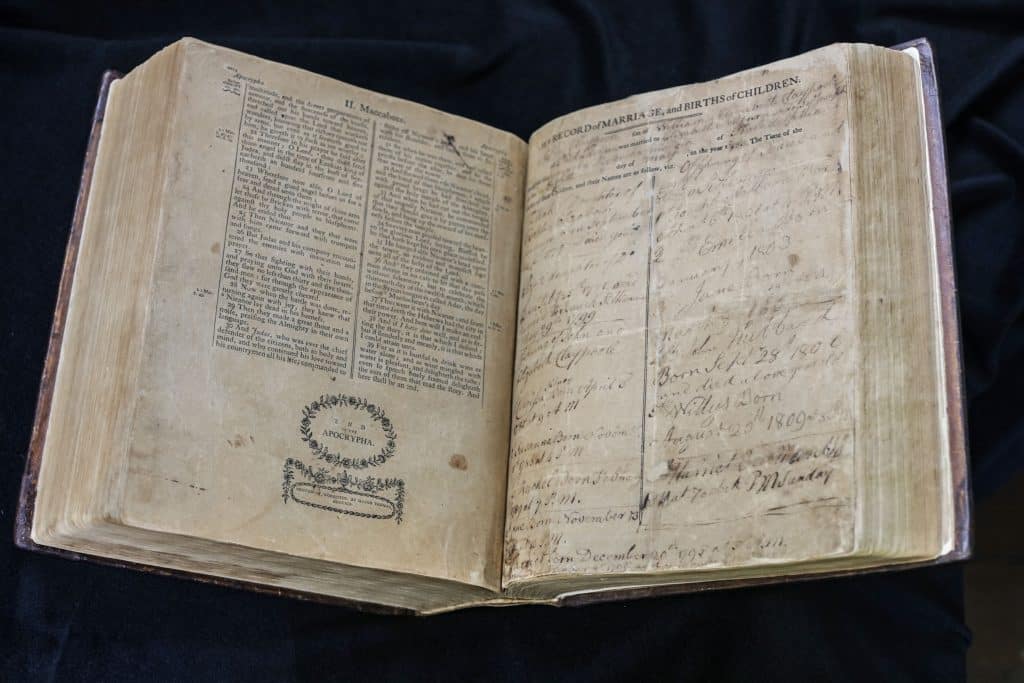 This picturesque passage of homes is documented as the nation’s oldest residential street. Step around Instagrammers clamoring for the perfect shot and you’ll find thirty-two carefully restored homes in Federalist and Georgian architectural styles. While many of the houses are active residences, the Elfreth’s Alley Museum House offers visitors a glimpse into the architectural history of the area and the lives of the everyday people who built Philadelphia.

What’s Happening:
The museum is launching a new exhibit about the history of preservation work in Philadelphia. Visitors will learn about how New Deal programs, such as the Federal Writers’ Project, the Museum Extension Project, and the Historic American Buildings Survey shaped the United States heritage landscape. 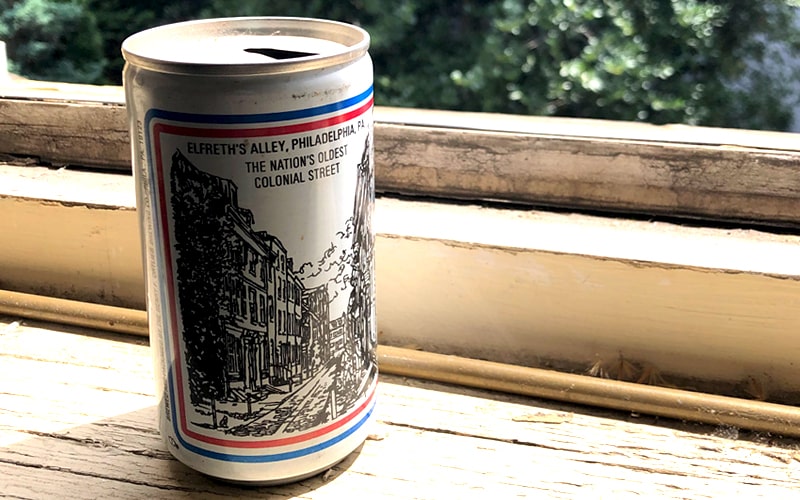 Collection Highlight:
If you happen to see the museum’s director, Ted Maust, ask him about his favorite collection item and he will gladly show you a limited edition can of Ortlieb’s beer. The can was made to honor the nation’s bicentennial, and is stylized with a drawing of Elfreth’s Alley. 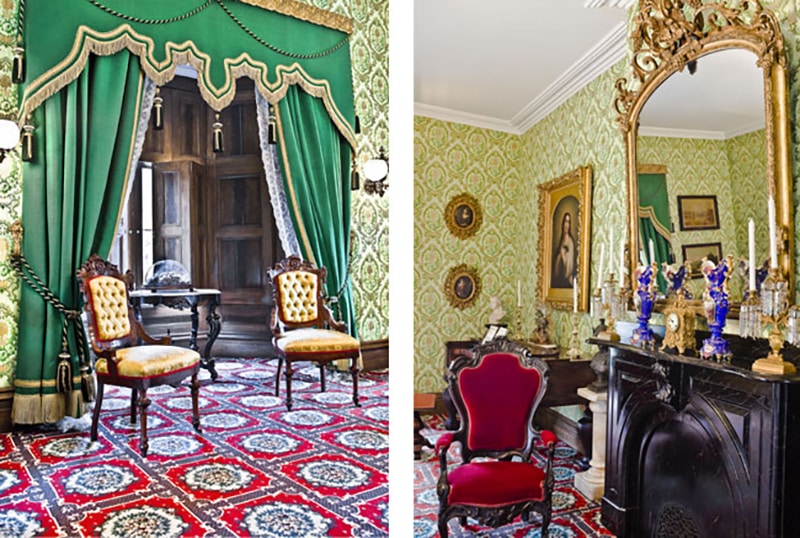 This authentically restored Victorian mansion offers visitors a chance to experience Victorian life and culture through exploration of period rooms decorated in high Victorian fashion. The tour reveals the lives of the house’s residents, including the people who lived and worked in the shadows as servants.

What’s Happening:
The museum is hard at work on their upcoming exhibit, “The Talented Tenth: Black Entrepreneurs, Physicians, Artists and Educators Who Shaped the City and Nation.” The new exhibit will be highly interactive and designed with the needs of their community in mind, a community where 77% of residents identify as African American. While the exhibit is not quite ready, the museum has several opportunities to learn about black history in Philadelphia, especially in the nineteenth century. 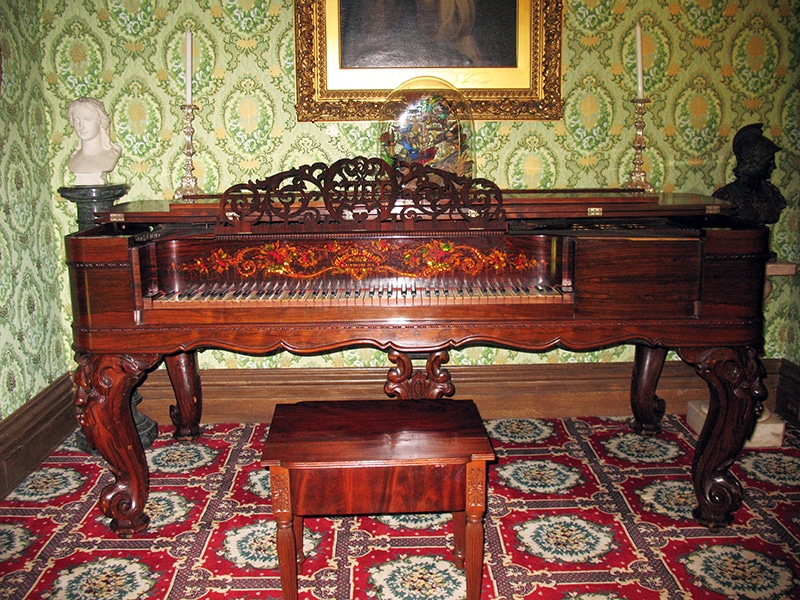 Collection Highlight:
Executive Director, Diane Richardson, says an 1865 square grand piano manufactured by the Charles M. Steiff Company is one of her favorite pieces in the museum’s collection. Made of rosewood with delicate mother of pearl inlays, it is a visual treat to behold. 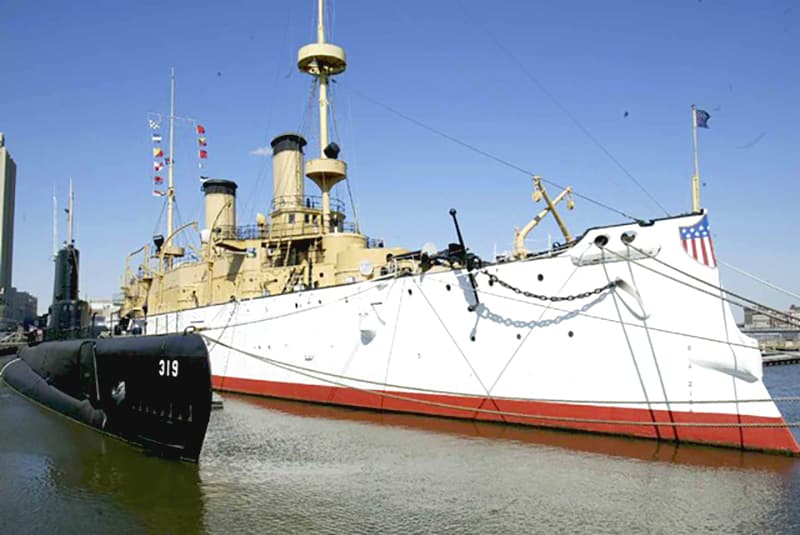 We tend to think of houses as stationary sites, anchored to land. For sailors, however, this is not always the case. The Independence Seaport Museum welcomes visitors aboard its vessels, the Cruiser Olympia and the Submarine Becuna, to explore the lives of enlisted men both on board ships and under the water.

What’s Happening:
Explore “The British Mistake” and learn about how the mismanagement of Britain’s resources in the early years of the American Revolution led to an American victory, and how Philadelphia’s waterways played in important role in the defeat of British troops.

Collection Highlight:
Chief Curator, Craig Burns, says a letter written in 1784 is among his favorite pieces in the museum. The letter was written by the Congress of the Confederation to the Empire of China in support of Captain John Green (Captain of the trading ship The Empress of China) to confirm the diplomatic legitimacy of the trading vessel. Burns notes that the letter is a manifestation of early encounters between the two countries, and a “window into the anxiety the new Americans felt about their place in the world.”

Join the AASLH Emerging History Professionals at #AASLH2019 for a History Happy Hour at the Assembly Rooftop Lounge on Thursday, August 29, from 5:30-6:30 pm.