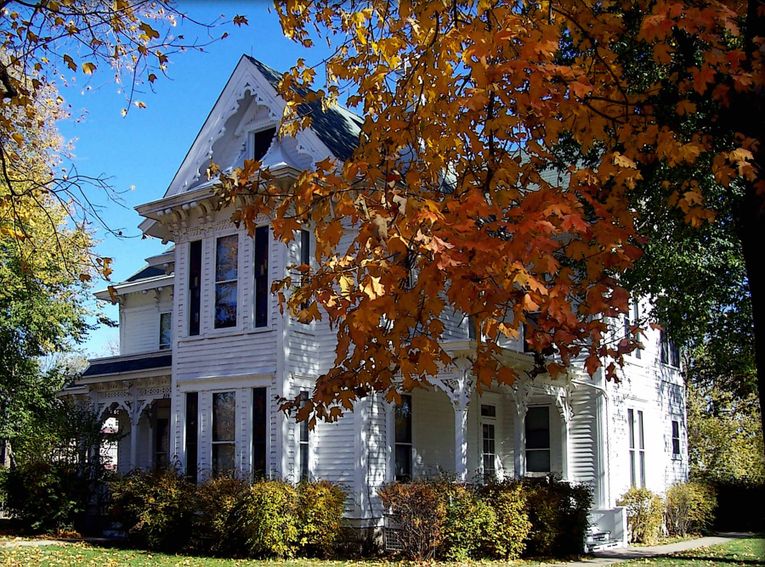 Are you waiting until you get to Kansas City to purchase tickets for workshops, meals, tours, and events? Some events are already selling out, so you may want to act now! You can still add events until August 31 and guarantee your spot. Here are some that you definitely don’t want to miss:

Wednesday Workshops
Are you in an entry-level position or ready for a job change? Come over early on Wednesday for some valuable career advice from leaders in the field for moving to the next level at the Career Growth Studio workshop. For those in charge of an organization or department, join members of AASLH’s Diversity and Inclusion Task Force for the workshop To Be More Inclusive: Training and Resources in the Arts and Humanities Field to learn how integrate and practice inclusivity to improve your human resources and programs/activities.

Are you struggling with fundraising in your institution? Growing philanthropy means valuing and understanding a donor’s point of view. It means spending more time thinking about the donor’s intentions, rather than thinking about our own interests in raising money. Philanthropy is not about the organization’s needs; it is about vision casting and becoming more donor-focused. Debbie Bass, Vice President of Development for the National WWI Museum and Memorial, and Matthew J. Beem, President and Chief Executive Officer of Hartsook, will be speaking about this very subject in a half-day workshop, Donor-Focused Fundraising: Letting Research Guide Your Organization’s Philanthropy, that will include the voices of some local funders in the Kansas City area.

Not-To-Be Missed Tours
Tours at the Annual Meeting are some of the best ways to get to know our host city and see what other history organizations are doing at their sites. Some tours have already sold out, but here are some great tours you won’t want to miss.

Johnson County History: From Settlement to Suburbs
Wednesday, September 26, 1:30 – 5:30 pm
Visit three sites and move chronologically through the history of Johnson County, Kansas, a suburb of Kansas City. The tour will begin with a visit to the Shawnee Indian Mission to explore the relocation of Native American tribes, white settlement in the area, and the 1839 Manual Labor School. Move forward in time to the 1860s at the Mahaffie Stagecoach Stop & Farm, where you can ride a real stagecoach and explore farm life on the Kansas frontier. Fast forward to Shawnee Town 1929 to explore truck farming on the outskirts of Kansas City during a dynamic period of history.

The Consequences of Time and the Truth of Creative Building Reuse: A Walking Tour of the Crossroads Arts District
Thursday, September 27, 7:30 – 8:30 am
Kansas City’s Crossroads District has reemerged in recent decades as a lively arts district, but it also boasts a fascinating past. Among the most interesting aspects of the Crossroads is the way that past and future merge here, especially through the creative reuse of the district’s historic buildings. Hosted by the Missouri Humanities Council and led by architectural historian Cydney Millstein, this 1.5-mile walking tour will give insight into the history of five Crossroads buildings, their modern re-uses, and the processes of preservation. The tour will begin with an overview of Crossroads history. From there, see the TWA/Barkley building, then the Vitagraph Building, followed by the Reiger Hotel. The tour will make an extended stop at Messenger Café, where participants will hear about the building’s repurposing and enjoy some of Kansas City’s best coffee and pastries. Finally, finish at the Main Street Theater (Alamo Drafthouse). 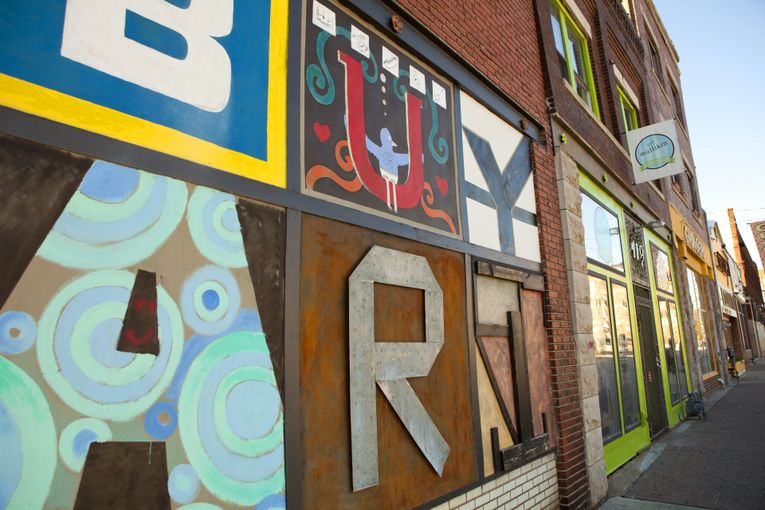 18th and Vine Historic District
Saturday, September 29, 7:30 am – 12:30 pm
The 18th and Vine District was primarily known for its commercial value, and entertainment centers such as nightclubs and dance halls that become a prominent location for jazz developed in the 1920s. The influence of Mayor Tom Pendergast’s “wide open” city allowed nightclubs to remain open during Prohibition, and the Kay-Cee style of jazz that developed during this time has been attributed to Count Basie and Charlie Parker. The black population in Kansas City increased between 1900 and 1940, primarily due to the Great Migration from Southern rural communities. This area was known as a Mecca for black businesses which included Ol’ Kentuck BBQ, Roberts’ Motor Mart, and the Street Hotel and Lincoln Building, which housed many doctors, dentists, lawyers, and other professionals. In addition to a walking tour led by the Black Archives of Mid-America, the tour will include a stop at the American Jazz Museum and Negro Leagues Baseball Museum.

A Day in St. Joseph
Saturday, September 29, 8:00 am – 5:30 pm
St. Joseph, Missouri, was once the westernmost edge of the United States, the last stop before pioneers crossed the Missouri River into Indian territory and where you can find the beginning of the Pony Express and the end of the notorious Jesse James. With more museums per capita than Washington, D.C., St. Joe is the perfect place to explore local, state, and iconic American stories. Combining the American West with stories of some of the most renowned American geniuses, St. Joe’s museums invite you to take the trip north of downtown Kansas City and learn about these stories and more!

Lab Experiences
Finally, end the conference with lab sessions at two local museums on Saturday, September 29 from 1-5:30 pm. These in-depth experiences allow participants to dig deeper in a topic related to a Kansas City area museum and gain inspiration to take home to their organizations.

Inside the White House: The Decision Experience
The butterfly effect of decisions in our everyday lives pales in comparison to the impact that the actions of our world leaders have on all of us. One afternoon at the Harry S. Truman Library and Museum will introduce you to the truth or consequences that defined the President’s legacy. Beginning with a guided tour of museum exhibits, you will learn how the first four months of President Truman’s administration shaped the world we live in today. Then, you will move downstairs to the recreated West Wing for the White House Decision Center experience. Step into the roles of President Truman and his advisers, work with formerly classified primary source documents, and collaborate to tackle some of history’s greatest challenges, such as whether to use the atomic bomb to end WWII or how to respond to the Communist invasion of South Korea. This innovative history lab will expose you to the high-stakes decision-making process of negotiating solutions with cabinet members and resolving international conflicts creatively.

Interpreting World War I: Engaging Audiences in “Overlooked” Histories
World War I set the foundation for the modern world, which can make engaging modern audiences a snap. Have fun learning about the era’s enduring impact and discover new approaches to exploring “overlooked” histories with the Education Staff of the National WWI Museum and Memorial.

To add these ticketed events (or any of the others on the schedule) to your registration, log in to your AASLH account, call us, or email jackson@aaslh.org. We look forward to seeing you in Kansas City!