Taking History into Our Own Hand(icraft)s: Interpreting a Lost Douglass Site in Rochester 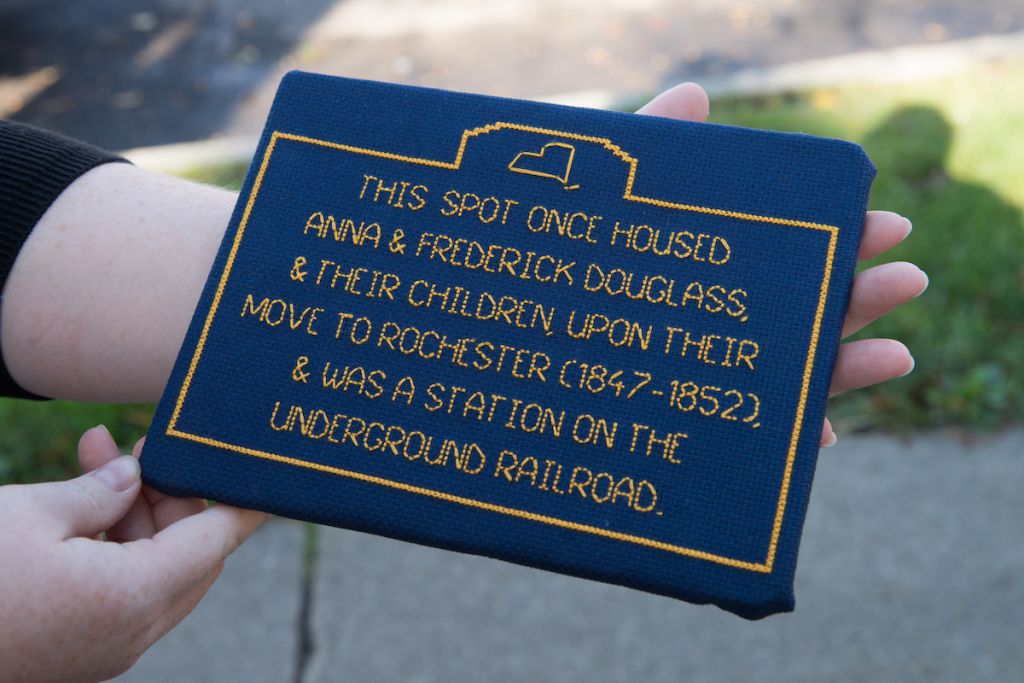 Sometimes a bit of thread and yarn can offer a temporary fix when it comes to mending together a solution. The problem for which a solution is needed? Historical erasure.

Enter “craftivism,”a contemporary word for a practice that has been around for probably as long as humans have been making things. Writer Betsy Greer is credited with this term, which can be understood most simply as “craft + activism.” A craftivism manifesto on her website begins, “A craftivist is anyone who uses their craft to help the greater good.”[1] Fiber arts as a tool of understated but powerful protest has a long history in the United States. Craft activism can be traced back to the crafting of the American flag and the American colonists who made and wore “homespun” fabrics as protest against the clothing imports of the British colonialists prior to the Revolution. [2] Our local crew of historians, crafts folks, and community partners decided to utilize the power of craftivism to commemorate a lost historic site with the recognition it deserves.

In 1847, the famed abolitionists Frederick and Anna Douglass, along with their children, moved to Rochester, New York, to embark on the monumental enterprise to publish The North Star newspaper. Yet today, the location of their residence, which was razed and became a parking lot in 1954 according to research by Emily Morry of Rochester’s Office of the City Historian, offers no commemorative marker indicating its significance to passersby on busy Alexander Street in downtown Rochester. The Douglass family lived at that spot for five years before moving to a secluded residence on the outskirts of the city to more easily engage in their Underground Railroad activities.

When, in 1941, the Rochester zoning board approved the request to raze their house and building a parking lot in its place, “Only one resident of the neighborhood appeared to protest,” according to the Democrat and Chronicle newspaper. No reason was given, and Frederick Douglass’s name was not mentioned in the brief news announcement.[3]

Urban renewal, we understand, can demolish places of historic importance for the sake of convenient parking. And sure, I value a good parking spot like anyone else, and we certainly can’t go back in time to preserve the house where one of the most prominent African Americans in this country’s history fought for human rights and lay the groundwork for the contemporary Civil Rights movements. But aren’t we morally obligated to restore a sense of place, recognition, and commemoration to a place with sacred history? 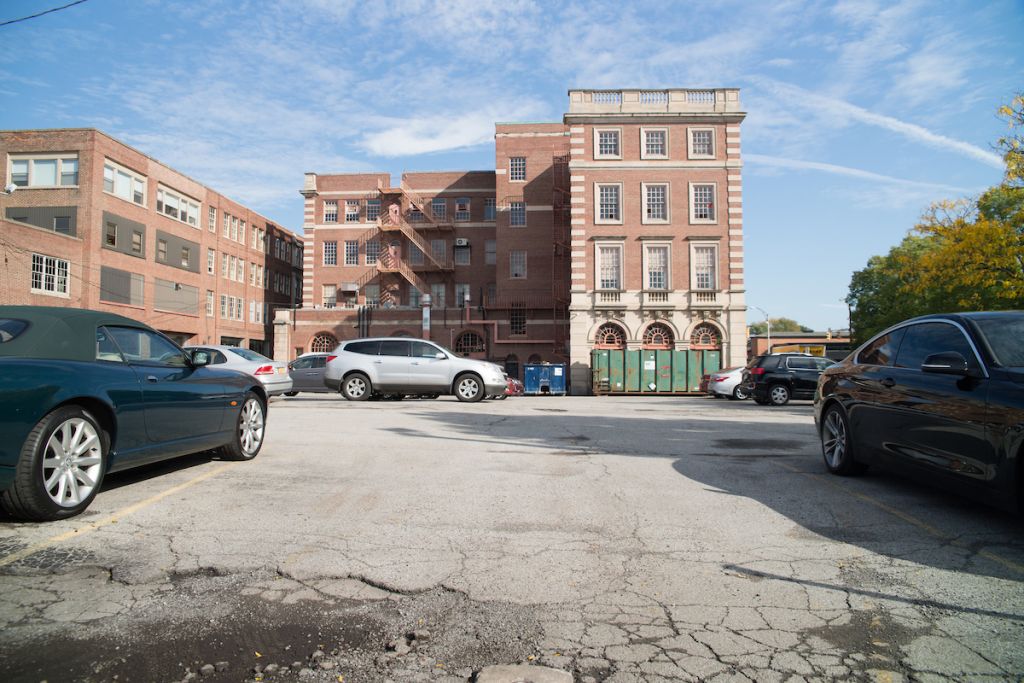 It may be hard to feel and envision greatness amid the concrete and car fumes of a nondescript parking lot, but a historic marker can jumpstart our imagination and spark a sense of awe as we traipse along these city streets. After all, that house on Alexander Street may have been the first house Douglass ever owned as a free man, according to a written account by Jane Marsh Parker, a Rochesterian who lived next to the Douglass family as a girl. She recounted: “One of the first things he did after settling in it, and making a private study of a hall bedroom on the upper floor, was to write a letter to his old master, Thomas Auld, in which he said: ‘So far as my domestic affairs are considered, I can boast of as comfortable a dwelling as your own.’”[4]

And it’s from this house, a two-story nine-room brick abode, that he charmed the neighborhood kids who enjoyed listening to his violin music-making. Parker wrote: “If he knew that a group of children were gathered before his window on a warm summer night when he was singing to his violin, he was sure to give them what he knew they were waiting for – ‘Nelly was a lady’ or ‘Old Kentucky home’ – coming to the door and bowing his acknowledgement of their hearty applause.”[5]

What a beautiful reminiscence of a neighborhood scene, consigned to history but lost to memory. The Douglass family moved to their more secluded residence on South Avenue in 1852: it’s now a Rochester public school that is thoroughly commemorated with plaques and markers and murals, and the attached library bears the name of this historic icon. 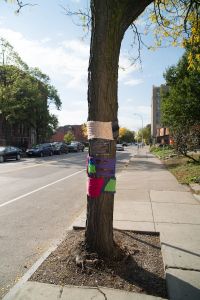 I am hopeful that soon there will be a marker on this Alexander Street spot as well, since the parking lot owner has granted his permission to allow a historic marker to be placed there. In the meantime, as we await the schedule and timeline of granting agencies, we employ the vibrant but ephemeral nature of colorful fiber to honor this liminal space. The yarn and thread is evanescent, there then gone. Like one’s experience in the parking lot – it’s a space-holder, a marker as one journeys elsewhere, soon to put the car in drive and head out of sight.

So, for the time being, in place of an official historic marker we installed a cross stitch, designed and created by Alison Flaherty of The Nerdy Octopus that resembles the real deal. While there is no trace of the Douglass family here on Alexander Street, we attempted to correct this injustice by wrapping a tree with crochet “emojis” of the five Douglass children and their remarkable parents who once called this spot home. An official marker will restore permanence to Frederick Douglass’s parking lot to say that an American family of tremendous import and inspiring action once called this place home. For now, we offer the humble interlocked fibers of thread and yarn doing their best to commemorate this spot and ask passersby to pause for a moment, pay attention and – if they’re so inclined – to pay their respects.

[2] See Marla R. Miller’s Betsy Ross and the Making of America and Laurel Thatcher Ulrich’s The Age of Homespun: Objects and Stories in the Creation of an American Myth. For additional reading on yarn used for political causes, consider: Jack Z. Bratich and Heidi M Brush, “Fabricating Activism: Craft-work, Popular Culture, Gender,” in Utopian Studies 22, no. 2 (2011), Kirsty Robertson, “The Revolution Will Wear a Sweater: Knitting and Global Justice Activism” in Constituent Imagination, and Julie Wolfram Cox and Stella Minahan, “Where Pop Meets Purl: Knitting, the Curation of Craft, and the Folk/Mass Culture Divide,” Curator: The Museum Journal 58, no. 3 (2015).