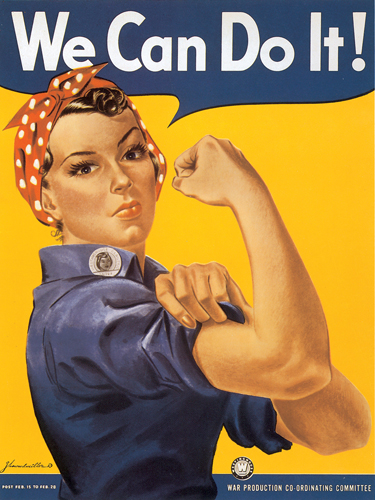 The iconic Rosie the Riveter is frequently used as a symbol throughout National Women’s History Month. Image: J. Howard Miller, “We Can Do It!,” ca. 1942, War Production Coordinating Committee.

It’s March again, and the arrival of another Women’s History Month got me wondering about when this national observance began. Much to my surprise, a National Women’s History Month did not actually begin in the 1970s when the second wave of the women’s equality movement and campaign to pass the Equal Rights Amendment were in full swing, although the start of a women’s history week did occur in the late ‘70s. Rather, like the pursuit for women’s equality more generally, the journey towards a nationally designated women’s history month in this country happened incrementally, over a longer period of time.

International Women’s Day was the Start

According to the National Women’s History Project (NWHP) and the United Nations (UN), the idea for a month to celebrate women’s history had its origins in International Women’s Day on March 8th. Before it was adopted by the UN in 1975, International Women’s Day had much more radical origins, and can be traced back to labor union strikes and observances in the United States and elsewhere at the turn of the 20th Century. The UN specifically points to the 1909 National Woman’s Day on February 28th, which was sponsored by the Socialist Party of America to honor the 1908 Garment Workers’ Strike in New York, as the first designated “day” to celebrate women, although there are other early 20th Century international examples. (United Nations, “History of the Day,” ) 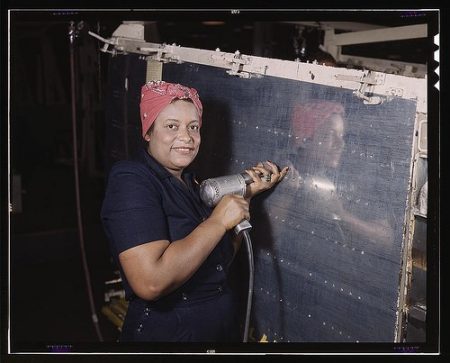 A real “Rosie the Riveter”: Operating a hand drill at Vultee-Nashville, a woman is working on a “Vengeance” dive bomber, February 1943. Photo Credit: Photograph Courtesy of the Library of Congress Source

From Women’s History Week to an Entire Month

Do We Still Need a Women’s History Month?

Many, including myself, grapple with the concept of a separate “month,” or even separate institutions like museums to observe and celebrate the accomplishments of women. Since we make up over half of the world’s population, shouldn’t our history already be fully integrated into school curricula, books, the arts, and cultural institutions as well as represented in the composition of our government and other professions? Yes, it should, but no, it still isn’t. Until then, I believe that there is a practical utility to having separate women’s history months, departments, and museums as a step towards achieving greater recognition, understanding, and inclusiveness. To that end, the AASLH Remember the Ladies blog will feature a “Women Who Mentor” blog series this month, as well as share some excellent educational resources at the end of this post as a place to start (or continue) your women’s history journey. Please feel free to share other great resources and ideas in the comment section below!

Her Hat Was In The Ring