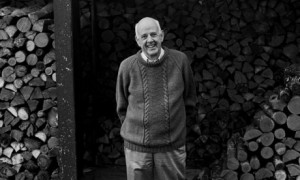 With only two months til the Annual Meeting and the early bird registration deadline of July 24 fast approaching, it’s time to start planning for all the great sessions, talks, and events you want to attend in Louisville this September.

In anticipation of what is certain to be a fascinating and insightful discussion, here are five things you (probably) didn’t know about Wendell Berry.

1. Now entering his 80s, Berry still engages in nonviolent civil disobedience, protests, and sit-ins as part of his commitment to environmental activism. His causes include sustainable agriculture and renewable energy. One of his most recent actions involved camping out for a weekend at the Kentucky Governor’s office to protest mountaintop mining.

2. His stories often take place in Port William, Kentucky, a fictional rural town inspired by his hometown of Port Royal. Since 1960, Berry has chronicled small town life and the experiences of everyday people through his Port William series. The latest installment, A Place in Time: Twenty Stories of the Port William Membership, was published in 2012.

3. After traveling the world as a professor and Guggenheim Fellow, Berry returned to his home county in 1965 and has lived there ever since. Lane’s Landing, his farm, is located in Henry County where his family has farmed for at least five generations.

4. The Berry Center in New Castle, Kentucky was established in 2011 by the Berry family to “advocate for farmers, land conserving communities, and healthy regional economies.” Berry has long been an advocate for local culture and community, as well as the connection between people and they land they work.

5. He is the first living writer to be inducted into the Kentucky Writers Hall of Fame. Other inductees include Robert Penn Warren, Thomas D. Clark, and Hunter S. Thompson.

We’re very excited to have Wendell Berry as a speaker for this year’s meeting, and we can’t wait to hear what he has to say about the importance and impact of local history. Here are some of his thoughts on the subject from a 2010 collection of essays called What Are People For? 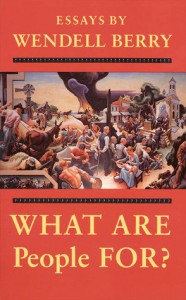 “When people begin to replace stories from local memory with stories from television screens, another vital part of life is lost. I have my own memories of the survival in a small rural community of its own stories. By telling and retelling those stories, people told themselves who they were, where they were, and what they had done. They thus maintained in ordinary conversation their own living history.”