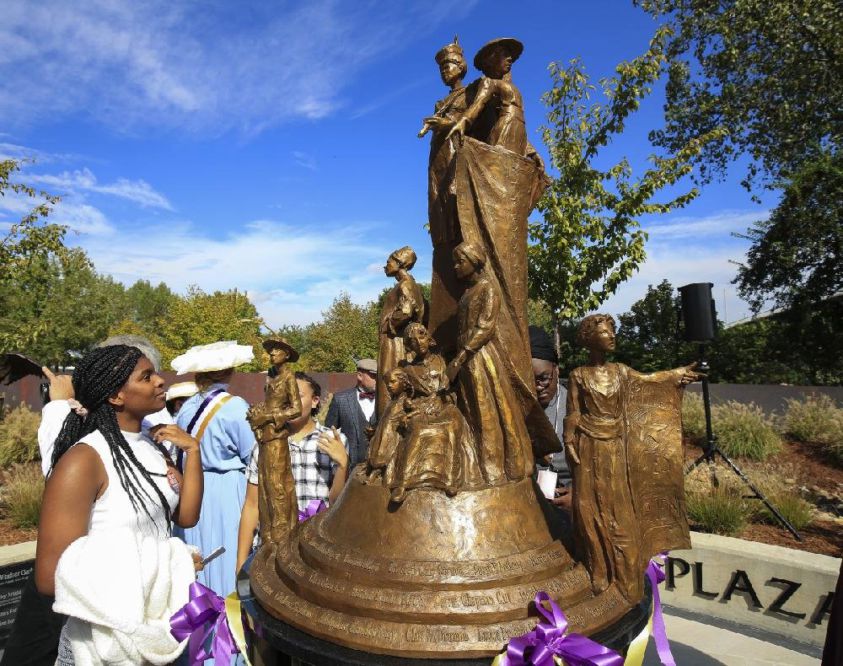 August 26th marks the 101st anniversary of the 19th amendment being officially added to the Constitution. Outside of March, Women’s Equality Day seems to be the most popular time to talk about women’s history in the U.S. As co-chair of the AASLH Women’s History Affinity Community steering committee, I’m delighted to let you know that AASLH is doing justice to women’s history at the upcoming conference in Little Rock.

There are a couple of opportunities at the 2021 AASLH/AMA Annual Meeting for exploring the unique place Arkansas holds in the history of the women’s suffrage movement: the Sunrise Suffrage Stroll and the Votes for Women Tour. Arkansas was the first non-suffrage state to allow women to vote in primary elections and the 12th state to ratify the 19th Amendment, one of very few Southern states to do so. The Sunrise Suffrage Stroll is a free 1.9-mile walking tour at 7 am on Thursday, September 23. As we stroll, you’ll see suffrage related sites in downtown Little Rock. The final stop will be the “Every Word We Utter” sculpture by Jane DeDecker. The Votes for Women Tour on Friday, September 24, will start with a breakfast tea at ESSE, one of only two purse museums in the world. After viewing the exhibits, we’ll visit historic sites that speak to the diversity within the suffrage movement in Arkansas.

But there’s much more to women’s history in Arkansas than just the women’s suffrage movement. Arkansas women have played a significant role in the events that shaped the state and you’ll find their stories front and center on the tours and at the event sites. I hope you’ll join us next month for what I know will be a great conference!