This column originally appeared in the Winter 2020 issue of History News, AASLH’s member magazine. Access a digital copy of the issue for free in our Resource Center. 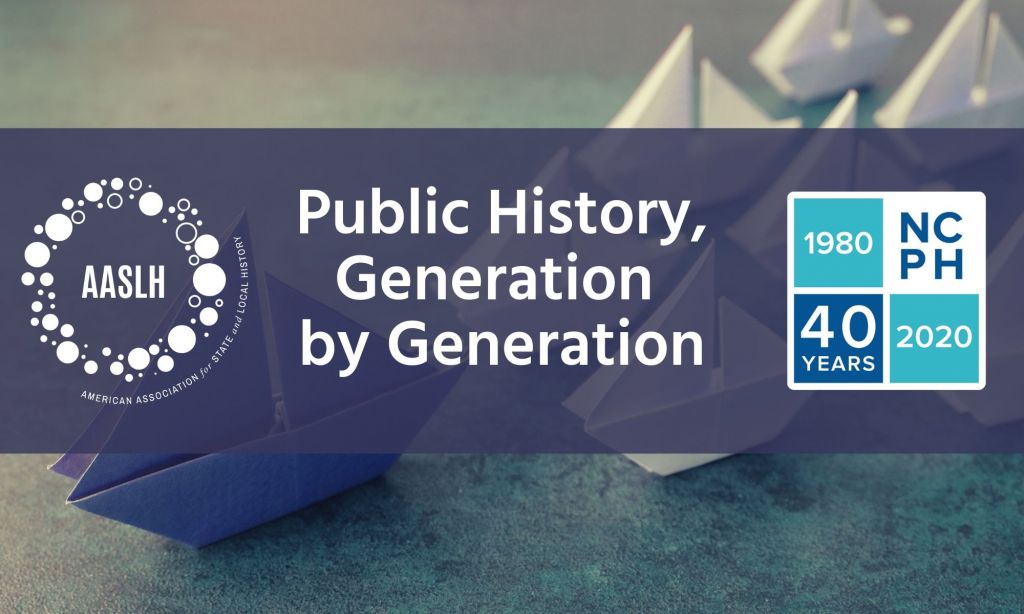 AASLH will be eighty years old this year, and the National Council on Public History (NCPH) has turned forty. We have common goals and overlapping memberships and should be working more closely together than ever.

In 1979, as the idea of a “public history” field was emerging, Jerry George, my predecessor as CEO forty years ago, said “I hope that …AASLH can find ways to help extend a hand…and to become more useful to young people who are training to become ‘public historians,’ and to their professors.” His editorial, titled “Take a ‘public historian’ to lunch,” opened a themed issue of History News (May 1979) that introduced the newly named field to the state and local history community. “Some of you who for years have been doing, in a historical society or museum or archives or historic site or government agency, something that is now being called ‘public history’ will resent the implication that it is anything new at all,” he pointed out.

In the same issue, Larry E. Tise, director of the North Carolina Division of Archives and History, who would succeed George as head of AASLH in the late 1980s, explained the double origin of the public history field. First, a growing number of historians in the early twentieth century were working in federal and state archives and park services, museums, historical societies, and editorial projects, and this trend continued thanks to World War II and postwar expansion. Second, the academy-based, job-crisis-caused invention of the term “public history” emerged “from its twofold source as a possible cure for the job crisis and as a possible organizing principle for historians already working in the public and private sector.”

In March, NCPH was all set to mark its four-decade anniversary at its Annual Meeting in Atlanta. Despite the conference’s unfortunate cancellation due to the COVID-19 pandemic, there is much to celebrate about this fortieth birthday. At present there are some 160 programs in the U.S. and Canada that offer public history or related master’s degrees, five offering a Ph.D., and growing number of history departments with courses and even certificates for undergraduates. Besides institutionalizing, NCPH and its members over the decades have established “public history” as a flourishing subfield inside the academy and beyond. Decades of graduates coming from public history programs have helped raise the quality of work across our broad historical community.

The relationship between AASLH and NCPH continues to flourish, and we have collaborated more in each of the past few years. Full disclosure: when I came to AASLH in 2015, I had been the Executive Director of NCPH for nine years. That has helped in integrating the two sides of our shared public history community. So has the growing number of people who attend both conferences and read each organization’s publications. At the same time, the two associations are partnering on an expanding number of projects. Our jointly-produced online Inclusive Historian’s Handbook, launched last fall at inclusivehistorian.com, is an example. NCPH is also part of the AASLH Framing History project, funded by the Andrew W. Mellon Foundation, to study gaps between how the general public and we practitioners think about history and historical organizations. In addition, AASLH draws on NCPH members for special sessions and workshops, for our book series, and for 250th anniversary planning.

NCPH materialized as a nonprofit in 1980. AASLH was founded in 1940. About four decades before that, in 1904, the kinds of people and institutions who would one day cohere as AASLH, had organized themselves as the semi-autonomous “Conference of State and Local Historical Societies” within the American Historical Association.

Major movements in the historical community have happened every forty years. Are we due for another?

Cultural and political crises of the 1960s and ‘70s, the rise of the new social history, and the nation’s Bicentennial in 1976, as well as a job market crash for Ph.D.s, all configured to create conditions for the “public-history” movement and NCPH’s appearance in 1980. There are parallels to each of those variables today, most positively the chance we all have to make something of the nation’s 250th commemoration between now and 2026. Will we see a major new formulation of public history work as the Semiquincentennial approaches? Maybe the 250th is a chance to fully link research and teaching by the majority of traditional academic historians with the insights, practices, and methods of public historians and public history practitioners. Perhaps the 250th can lead to an infusion of public history and public history institutions into every history classroom.

While ensuring that small and large history organizations thrive, we should use this once-in-a-generation opportunity to create a more truly unified history community for at least the next forty years.