How States Are Preparing for the U.S. 250th Anniversary 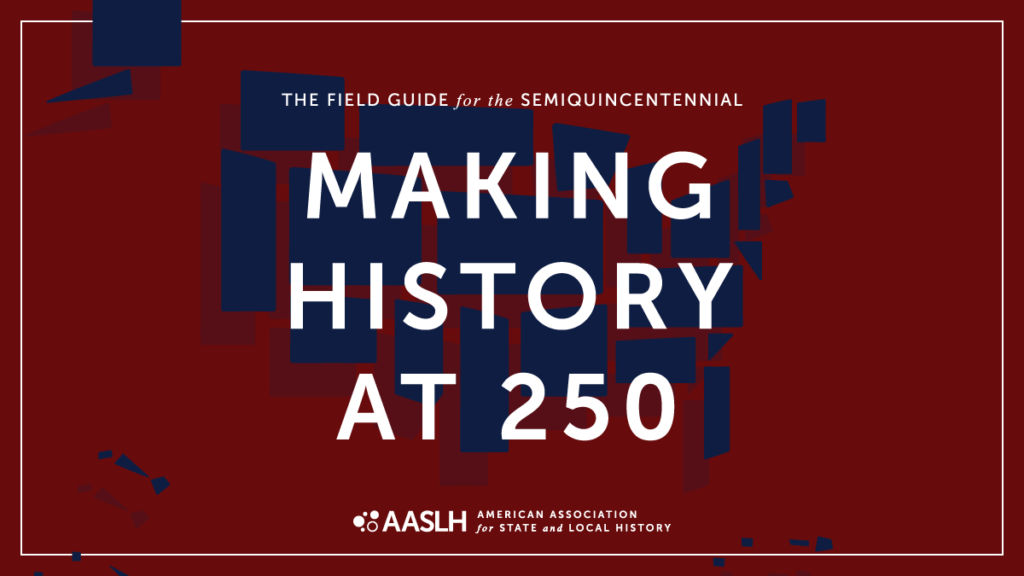 Across the United States, planning for the U.S. 250th anniversary is gaining momentum. Federal agencies, state museums, local nonprofits, and history organizations of all types and sizes have begun to plan in earnest for the United States’ semiquincentennial anniversary in 2026. This anniversary is being approached as far more than a commemoration of the American Revolution. Rather, museums, historians, and commemoration bodies are using the anniversary as an opportunity to share the full sweep of American history, beginning thousands of years before 1776 and continuing through the present.

While national planning garners much of the attention—not all of it good—most of the recent action has been at the state level. As part of the commemoration approach established by the U.S. Semiquincentennial Commission, each U.S. state and territory is expected to create or designate an official entity (a “state 250th commission”) to organize their state’s planning and programming for the Semiquincentennial. Already, twenty-four states have established such entities, with legislation pending in several others. These efforts span the country, including states with obvious links to the Revolutionary War like Pennsylvania, New Jersey, and Virginia, but also states with little connection to the Revolution, like Nebraska, Washington, Alabama, Utah, and even Hawaii.

These state 250th commissions will play an important role during the lead-up to 2026, and AASLH has provided encouragement and assistance as they are brought online. These entities will organize their state’s 250th commemoration, helping to coordinate activities among museums, scholars, tribal communities, heritage organizations, and others invested in history and heritage tourism.

State 250th commissions will also play other roles: they may serve as conduits for distributing federal funding to local institutions, and will help provide recognition to local programs, connecting them to the national commemoration.

So far, state commissions have taken several different forms. In some states, like North Carolina, the governor or legislature have simply recognized an existing agency or organization as the official planner. In New Jersey and Michigan, the state government authorized a partnership between major government agencies and private nonprofits, tasking them with leading the commemoration effort. In other states, new commissions have been established through legislation. They often include elected officials, individuals appointed by legislatures and governors, as well as representatives of the professional history community, such as the leaders of state museums, historical societies, humanities councils, state universities, and others. Commissions also often include representatives from major state agencies, like tourism bureaus, Native American affairs agencies, and others. You can find a full list of state commissions, along with links to relevant legislation, at aaslh.org/250.

Over the past few years, AASLH has played an active role in assisting the development of these state commemoration efforts. Very early on, AASLH helped attendees of the annual “State Historical Administrators Meeting” stay abreast of developments related to the 250th and encouraged them to establish a commission in their states. As states began to create commissions, AASLH also shared legislation from early adopters to help influence the shape of state commissions elsewhere. In these efforts, AASLH has advocated for commissions that can advance a broad and inclusive telling of American history, with representation from across the public history and museum community.

More recently, AASLH has also played an active role in improving the structure of state commissions. By closely tracking the introduction of legislation related to the 250th at the state level, AASLH has been able to issue advocacy alerts to state-level partners in an effort to improve bills that provided little representation for the state’s professional history community. In Indiana, for example, the first draft of the state’s 250th commission bill contained just one representative from a history museum or related organization. AASLH helped encourage stakeholders in the Indiana history community to weigh in, and the final bill has significantly more representation from the history, humanities, and education communities.

Finally, AASLH is providing resources and leadership to these newly established commissions. AASLH’s 2021 publication Making History at 250: The Field Guide for the Semiquincentennial has helped members of state commissions consider how to approach their state’s commemoration programs and make them relevant to the residents of their respective states. In Illinois, use of the guide and its historical themes was even written into the legislation creating the state’s 250th commission. Moving forward, AASLH hopes to expand its support for state commissions, continuing to provide resources and coordination support as we get nearer to 2026.

In a few months, we will be just four years away from the climax of the Semiquincentennial commemoration. By this summer, we expect there will be more than thirty state 250 commissions, spanning from coast to coast—and beyond. Over the next year or two, nearly every state will have one; the only question is if the history community in your state will be involved. If your state does not yet have a 250th commission, AASLH recommends getting in touch with state history leaders—such as state historical societies, museums, museum associations, or state historians—drawing on models from other states, and beginning to chart a path forward.

Without involvement from the history and museum community, commissions will be driven by other interests, making it less likely they will reflect the depth and nuance history practitioners can bring to the statewide and national conversation.

The Semiquincentennial offers a once-in-a-generation opportunity to reintroduce history to our audiences in ways that are inclusive of everyone’s stories and relevant to contemporary challenges. This anniversary could have a transformative impact on the field and on the country, and state level activities will play a critical role in that process. That work has begun in many states, and we hope (with your help) it will soon be moving forward everywhere.