Let’s Not Hide the Tough Stuff of History 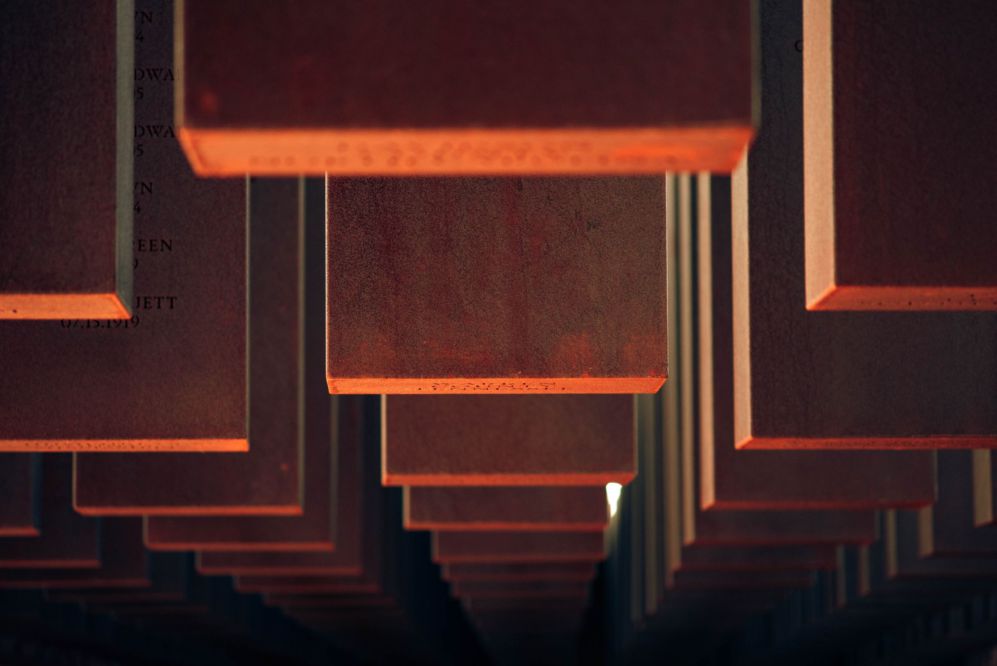 The National Memorial for Peace and Justice in Montgomery, Alabama. (Mitchell Griest/Unsplash)

Between April and June 2021, eight states enacted laws to restrict teaching about the history of slavery and racism and other so-called “divisive concepts.” Many other states are considering such legislation, and a small handful have taken administrative action through state school boards to accomplish the same end. Besides creating a political wedge issue, these laws and policies will prevent students and their teachers from engaging with the negative aspects of the American past along with the good. Such laws are meant to downplay or ignore the history of slavery. Teachers are warned away from talking about racism in any form, and students will be denied the chance to think critically about the past and how its legacies affect their world today.

Disconcerting on many counts, this legislative trend also threatens museums and historical societies. Public history organizations are destinations for school field trips, and they collaborate with teachers on lesson plans and in providing primary source-based instruction and other teacher training. As pressure builds to avoid challenging topics like racial identity and racism, there will be ruptures in how museums and historical societies support classroom educators and conduct other programs.

History organizations, educators, and others preparing to commemorate the nation’s 250th anniversary should note that these “divisive concepts” laws are completely out of step with the breadth, depth, and rigor of historical scholarship and museology that have evolved since the Bicentennial. Over the past fifty years, and especially in the last decade, historians have come to overwhelmingly conclude that racism plays a central role in the American story. It’s not the only meaningful factor, but it is far more important to understanding our political, economic, and cultural history than previous generations have thought. But where the “divisive concepts” legislation is most out of step is in how divorced it is from what Americans think about history as a discipline and how it should be taught. We all see how culturally divided and politically polarized Americans can be. Yet, liberal to conservative, across the political spectrum, the majority of Americans today view the discipline of history favorably. This isn’t true for all humanities disciplines, but it is for history.

Indeed, according to a recent American Academy of Arts & Sciences survey, 44% of conservatives and 30% of liberals and moderates said they wished they had taken more courses in American history when they were students.

There is even greater consensus in how history should be taught. A recent survey of nearly 2,000 Americans by the American Historical Association and Fairleigh Dickinson University found that most people agree on the need for a full reckoning with the past. “Asked whether it was acceptable to make learners uncomfortable by teaching the harm some people have done to others, over three-fourths of respondents said it was,” reported the surveyors. That’s right, 78% of Democrats and 74% percent of Republicans “support the appropriateness of confronting painful history.” According to this survey, respondents overwhelmingly preferred an inquiry-based approach to learning history rather than an accumulation of fact upon fact. Such a critical thinking tack is exactly what history educators and public history organizations have been promoting for years. Such an approach is exactly the opposite of what conservative legislators have cast into law in Arizona, Arkansas, Idaho, Iowa, Oklahoma, New Hampshire, Tennessee, and Texas.

Across the history community—from museums to classrooms to historic sites—we must continue presenting challenging, evidence-based examinations of state and local history.

As stated in the introduction to AASLH’s Making History at 250: The Field Guide for the Semiquincentennial, this is not a time to let up. “This moment is a once-in-a-generation opportunity to renew public engagement with history. It is a chance for Americans to learn about and reflect upon the full sweep of our nation’s past, celebrating examples of liberty, courage, and sacrifice while reckoning with moments of injustice, racism, and violence.” History teaching must be honest, open, and relevant.

AASLH will continue to promote history that fosters critical thinking, historical research, and interpretation that engage all the important threads of history, not just the easy stuff. Meanwhile, AASLH is standing with other history associations in opposition to the “divisive concepts” legislation: