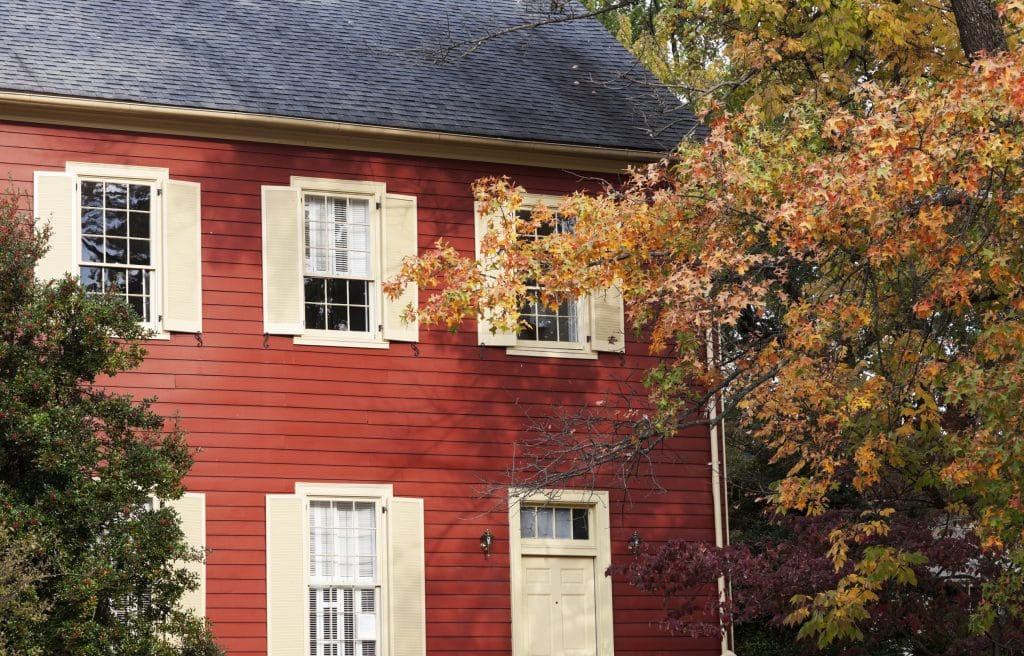 This is post number three in our series exploring the National Visitation Report. Read the posts from Monday and Tuesday, and view the report at learn.aaslh.org/national-visitation-report.

Bringing together preservation, interpretation, education, and many other aspects of historical practice, historic houses can showcase the very best of what our field has to offer. Although the size, focus, and approach of historic houses can vary widely—from Thomas Jefferson’s Monticello in central Virginia to La Casa Cordova in Tucson, Arizona, to Cliveden (of the National Trust) in Philadelphia—the vitality of these institutions is often viewed as an important indicator for the history community more broadly. For that reason, historic houses have been the subject of intense debate across the field in recent decades.

Following a surge in interest in preserving and visiting historic houses during the era of the Bicentennial, interest in many of these sites waned, prompting practitioners and institutions to ask tough questions about sustainability. As Kenneth C. Turino and Max A. van Balgooy have noted in their recent book, historic houses have been encouraged since the mid-2000s to focus on “becoming more relevant to the surrounding community, working collaboratively with nearby museums, recognizing that interpretation should evolve, and taking advantage of modern planning and evaluation tools.”

Although these broad trends hold true for historic houses of different budget levels, that analysis also raises some new questions. For example, why have the smallest historic houses struggled to keep pace with their larger counterparts? Historic houses with annual operating budgets under $50,000 reported just under 5 percent growth since 2018—the smallest increase of any budget level. This conflicts with what we found for history organizations generally and for other institution types, where the under $50,000 category reported some of the largest gains. So although visitation has increased, this disparity raises new questions about the nation’s many small, all-volunteer historic houses. Other small historic houses, however (those in the $50,000–$250,000 range) saw a much more substantial visitation increase: more than 20 percent over the period we surveyed. Interestingly, institutions in the $250,000–$500,000 range not only saw visitation grow more than 18 percent since 2013, they were the only budget level that did not experience a slight decline after 2017. 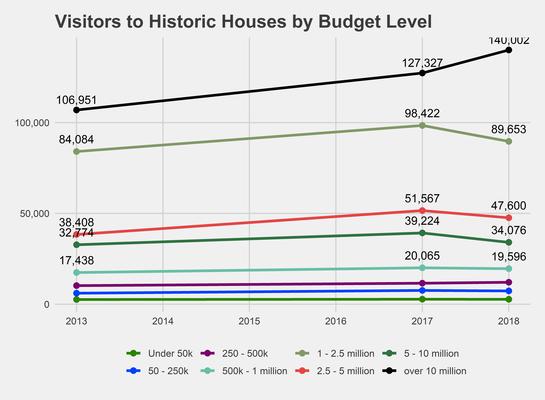 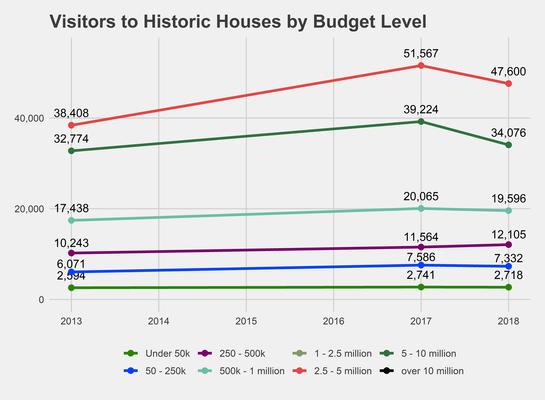 Detail of organizations with lower visitation from the graph above.

Across the country’s six major regions, we found a consistent pattern of growth since 2013 with a slight downturn in 2018. Historic houses in some regions saw particularly large gains, like in the New England (22 percent), Midwest (20 percent) and Mountain Plains (38 percent) regions. Other regions saw more modest gains, including the Southeast (9.5 percent) and Mid-Atlantic (6.4 percent).

We hope that these results not only answer some broad questions about historic houses, but serve as a foundation for asking new, better, more specific questions as well. Are historic houses with a particular focus or interpretive approach experiencing more substantial growth than others? Are historic houses focused on particular eras or sub-fields performing particularly well? What are the smallest historic houses doing (or not doing) that distinguishes them from their larger counterparts? At the very least, the increased visitation to historic houses we’ve found in our report suggests that many are doing something right, engaging audiences with compelling and relevant exhibits and programs.