When You Swim with Dolphins… 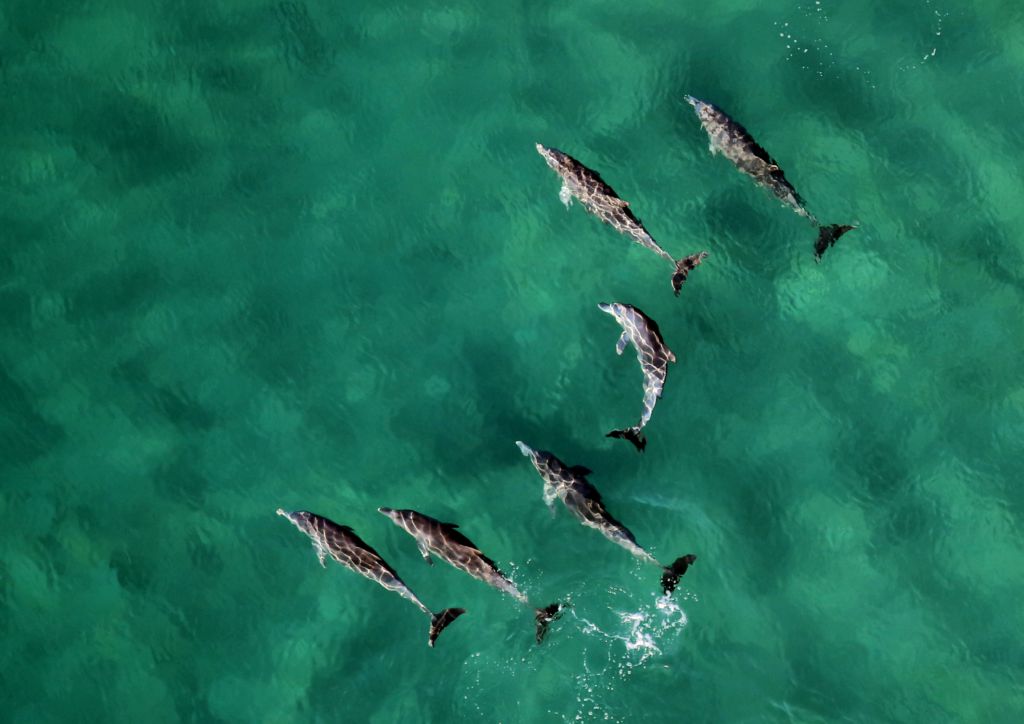 In what feels like an eternity ago, AASLH held the 2019 Annual Meeting in Philadelphia. At that meeting was a session called Shark Tank: Pitching New Ideas for Sites and Museums. Perhaps because we were in the City of Brotherly Love, the sharks turned out to be more of a self-described pod of smart and friendly dolphins. Nevertheless, the idea behind the session was to normalize risk-taking and model analysis and discussion of big ideas.

There was an idea developing in my head to combine the popularity of Hawaiian shirts in southwest Florida with the history of Venice, where I work as Historical Resources Manager.  Specifically, Venice Historical Resources and its nonprofit partner, Venice Heritage, needed a way to promote and advocate for historic preservation. I polled the history community here on what were the ten most iconic buildings that the city has lost. Several rose to the top, and the idea of wearing something about lost buildings as a conversation starter took shape. 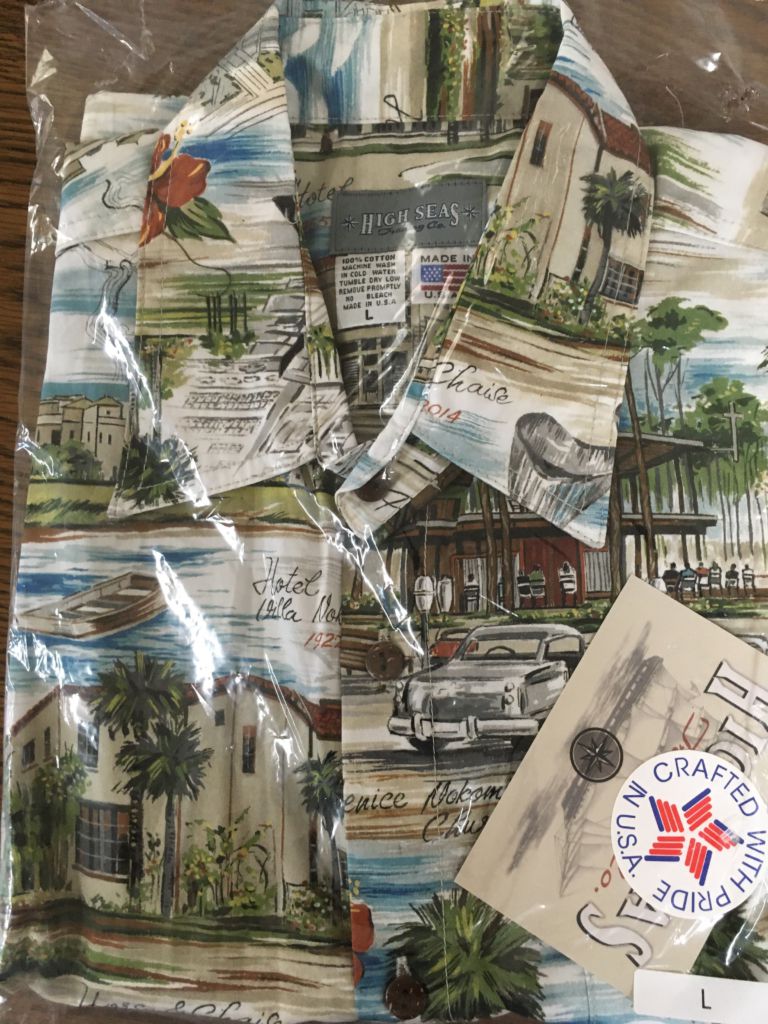 So I applied to swim with the dolphins.

My presentation—called Preservation Fashion—proved to be the winning pitch with the sharks—I mean dolphins. The pledged funds from the contest would be used to kickstart the project.  I had already started research on potential companies to do the work. Unfortunately, many of them just offered a generic print where you could slap a logo on it.  That wasn’t enough and the quality of the material was not great. But in my research, I came across a shirt that inspired me. High Seas Trading Company was selling a shirt called California Missions.  It showed a series of old Spanish Missions including the name of the mission and when it was founded.  I reached out to the company and they were very excited to be a part of the project.  The pledged funds meant we could hire one of their veteran artists to design our shirt. 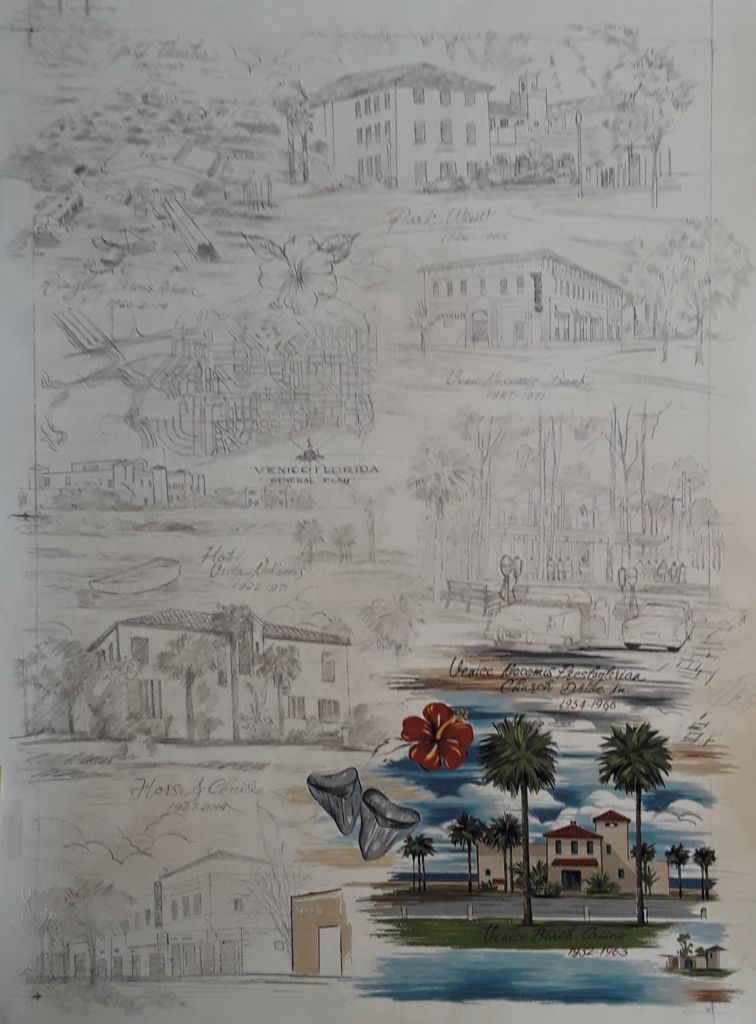 Venice Heritage and I decided we would split the costs for the actual production. We elected to go with eight buildings so as not to overcrowd the design.  The company wanted to know everything about Venice to get the feel for the community. I gathered up images from our collection on all the buildings that would be used along with a little write-up on each. We also selected small icons of the city as background or filler images—fossilized shark’s teeth (we are the sharktooth capital of the world), the famous John Nolen map of Venice, and the city flower.

It started with pencil sketches. Draft after draft was sent to us for feedback. This took several months, but we all wanted to get it just right. Once we signed off on that, next came color selection. For the buildings, it was not that difficult, but color tones for the sky, the landscape, and so forth were important regardless of how subtle they might be. We were getting close to signing off on a design so production could start—then COVID-19 delayed things. The company started producing face masks and couldn’t keep up with the demand.  Summer production turned into fall production and our time frame of having these by Thanksgiving seemed shot. 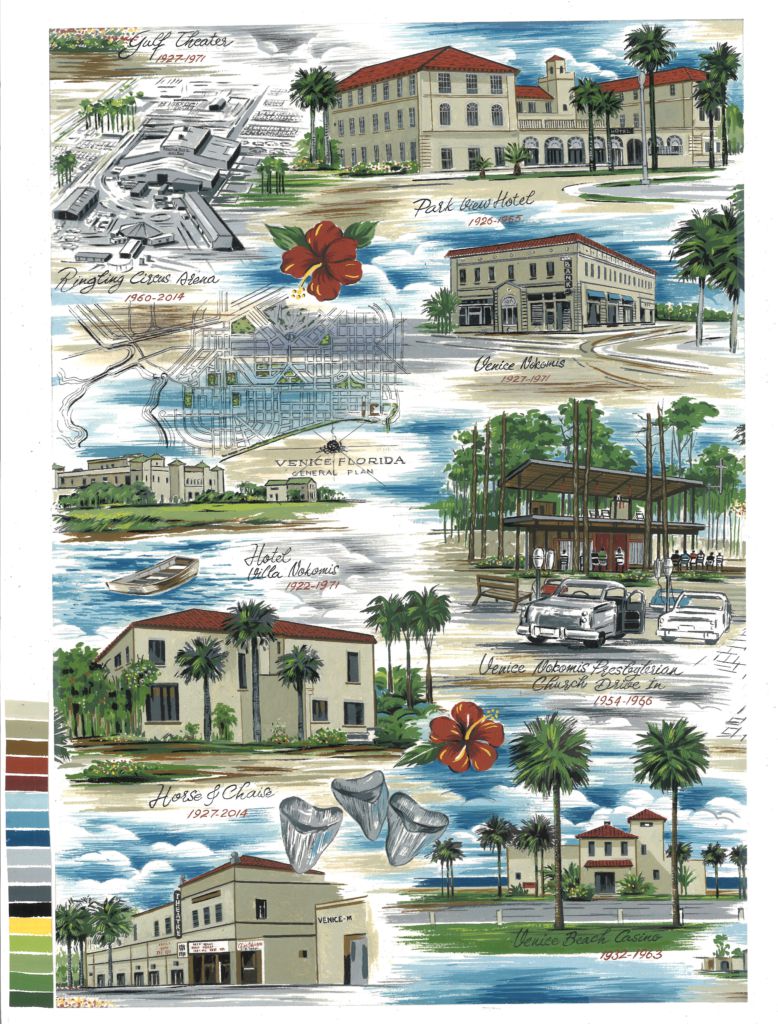 Meanwhile, we had to start thinking—and rethinking—our sales plan.  We wanted the shirts for Christmas and for high tourist season, since Venice has a lot of festivals and events that time of year. It seems like every weekend there is an art fair, craft festival, farmer’s market, etc., going on. All places we planned to sell the shirts. Then the pandemic wiped them out. Next, we approached all the clothing shops in our historic downtown to see if we could wholesale to them. The lesson learned there is that you really have to set your prices high in order to make a profit wholesaling. The shops would order them, but at cost. Eventually, we decided that shirts would be available for sale either at the Venice Museum or online at Venice Heritage.  The shirts finally arrived in mid-December. Thankfully, they received a lot of press, which got the word out about this unique item. We did more sales that first week than what we typically do in a fiscal quarter. Sales have slowed down, but are still steady.

Thanks to the dolphin-sharks, we had the inspiration and the seed money to make this project come true. Now when I do a speaking engagement or attend a meeting, I make sure to wear my Lost Buildings of Venice shirt and spark up a conversation. 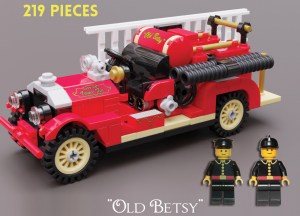 What is really great about this project is the inspiration it provided us to keep thinking like entrepreneurs. In 2020 we also created a LEGO® set of our 1926 American LaFrance Fire Truck that we also sell to raise funds and awareness. Our goal now is to come up with one new idea like this a year. Let’s hope that AASLH will continue having shark/dolphin tank sessions in the future to get others started on their projects.